The discomfiting sound of The Hourglass 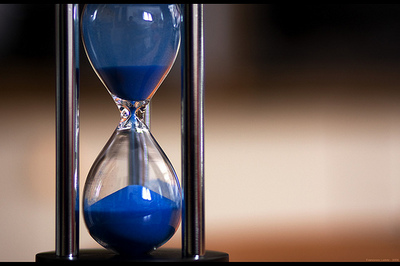 "The Hourglass" ("Pešcanik") is one of Serbia's more talked about radio shows. War crimes, privatization, politics, and justice are among the topics covered each week by journalists Svetlana Lukić and Svetlana Vuković. Our interview

"If you think it's fine, then it's nothing". This is the motto of "Peščanik" (En: "The Hourglass") a radio show which has been on the air since 2000. The show is produced by a group of intellectuals who, even though the war is over, Milošević is dead, and the bombings have stopped, are questioning whether all is well in the country. Despite "The Hourglass" program's weekly cult following of 400,000 youth, progressives, and intellectuals, the program is widely disliked among those who consider it discomfiting, controversial, politically incorrect, and inconvenient.
The show's guests include well-respected left-wing intellectuals such as Biljana Srbljanović, Ivan Čolović, Vesna Pešić, Vladimir Gligorov, and Teofil Pančić, to name just a few. Each year, a compilation of the show's interviews is published and distributed at events throughout Serbia, but these gatherings have come increasingly under attack by nationalist and extremist religious groups.
The host of "The Hourglass" is Svetlana Lukić, a journalist who started her career at Radio Belgrade in 1989 and covered the war in Croatia and Bosnia in the '90s. Her work as a war reporter put her on Serbia's "black list" of journalists who were accused of being "enemies of the people". After losing her job at Radio Belgrade in 1992, Lukić moved to Radio B92, one of the Milošević era's few independent radios, where she continued reporting on Serbia and its role in the Balkan wars. Osservatorio Balcani and Caucaso met Svetlana Lukić and her colleague in journalism and "The Hourglass" adventure, Svetlana Vuković.

"Peščanik" was born during the anti-Milošević electoral campaign. On one side there was "Otpor", the student movement; on the other, there was a media campaign in which the B92 radio program and other radio channels throughout Serbia took part. After the fall of Milošević, we started working on issues such as transition, justice, and privatization under the assumption that, by then, the country had achieved democracy. In 2003, however, prime minister Zoran Ðinđić was killed and the '90s suddenly returned. There was a clear connection between the regime and the post-regime, in particular in the connection between the government and war criminals. Ðinđić's murder has been called 'the last war crime.' At that moment, we understood that our work was not finished.

What is the difference between the work you did as journalists opposing the regime and the work you are doing today?

It was much easier for us in the '90s because everything was very clear. On one side, there were the people against Milošević; we knew each other, we were a small community. On the other side, there was Milošević and his people. We also had much more support internationally. Now, the problems are often the same but we pretend that everything is fine. The international community thinks that Tadić is the best that we Serbs can get and that he is therefore also good for Europe. In the '90s we were not treated like extremists, but now it is Obraz and the other ultra-nationalist groups on the right and us on the left.

In your view, what are the most dangerous issues to cover?

Making jokes about Tadić is the most risky thing we do. Svetlana Lukić is very irreverent. Lukić opens the 90-minute show with a commentary and, sometimes, instead of expressing an opinion, she says that Tadić is "blah" or something similar. This enrages them. But there are no taboos on the show. We know that people are very sensitive to attacks on the church but we do it anyway and we try to use common sense. It is important to highlight how the church bears responsibility for some cases of war crimes and pedophilia.

When did you start promoting the book?

In 2005. We have done hundreds of promotions all over Serbia and in Bosnia and Herzegovina but we decided to stop because the tour's police escort became too invasive and was frightening the audience. Another factor was that after the murder of Taton, they made it dangerous to promote the book.

When you say "they", who do you mean?

"They" are different groups: Obraz (En: 'Pride', an ultra-nationalist group), Dveri Srpske (connected to the church), 1389 (an ultra-nationalist group), the hooligans. But they also include the Secret Service and parts of the establishment such as certain connected tycoons who prioritize profits above all else and prefer to keep power in the hands of the monopolies instead of the alternative: a real liberalization of the market with eventual entry into the EU.

What do you think of how the government has handled recent controversial events such as the gay pride march, the death of Taton, and the wave of violence linked to football hooligans and nationalists?

The death of Taton scared them and they organized that protest against violence 1 October. Tadić effectively spoke in a way no one had spoken before. He spoke of the link between the violence of the '90s, the decade of war crimes, and the violence of today. But he knew well that was part of what Serbia wanted to hear, and talk without action is cheap. It goes back to a system of democracy based on pretense.

Our society has become deeply racist because it is founded on a series of lies that Serbs hear beginning in childhood, from the history of Serbs to the history of the church. Twenty years of indoctrination have produced a nationalist narrative which, combined with the lack of possibility to travel, has created an almost a clinical condition. We are essentially a society which is sick; they have deprived us of a chance at having a future.

How do you see the situation of the media, especially in regards to the new law on information?

Freedom of expression in Serbia is having one of its worst moments ever. For the first time in 10 years, we thought we might have to close down. We offered the show to all the radio channels and only three accepted it: Radio 021 from Novi Sad, Radio Sto Plus from Novi Pazar, and OK Radio from Vranje. Those who broadcast our show take a risk. As for the new law, it as a sort of blackmail against some media. Even though it has been enacted it probably won't be enforced, but it was enough to impose self-censorship on the media.

What does the Karadžić trial mean for Serbia?

It will have absolutely no significance here. It is important for the victims, but Serbia is still not able to confront its past. Biljana Plavšić (1) was recently welcomed in Belgrade as a star. Milorad Dodik went in person to greet her at the airport and take her to her flat in the center of Belgrade. Nobody from the government welcomed Plavšić publicly, but it is also true that Dodik is looking increasingly like Tadić's pet. Furthermore, the resolution on Srebrenica ratifying the verdict of the ICTY has been on hold in parliament for years. The verdict says that although Serbia is not responsible for the Srebrenica genocide, it is responsible for not preventing it. This is constantly ignored. Without having come to terms with the past, you cannot go forward.

In your opinion, will visa liberalization change something?

Yes, absolutely. If you do not know the world, you fear it and you are more easily manipulated by nationalist rhetoric. If young people travel outside the country, they will understand many things. Current statistics say that in addition to not having passports, 70 percent of youth cannot swim, meaning they have never gone on holiday to the sea.

(1)Former president of Republic of Srpska. Convicted in 2003 by the ICTY for crimes against humanity during the war in Bosnia and Herzegovina. Released from prison in Sweden on 27 October, 2009.