Serbia in turmoil over regionalisation 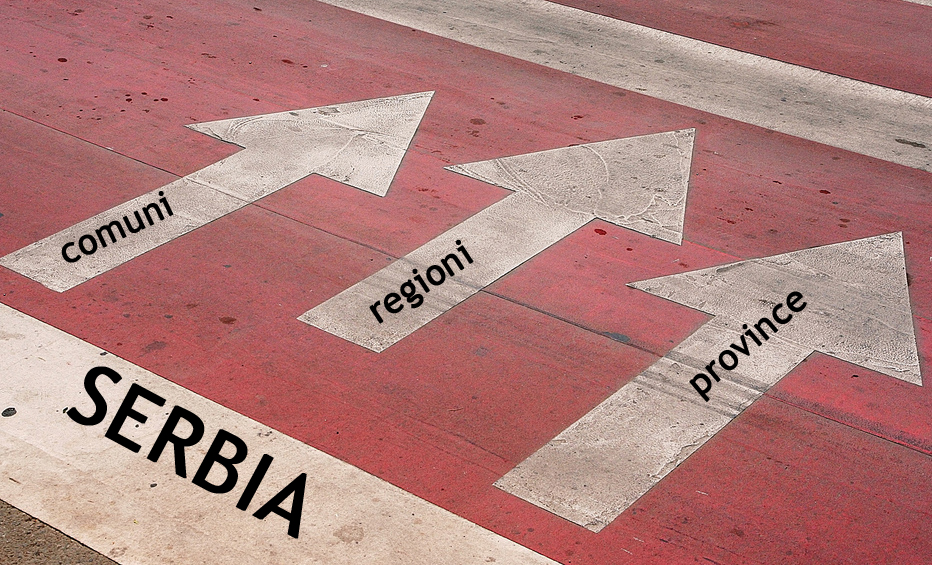 Big international agencies have paved the way with ad hoc funds, followed by institutional initiatives en route to EU integration. An overview of the process of regionalisation in Serbia

A conference on “New Regional Policies and European Experiences”, in which the process of 'regionalisation' in Serbia was thoroughly discussed, took place in Belgrade at the beginning of February. It gathered important representatives from national and international institutions, among which were members of the Serbian National Assembly, the Serbian Deputy Prime Minister for Economy and Regional Development and the Head of the EU Delegation to Serbia. Regional policies and regionalisation in the Republic of Serbia are controversial issues and are part of a political debate strongly encouraged by the EU.

Serbia has traditionally been characterised by asymmetric devolution, presently consisting of so-called Central Serbia, where local self-governments - municipalities and cities-, are the only sub-national tier of government, and of Vojvodina, an autonomous province. Linked to this is also the extremely complex situation of Kosovo, which is considered an integral part of the territory by the local authorities. Due to the intricate nature of the issue its analysis has been excluded for the contents of this paper.

While preparing for the EU candidacy status it has just obtained, Serbia was required to introduce so called ‘statistical regions’. These are not political entities. They are technical tools which are used by member countries in the EU to report to Brussels on socio-economic development at the sub-national level.

The technical name for these regions is European NUTS (Nomenclature of Units for Territorial Statistics). However, the set-up of these statistical regions entails the creation of an administrative framework which has been often perceived by civil society and political parties as a step towards political regions in Serbia.

The discussion on regionalisation and regional policy has therefore become highly politicised, shifting to some extent the focus from regional development and cohesion, which should be the rationale behind the regionalisation process, to a political struggle over resources earmarked for territorial development policies. As a matter of fact, data on poverty and social exclusion show up significant spatial disparities in Serbia.

The sharp expansion of the non-tradable sector (as much as two thirds of foreign direct investments have been directed into services) and the substantial and constant process of de-industrialisation have favoured a decline in the standards of living in rural areas. Rural poverty in 2010 stood at 13.6%, compared to 5.7% poverty in urban areas, and GDP per capita in Belgrade is 80 percentage points higher than the average GDP per capita in Serbia.

As a consequence, the process of migration from rural to urban areas, particularly to Belgrade, which has had a long and deep-seated tradition in Serbia, increased during the transition. In this context, citizens' access to public services varies widely across the country.

Interestingly, the first response to this unsustainable socio-economic situation was a bottom-up? process which started in 2001 under the auspices of international donors among which were the EU, UNDP and the World Bank.

Regional Development Agencies were established in the country by local self-governments and the private sector (enterprises and NGOs), often building on local development projects funded by international donors. This was the first significant step towards regionalisation in the country and anticipated the establishment of central institutions for regional development. Currently there are eleven Regional Development Agencies. The process has gradually gathered human and financial resources, embedding commitment to regional development in some local communities and fostering coordination among different actors.

However, Regional Development Agencies clearly have suffered from their undefined institutional and political status and are thus highly dependent for their development on personal commitment and connections. As a consequence, their actual functioning, their performance and their ability to take part in the processes under-way are greatly varied throughout the country.

The Law on Regional Development, adopted in 2009, introduced statistical regions and established an institutional framework for regional development. The first version of the Law established seven statistical regions, whose dimension was not in line with EU criteria, and defined seven Regional Development Agencies created ex novo by the Ministry without recognising the already existing ones. Moreover, regional boundaries were contested: for example Sandžak was divided into two different statistical regions. Territorial identity continues to be a sensitive issue in this Bosniak majority area, located on the border with Montenegro, where the debate over political and territorial autonomy from the centre has been extensive. This ongoing sensitivity shows how the process of defining statistical regions, which are meant to be technical tools, cannot avoid identity factors and the political dimension of regionalism.

The concept of regionalisation has in fact paved the way to a political debate on the possibility of institutionalising a mid-tier level of government (the birth of the United Regions of Serbia party is but an example of the growing significance of the process). In any case, the law was amended in 2010 reducing the number of statistical regions to five (Vojvodina, the City of Belgrade, Western Region, Eastern Region and Kosovo). Moreover, the relevance of the Regional Development Agencies created through the bottom-up process explained above has been acknowledged: the amendments of the Law in fact establish an accreditation mechanism for the existing agencies.

Division of ministries along party lines

Regionalisation policies at the state level have been further complicated by the conflicting interests of the numerous political parties in the coalition governments in the last ten years.

Political parties have tended to split up ministries along party lines, resulting in institutional overlapping and lack of coordination between processes which should have been complementary. For example, the political party G17+, that runs the Ministry of Economy and Regional Development, is responsible for regionalisation while the Democratic Party, that runs the Ministry of Finance, is responsible for the process of decentralisation. Regional development and regionalization, one the one side, and decentralization of power from the centre to local self-government, on the other, have therefore proceeded separately up to now.

This is problematic because local self-governments, as the only sub-national tier of government in the country, are very important actors in regional policies. Another factor to be taken into account is that the high level of distrust in institutions has generated scepticism in the population as to whether local management can promote positive changes for their welfare.

Regionalisation in the country is thus not just a political and economic challenge, but also a psychological one. Serbia has had to deal with the double heritage of the Former Socialist Republic of Yugoslavia and the Milošević’s regime.

Since the latter's regime fell in October 2000, profound institutional and legal reforms have came about. In fact, the regionalisation process represents a radical shift in the political life of Serbia: subsequent secessions over the past two decades have been raising relentless internal pressure and structural tensions over the handling of the territory.

The dispute over Kosovo increased political tensions and resulted in its unilateral declaration of independence in 2008. Furthermore, during 2008 and 2009 a fierce political debate over the extent of Vojvodina's autonomy resulted in the adoption of a new Statute which increased the discretionary powers of the authorities of the Autonomous Province.

Regionalisation has thus become a thorny question, which tends to raise issues of political stability and state unity as well as territorial integrity. Yet, regional policy is a key area in the process of Serbian accession to the EU and an important channel through which pre-accession funds are released.

The conference held in Belgrade last February revealed such complexities once again. Serbian Deputy Prime Minister Verica Kalanović stated for instance that “in Serbia there are many who do not recognize the importance of regional policy and what an important issue it is in Europe”. At the same time the Serbian national plan for regional development has been appreciated by the Head of the EU delegation to Serbia, Vincent Degert, who pointed out that “in the next seven years we are going to invest more than 300 billion Euros to help the poorest regions. Serbia should be prepared for it”.