Serbia: elections are approaching, pressure on the media is growing 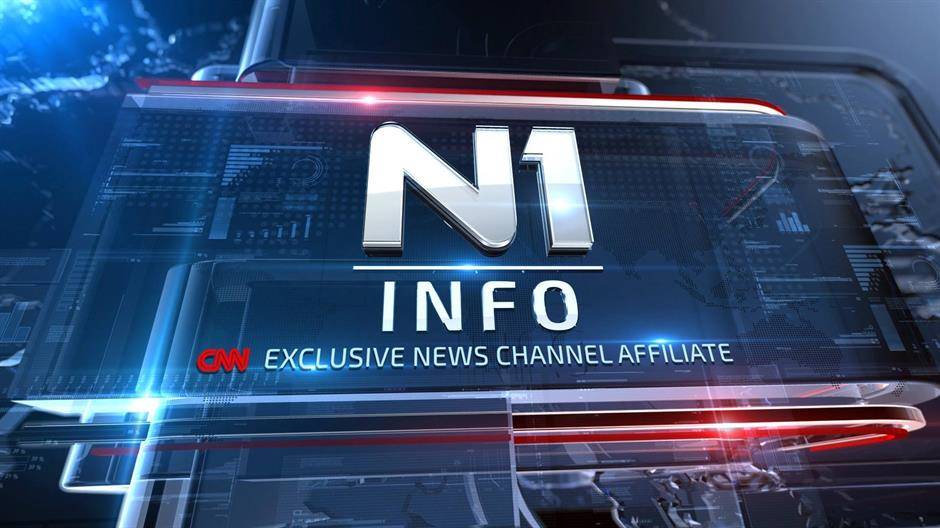 The Telekom company, of which the state is the majority owner, has removed from its cable offer N1, the only television network aimed at the general public that also presents critical positions towards the current majority

Serbia's elite, led by President Aleksandar Vučić, is putting increasing pressure on the opposition forces that have announced they want to boycott the next political elections and on the media that are not controlled by the ruling coalition; Washington and Brussels are firmly against the idea of ​​the boycott and have repeatedly called on the opposition to give up their intention not to stand in the next election; relations between Serbia and Montenegro have touched the lowest point in recent years; the Serbian opposition continues to repeat that in Serbia the necessary conditions for fair and democratic elections are lacking and does not seem willing to reconsider its decision to boycott the next elections.

This is the current situation in Serbia, where the next political elections should be held in a few months, probably in April.

The Serbian opposition is right when it claims that the government has done so far practically nothing to guarantee the conditions for holding democratic elections and that there is no time left to take any serious action in this direction, given that only three months are left to vote. The main problem, however, with regard to the elections, remains that of guaranteeing freedom of expression and equal access to the media during the election campaign.

The government is expected to soon adopt a new media strategy, announced for almost a year, and will likely seek to present the approval of this document as an important concession to the opposition. However, any decision to approve the new media strategy cannot lead to any immediate change, because it is not a law, but an act on the basis of which new laws will be drafted, which will then have to be implemented.

In addition, the leadership in power has taken a number of actions to further curb the opposition's already limited chance of reaching large sections of the population. The telecommunications company Telekom Srbija – of which the state is the majority owner – recently eliminated from its offer of cable channels the television station N1, which is virtually the only large broadcaster that gives space to the opinions of the opposition and other government critics. Telekom justified its decision by citing economic reasons and alleged misunderstandings with the company United Group, owner of N1, but United Group denied any misunderstandings. However, the fact remains that, on the eve of the start of the election campaign, efforts are being made to severely limit – by exploiting a public company – the visibility of an important outlet, one of the few not aligned with the regime.

The N1 management argues that, due to Telekom Srbija's decision to remove N1 from its offer, many families in Serbia have been deprived of the right to receive objective information and that at this moment, at the behest of the ruling party, about one million Serbian citizens who subscribe to the cable services managed by Telekom cannot watch N1. In addition, the N1 web portal, also an important source of independent information, has been the target of repeated DDos attacks for several days and has been repeatedly obscured.

That the whole affair has political connotations was also implicitly confirmed by Serbian Prime Minister Ana Brnabić, who said that N1 behaves as if it were "a political party", thus suggesting that the government does not like the way N1 does information, and that's why it's trying to silence it.

The issue of Kosovo is currently not the focus of public attention in Serbia for the simple reason that it is not yet clear how the situation will evolve, or if and when a new government will be formed, or whether new elections will have to be scheduled. The Kosovo crisis – although currently less present in the political debate (a situation that benefits the coalition government because it will allow it to focus its electoral campaign on other issues) – remains the core of most of Serbia's problems.

As soon as a new Kosovar government is formed, Belgrade will have to work to speed the negotiations on the normalisation of relations between Serbia and Kosovo, and this will also imply the need to make certain concessions towards Prishtina. And that is why the current Serbian leadership hopes that the formation of the new Kosovar government will be postponed for a few more months, that is, until the political elections in Serbia.

Most Belgrade analysts believe that the expectations of a normalisation of relations between Serbia and Kosovo, nurtured by the international community, are the main reason why Vučić and the ruling coalition still enjoy Western support. To be honest, the Serbian government has often been criticised by the international community for the deterioration of the rule of law and the pressure on the media, but Western powers have never given an actual ultimatum to Belgrade and continue to reject ​​the boycott of the next parliamentary elections by the Serbian opposition.

US Ambassador to Belgrade Anthony Godfrey recently said that the United States is "concerned about the climate in which the elections in Serbia will take place" and that the current Serbian government, if it is to be considered a legitimate government, must guarantee fair elections. Ambassador Godfrey also addressed the Serbian opposition saying: "In my opinion, the boycott of the elections would deprive many voters of the opportunity to make their voices heard. I think this is neither fair nor productive".

This statement shows that Washington (and certainly Brussels too) cares very much that the next Serbian government is not only legal, but also legitimate, and that it is able to make important and serious decisions and, at the same time, to mitigate any tensions that such decisions could trigger in the Serbian political scene. The Serbian opposition feels crushed between the demands of Western powers and the impossibility to participate in the elections under the current conditions, that it considers completely unacceptable and unfair, which is why it continues to insist on the need to boycott them.

In their reactions to the US ambassador's clear stance on the idea of ​​the boycott, representatives of the Alliance for Serbia (SZS, the largest coalition of opposition parties in Serbia) have shown varied attitudes, ranging from partial understanding to explicit anger. Nebojša Zelenović, leader of the party Together for Serbia (ZZS) and mayor of Šabac, interpreted the US ambassador's stance as a sign of concern, because if the opposition boycotted the next election, the new government and the new Serbian parliament would somehow not be entitled to make weighty decisions. "We completely understand the ambassador's statement, we also understand his concern", said Zelenović.

Dragan Đilas, leader of the Party of Freedom and Justice (SSP), reacted much more harshly, saying that Godfrey "doesn't care" about the fact that in Serbia people are beaten and driven from their jobs and that journalists are persecuted. "The important thing is that the one who enjoys your support recognises the independence of Kosovo and makes deals for several billion Euros with companies from your country without any tender. And that's why you tolerate everything he does, you praise and admire him, while hundreds of thousands of people leave the country", Đilas wrote in an open letter addressed to Ambassador Godfrey. It was Ambassador Godfrey's decision to participate in a broadcast on Pink TV, that has been conducting a harsh campaign against the opposition for years now, that prompted Đilas to write this letter.

Đilas' letter suggests that a part of the Serbian opposition would like Brussels and Washington – due to the constant violations of democratic principles, the progressive dismantling of the rule of law, and the restrictions imposed on freedom of expression by the Vučić regime – to put aside the issue of Kosovo, whose independence has been recognised by most Western countries. This, of course, will not happen and cannot happen, and precisely the aforementioned sentence from Đilas' letter reveals one of the main reasons why the Serbian opposition does not enjoy great support from the West. Because if Western powers have already received a promise from Vučić regarding the solution of the Kosovo issue – a solution that is in line with the interests and politics of the West – then they have no reason to support the Serbian opposition, who has never taken a clear stance on the Kosovo issue.

The Serbian opposition perfectly understands that, for the Serbian electorate, that of Kosovo is still a very delicate issue and is trying to exploit this situation to weaken the position of Vučić, who finds himself forced to respond to requests for further concessions towards Prishtina. This opposition strategy could prove useful in the short term, but is difficult to match with a broader perspective, that is, with the power relations in the region and with the interests of the main international actors. The Serbian opposition is certainly aware of the fact that it will be unlikely to affect the resolution of the Kosovo issue, but it does not seem willing to admit it publicly or to define a common platform in order to bring its position closer to that of Brussels and Washington.