Serbia: education, the market and democracy 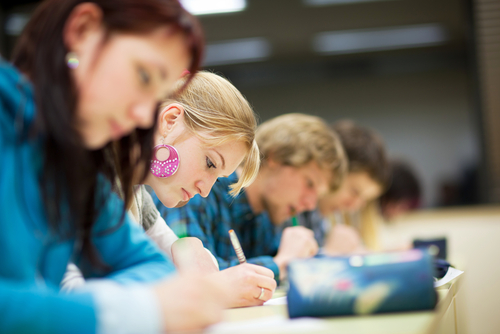 What principles should underpin Serbia's educational system from now to 2020? The answer lies in the Strategy for the Development of Education, recently adopted by the government. The document, however, does not appeal to many intellectuals denouncing it subjects education to nationalism and the market economy

"Znanje nije roba", “knowledge is not a commodity”. This was the slogan students of Croatia and Serbia shouted in unison at the end of 2009, when they took to the streets to express their dissent against the educational policies of their respective countries. Beyond the specific requests, the meaning of the protest was to denounce the tragic consequences of commodifying and privatizing education – first of all, the increasing restriction of the share of students entitled to free higher education. Despite the success of the protests, the tendency to mould national education systems according to market logics does not seem to have subsided. And so today in Serbia, three years after the protests, it is the time for intellectuals to raise their voices.

The occasion was the adoption, last October, of the Strategy for the development of education until 2020 (full text ). The document was drawn up involving dozens of experts and a number of industry organizations, as well as through public debates in various cities of the country attended by representatives of governments, the business community, students, trade unions, and non-governmental organizations. Although the final version of the Strategy is the result of a joint deliberative process (at least in intention), authoritative intellectual and academic voices have spoken up to criticize its ideological system. The accusation is: the Strategy subjects education to the needs of the free market and makes it an instrument for the promotion of nationalism.

School, the market, and the nation

The public debate on education in Serbia had already experienced a revival last September, at the conference "Education for Democracy " in Belgrade (here the footage of some interventions ), also attended by well-known critical theorist of education Michael Apple. The discussion then continued on various platforms, especially on the portal Peščanik, one of the country's most vibrant and critical public arenas, and the academic journal Reč, which devoted an entire issue to the role of education in contemporary societies.

One of the souls of the debate is undoubtedly Dejan Ilić, publisher of Reč and a socially engaged intellectual. In a detailed analysis of the text of this Strategy, Ilić denounces the serious deficiencies, both in terms of the perspective it offers on the nature of the educational process and with respect to the definition of its objectives. The relationship between school and market, Ilić says, is twofold: on the one hand, schools are "on the market" when they compete with each other in terms of quality of teaching; on the other hand, schools are "for the market" if education is organized to meet the needs of the capitalist economy.

The relationship between school and market articulated in the Strategy, writes Ilić, is problematic in both aspects. If schools are "on the market", they are forced to adapt their teaching and offer criteria of measurability (standardized tests, scores, and credits) that allow potential buyers (students and parents) to choose the school on the basis of its "market value" – which cannot but have adverse outcomes on the overall quality of teaching. If schools are "for the market", there is the problem of unpredictability: is it possible to predict what the market will demand in fifteen, twenty, or even thirty years – that is, when students who are now beginning their educational process have finished high school? School, writes Ilić, should not adhere to the capitalist logic of rewarding the "strongest", but rather act as a counterweight.

Another problem is the coupling between education and national identity. Here too, according to Ilić, the Strategy is partial and limited, since it conceives the heritage of knowledge as an asset "of Serbia", and its spread through the education system as a strategy to ensure the survival of the Serbian nation in the jungle of the global market. In this regard, critical historian Dubravka Stojanović stated that Serbia's whole educational system is not aimed at the education of the younger generation, but at nationalist politics and historical revisionism. It is scary, says Stojanović, that school can glorify Chetniks and silence the atrocities they committed, thus offering excuses to justify the crimes of the nineties and further alienating Serbia from the values of modern societies.

Another school is possible?

Criticism of the Serbian government's view of the national education system might seem sterile and obsolete to many, for two reasons. First, the idea that transitioning countries like Serbia should mobilize all their resources, including school and the university, not to be left behind in the race for a mature, competitive capitalism has long since risen to almost irrefutable dogma. Second, that school is by definition one of the main devices of creation and reproduction of national identity is a sociological commonplace.

The response of "skeptic" intellectuals, however, is very clear: isn't the very task of education to challenge dogmas and clichés, encouraging public debate and the exercise of criticism? As Ilić writes, "education should be the first arena in which students are prepared to negotiate, through argument and deliberation, the structures of the social order". In other words, schools and universities are (or should be) the place where nationalism and the market (and more) are studied, discussed, and possibly reconsidered, not the place in which they are re-enacted and practised uncritically.

The question of the democratization of education is even more important if projected into the European context. The efforts promoted by the Bologna process to harmonize educational systems in European countries (including Serbia) is a great opportunity for progress, especially in terms of student mobility and equal conditions of access to the labour market through the mutual recognition of qualifications. Yet, if the point of harmonization is to create a large education market by quantifying the value of training, the risks involved are those identified by Ilić – i.e., that school is put "on the market" and formed "for the market".