New Forms of Censorship in Serbia 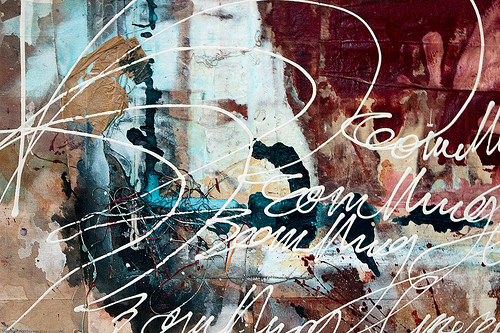 Attempts at media reform in Serbia appear to have run aground. International organizations are denouncing a number of abridgments of press freedoms within the country, which are slowly amounting to a new form of control

Media history in Serbia is a troubled history. During the 1990s, after decades of media monopoly by the socialist government, Slobodan Milošević introduced a system of media control and manipulation. The system was deemed “Slobovizija” (a combination of the name “Slobodan” and the Serbian word for television, “televizija”), and was characterized by structural controls over media outlets by the government. This machine of media warfare took on grotesque characteristics during elections, and especially during the widespread demonstrations that characterized the years 1996-7, and during the war in Kosovo.

Subsequent to the abolition of a state media monopoly, Milošević encouraged a proliferation of private media outlets, especially at the local level, as part of a deliberate strategy of “chaos in ether.” The objective of this strategy was to impede the development of a competitive alternative to the national public television channel, the powerful RTS (Radio-Televizija Srbije).

This is a difficult legacy to overcome. After the fall of Milošević‘s regime in October 2000, Serbian media transformed overnight into fervent supporters of Koštunica’s new government, just as they had a decade earlier when power passed from Tito to Milošević.

In Serbia, where the transition to democracy took place a decade later than in other Socialist countries, the modernization of the media has similarly been a slow, unfinished and contradictory process. The post-Milošević governments have shown themselves incapable of undertaking the necessary structural reforms to render the media more democratic, pluralistic and transparent.

The mechanisms of political influence therefore continue, even if the pressures confronting media outlets today are of a different nature than those they faced in the past.

At South-East Europe’s first international conference on the liberty of the press, organized by the European Commission in 2011, Gordana Igrić, the founder of the Balkan Investigative Reporting Network (BIRN), explained that, “the economic crisis has increased the vulnerability of the press to influence from economic and political elites.”

Today, however, attempts to influence the media are far more sophisticated than they were in the past.

“For a long time,” Igrić argued, “it was enough for politicians to pick up the phone in order to directly influence press publications. Today, by contrast, a sort of ideological conditioning pervades media outlets and exerts its influence through editors, who are beholden to specific economic or party interests.”

A recent report by the World Association of Newspapers and News Publishers (WAN-IFRA) and the Center for International Media Assistance (CIMA) describes the emergence of a new, insidious practice in Serbian media and politics: that of “soft-censorship.”

The expression was used for the first time in a 2005 report by the Open Society Justice Initiative. It refers to a proliferation of schemes meant to influence media content without relying on legal interdiction, direct censorship, or economic threat. These forms of influence are as underhanded as they are efficacious, and manage at the same time to maintain a veneer of media pluralism and liberty.

Media pressures include the discriminatory use of public funds distributed according to political affiliation, the abuse of regulatory powers, and non-transparent and poorly regulated inspections. In particular, the 2005 report traces public funds distributed by the government in order to influence media outlets through the allocation and retraction of public resources. As Igrić further explains, “the increase or reduction of public funding by the government generally constitutes a very persuasive ‘argument’ and a powerful tool used against media organizations, which, in times of economic crisis, are struggling to survive.”

Public expenditures are estimated to represent somewhere between 23% and 40% of the total market for Serbian media. According to a 2011 report by the Anti-Corruption Council, the largest purchaser of advertising in Serbia is Telekom Srbija, a public telecommunication company that spends around 10 million euros per annum. The second largest purchaser is the Ministry of Environmental Protection and Planning, with a budget of 1.5 million euros.

Generally speaking, advertising contracts by organs of the state contain very precise provisions that oblige media outlets to publish either interviews with public spokespersons or articles which are nothing more than puff pieces about the activities of government bodies. Despite ethical codes that prohibit Serbian journalists from engaging in such practices, there are no precise regulations that limit advertising financed with public funds.

The situation is even more troubling at the local level. There, control over the media rests in the hands of political or client networks, directed by business men often implicated in illegal economies. Over the last few years, a new custom has developed by which public funds are used to finance media coverage of local government activities. To fully comprehend the force and influence exercised over the production of content by such contracts, one simply has to cite the example of the Municipality of Niš. In 2013, the City Council put out a tender for press coverage of the activities of the local city administration. As the WAN-IFRA Report by CIMA noted, the tender offered precise specifications mandating that such coverage should be published “on the first, second, third, and thereafter, 14th, 15th and 16th page” of whichever daily newspaper was awarded the contract. For media outlets caught in the vise of the economic crisis and operating in conditions of stark competition, which are unable to support a lively public market, public financing offers a unique source of survival.

Residues of the Past, Anomalies in the Present

Perhaps the most visible form of government influence over the media comes in the shape of the allocation of subsidies to state information outlets. After more than a decade of reforms, the privatization process, which was scheduled to conclude before the end of 2007, now appears to be frozen. In addition, the current framework of media ownership is ambiguous and incoherent. According the WAN-IFRA-CIMA report, the status of media ownership in Serbia is “a residual of the previous system, and an anomaly in the present.” Public media inhabits a legal limbo, and the exact number of media outlets owned by the state is unknown.” The only available data indicates that 3.2 million euros were distributed to the media in the form of public subsidies in 2011, rising to 3.7 million euros in 2012.

The troubling conclusion is that public media financing in a non-competitive and poorly regulated context, like that of Serbia, naturally leads to indirect forms of censorship. The WAN-IFRA-CIMA Report cites the example of the public television station, “Studio B,” financed by the Municipality of Belgrade (2.5 million euros in 2013). The newscasts that went live in 2010 demonstrate how the “issues” that “Studio B” covered were above all the opinions of the local bureaucrats rather than authentic news reportage. Not only were the political leaders of Belgrade invariably represented in a positive light, but they also constituted the sole source of information in 47% of the stories covered by the news channel. At the same time, the most important opposition party was not even mentioned once.

Media, as a Reflection of Power

Serbian media does not outwardly appear to be stamped by decades of official control, manipulation, and intrigues fatal to liberty of the press. Yet, it can be argued that the health of the media is a social construction that reflects the dynamics of power at the political level. From this perspective, Serbian media continues to pay for the contradictions and delays of its own political system. It reproduces the hegemonic role of the state and the political parties within the nation.

The economic crisis has moreover resulted in the emergence of new forms of state interference in the media sector. The financial strength of the public sector has transformed into a form of political influence over the media.

For the moment, the true purposes of the system of public media financing are hidden from the Serbian public. Guidelines and information about public financing are both incomplete and hard to come by. The political elite would prefer the maintenance of the status quo or rather a total “anarchy” within the media, to any positive reforms. They are loathe to renounce their old habit of controlling the flow of information.