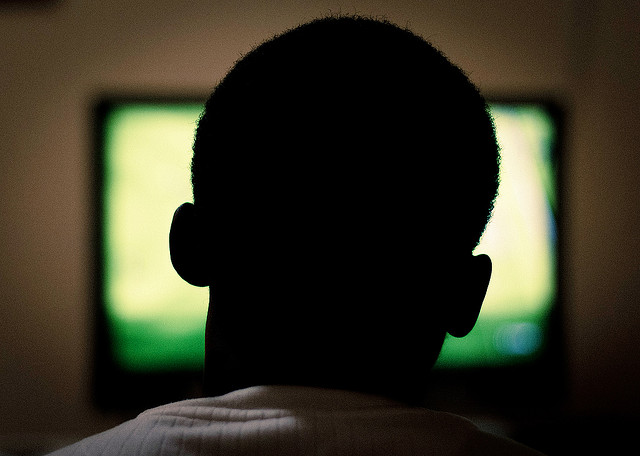 Aleksandar Vučić's government seems to be adopting a double standard when it comes to media: one for the EU, one for Serbia, with tight control over newspapers and television stations

I do not believe in chance, and I know "where all this is coming from and who is behind it". Thus Aleksandar Vučić, Prime Minister of Serbia, commented the statement by Michael Davenport, head of the EU Delegation, about "unpleasant and unacceptable" issues in Serbian media. Davenport said that elements of investigations conducted by the judiciary are leaked to the public through some media, and that the "cases" of parallels being made between representatives of civil society and crime are "a clear violation of the ethical standards of the media".

Vučić's attack to Davenport came during the broadcast Teška reč (Tough speak) on the TV Pink network. The prime minister was being interviewed by Dragan Vučičević, editor of the tabloid Informer, often criticised by the non-governmental sector and the media associations for violation of professional ethics and the habit of revealing secreted elements of criminal investigations in progress (just what Davenport referred to). In recent months, also TV Pink has repeatedly been the subject of press releases by journalists' associations and non-governmental organizations, and has been reported as a media that does not respect the rules of the journalistic profession.

If the Prime Minister may just have happened to be on TV Pink when he responded to Davenport (he was guest on the very day the interview was published, therefore it was logical for him to comment), the content of the statement was certainly very intentional. Vučić's words imply that the EU ambassador is being driven by someone to make negative evaluations and that the Prime Minister knows who is working behind the scenes. In other words, Vučić believes that the issue as presented by Davenport does not exist and that it is just a "conspiracy".

Cries of alarm about threats to media from government circles, tabloidization of the media scene, and other issues mentioned by Davenport are coming more and more frequently from both associations and independent control bodies such as the Ombudsman and Serbia's Commissioner for information of public importance. This makes them potential "recipients" of the Prime Minister's message, "I know where all this is coming from and who is behind it".

The way Vučić spoke about the EU ambassador's motives for giving bad reviews on the state of the media is consistent with the government's approach towards the media themselves. Journalists and associations speak of pressures and increasing self-censorship. The government denies it, but does not follow up statements with facts. The attempt to control the media is, in fact, obvious. As evidence of this came the last cases of dismissal of journalists from media close to the government.

Such was the fate of Srđan Škoro, chief editor of the Belgrade daily Večernje novosti, removed from office, allegedly for not doing his job well. However, professional associations and a large number of journalists are convinced that the removal is a result of Škoro's participation in a broadcast of Radio Television of Serbia (RTS), harshly criticized by Vučić's Serbian Progressive Party (SNS). The associations are therefore convinced this is a way to put pressure on the media and intimidate journalists.

Why else would the SNS decide, in this case, to issue a press release where both the journalist of Večernje and RTS that hosted him are accused of acting against the party and against Vučić? The state owns almost a third of the shares of Večernje novosti and has the ability to influence the editorial policy of RTS, since the public service is funded with the state budget. So, the harsh press release by the SNS could be explained as a clear warning to "its" media and journalists to be very careful in what they do.

In short, the message indicates that criticism of the majority party and the government is unwelcome. The message was then corroborated publicly and clearly with the decision to remove Škoro. In addition, Vučić declared in a statement that the "timing" chosen for the release by the SNS was wrong. Doing so, however, he virtually admitted he agrees with its contents, that is, with the attack against the editorial policy of RTS. For media and journalists, such a statement is even more serious a "message" than Škoro's removal.

In parliament, during the three-hour presentation of the new government, only a few hours after the harsh attack by the SNS to the editorial policy of RTS, Vučić stressed that the media system will be reformed and that the state will cease to be the owner of media. Almost simultaneously with the decision to remove Škoro, in an interview for the weekly Nedeljnik, Vučić reiterated that the state will withdraw from the media and that very soon European laws in this area will be adopted.

These two examples show the mix of hot and cold messages to local media and journalists. The government is trying to show Brussels that the organization of Serbian media will respect European principles, while letting the public and the media know that standards and practices must take different paths, especially if the media do not show the necessary degree of enthusiasm in supporting the government.

The tough stance taken by the SNS with respect to the media has become even more visible after the public opposition by well-known journalists like Dragoljub Žarković of the weekly Vreme and Olja Bećković of the popular talk show Utisak nedelje (Impressions of the week). Utisak nedelje is an independent production broadcast by TV B92 and one of the most-watched political broadcasts in Serbia. In his editorials, Žarković has strongly attacked both Vučić and the government, and his articles have been reprised by two other established weekly newspapers, NIN and Novi magazin.

Government circles are probably unnerved by these articles, but do not care too much about them, as weeklies have limited runs. The fierce resistance put in place by Bećković, on the other hand, might bother them more, but direct intervention on such a popular programme may prove counterproductive. The SNS will most likely try to find a way to "soften" Bećković's approach, but it is unlikely to take drastic steps as in Škoro's case.

It can be expected that the government and the parliament, according to the requests coming from Brussels, will be indeed adopting laws eliminating state ownership of the media in the coming months. The government seems to regard this development as inevitable. The aforementioned interview with Michael Davenport also indicates that the government is strengthening its influence on private media in an expedite manner and some of these have already responded in a positive way.

In fact, the SNS does not want to be unprepared at the time of transfer of ownership of newspapers Politika and Večernje novine, of which the state owns an important set of shares. The government will certainly try to make sure that the buyers of state shares are not persons or companies in conflict with the SNS. But, if at the end of the privatization process the state's influence on these media will be lessened, the vacuum will be easily filled by TV Pink and other TV stations as well as by the tabloids, that have huge runs and generally do not pay attention to the professional code of ethics. The main lever of influence on them is the control of the ads market, that Serbian governments have successfully exercised for years.

Through this interpretative grid, the latest attack against the media and journalists by SNS could be also explained as part of the preparations for the new structure in the organization of the media in Serbia, thanks to the new media laws that would be introduced. After these attacks, it is clear to everyone that the government has the tools to "punish the disobedient". How media and journalists will react depends on the support they perceive from the public as well as the ability of the opposition, now completely divided, to function as a control mechanism of power.