EXIT 2021: a reckless slap in the face of the pandemic? 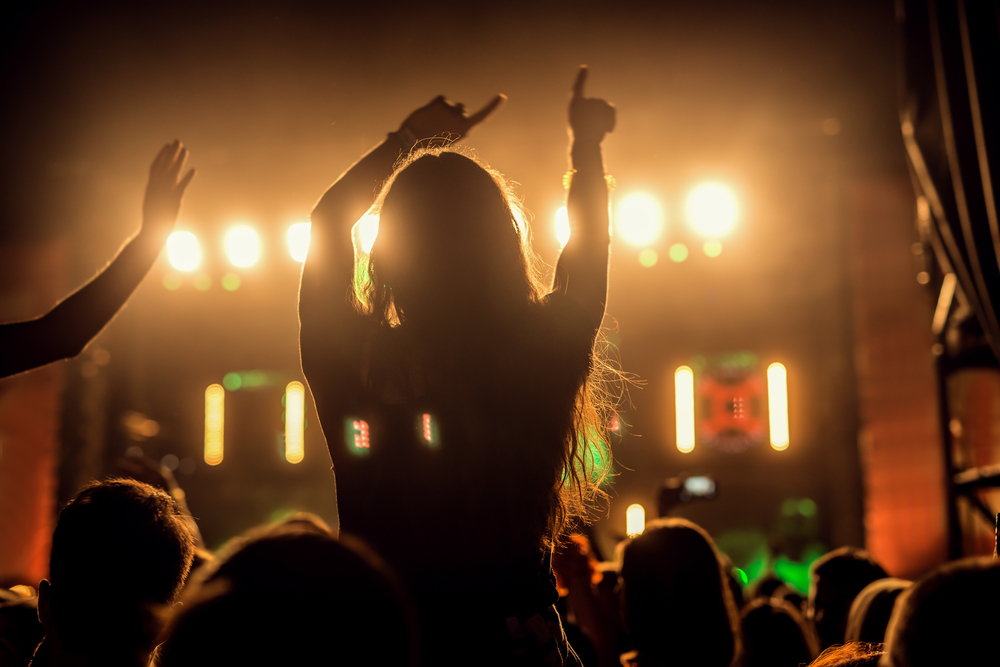 At the EXIT festival - © Dusan Petkovic/Shutterstock

The “EXIT” music festival, the first major mass event in Serbia after over a year of pandemic, has just ended. Despite the strict protocol of procedures and controls, the country is wondering whether the mega-rally was actually needed

On Monday 12 July, at dawn, the spotlight went out on the most important music festival in Europe, the "EXIT Festival" in Novi Sad, Serbia; the gates of the Petrovaradin fortress, site of the event for 4 days, were crossed this year by nearly 200,000 enthusiasts from 70 countries. Scenes such as those in the capital of Vojvodina, full of tourists unleashed in the streets of the centre and dotted with tent cities and makeshift camps near the city beach on the Danube, had not been seen in Europe for a year and a half and caused the not so young a shiver down the spine. The delta variant has also been registered and is of concern in Serbia, and the appeals of the experts were and are now more than ever aimed at caution. The country is still far from mass immunity and appears to have stalled on the vaccination campaign after a record-breaking start in Europe. Following a long forced break due to the epidemic and the cancellation of the 2020 musical event, the desire to be together without fear, however, has beaten the fear of the virus and the recommendations for prudence.

A large number of international media, from the English BBC to the US music magazine Billboard, had defined this edition as "historic", the first major post-pandemic European music festival, at a time when other such events remain in stand-by. "After a series of false starts for music festivals across Europe, as organisers face constant changes in government regulations and security protocols, EXIT is moving forward with a secure and verified security protocol", Billboard announced. Dozens of European music festivals have been cancelled or moved to 2022, such as “Szigetfest” in Hungary and “Tomorrowland” in Belgium, to name the most famous.

But how was it possible to arrive at a "safe" organisation of such a huge mass event? Already in May the main actors of the events industry, gathered in the “Safe Events Serbia” association, had started the engines of the monstrous organisational machine, presenting a so-called Protocol (actually two to be implemented in cascade) created on the basis of scientific studies conducted on several minor test events in Germany, Great Britain, Spain, the Netherlands, and other countries. The results showed that if only those who had been vaccinated, developed antibodies, or tested negative were allowed to enter concerts and festivals, the risk of spreading the infection became almost negligible, even without the use of masks or spacers.

The document, with the positive opinion of the Municipal Institute for Public Health of Belgrade and the main epidemiologists of the country gathered in the Crisis Unit for the fight against the coronavirus of the cities of Belgrade and Novi Sad, had been presented to the government of Serbia. Serbia had at that time one of the best vaccination rates in the world and the most important green light, that of the crisis committee, was given without any hesitation at the end of June. Just to understand the desire for normalcy that was around, the package of tickets on sale for the first evening was sold out in 6 minutes, sending the event site into a tailspin.

The Protocol therefore allowed access only to those who had a vaccination certificate or a certificate attesting to the presence of antibodies, a negative PCR test no older than 48 hours, or an antigen test carried out before arrival in Serbia or to be performed free of charge in the fair area of the city, which according to the latest sources carried out 14,000 of these swabs (less than 10 positives). The organisers were also required to provide an adequate number of hand disinfection stations, toilets and bars, more emergency teams than usual and, where possible, allow contactless or token payments.

“The procedures we have applied are based on scientific research carried out throughout Europe in recent months and we believe that the path we have taken here in Novi Sad will become a case study for the entire festival industry. There are many of our friends from the industry and the media who will follow our way of operating in the future organisation of other festivals", said Sanjin Dukic, director of public relations at EXIT.

The organisation of the mega-rally served above all the restart the event industry, which brings 200 million Euros a year to the coffers of the Serbian tourism industry, employing tens of thousands of people, and which together with culture, tourism, and catering plays an important role in the general economic framework of the country. The organisers, however, highlighted another equally important aspect of the event, namely the mental health of adolescents; according to the latest research, more than 14 months of pandemic have left their mark on the psyche of young people and problems related to youth depression have increased by up to 700%; that is why, according to Dusan Kovacevic, founder and director of EXIT, going back to organising events would significantly help the recovery of the mental health of young people. "There are no adequate words to describe the magic, the energy level, the emotions, and the desire for freedom that were felt in these four days. This year's EXIT was not just a festival, it was a movement of people ready – despite all the uncertainties, travel cancellations, PCR tests, and other obstacles – to be together and have fun thanks to the power of music".

It is precisely the young, on the other hand, who are now the biggest problem, due to the small number of vaccinated people among them: "Just over 17% of young people between 18 and 30 have been vaccinated. There is a lot of work to be done and we need to find ways to motivate people, especially young people who move more and who are most at risk of being infected and transmitting the virus", said Milika Asanin, director of the Serbian Clinical Centre, who then added: “We are afraid that in the next two or three weeks all these huge gatherings and celebrations will show. It seems to me that we have relaxed too much and I appeal to all those who organise parties and large gatherings to take care of the guests, regardless of whether they have been vaccinated or not. I'm not sure if everyone respects the security measures”.

Immediately afterwards, Darija Kisic Tepavcevic, an epidemiologist who is currently Minister of Labour and member of the Crisis Unit, also recalled that the situation is stable for the moment, but it can easily get out of control and that the only way out is to get vaccinated: “The vaccine protects against disease and death, and it is a collective responsibility to protect not only ourselves but also those we love most. The first dose was received by 2.772,927 people, while 2.642,507 people were fully vaccinated, that is 49% of the adult inhabitants of our country; this percentage is not enough if we want to be as ready as possible for autumn, which is the season of respiratory infections". Whether things have been done well and correctly it will be clearer in a few days, when the statistics will tell if the contagion curve has returned to dangerously rise.