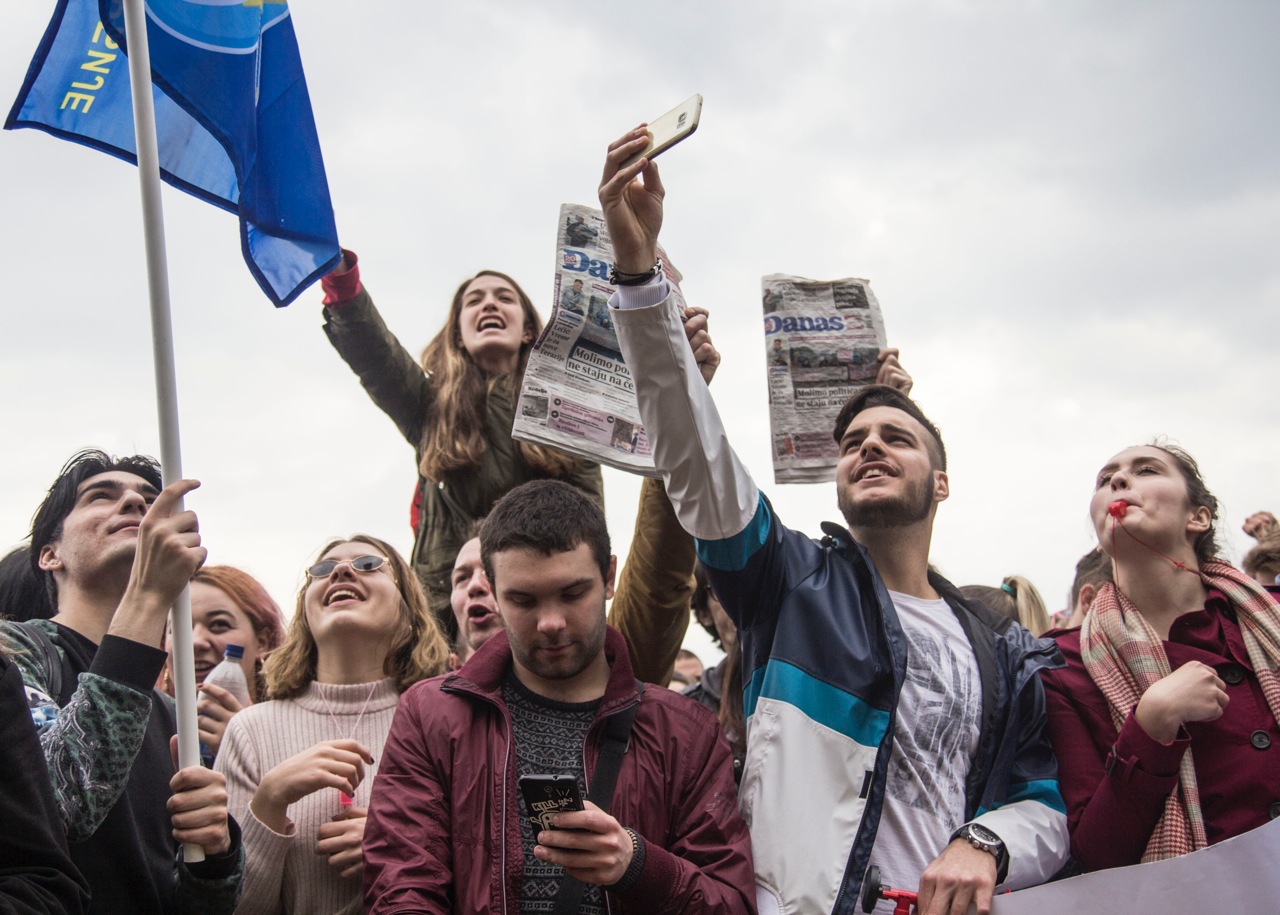 Having decided to protest until the bitter end, the students of Serbia have received the support of both the police union and the military - "Against dictatorship", against nepotism and corruption

“We're not going to stay seated any more, the time has come to stand up! That's what the chair means”. With an earnest demeanour and a combative tone, nineteen year-old Gabriel (a pseudonym) explains why he has decided to protest with a chair on his shoulders. Around him, thousands of students, young workers and citizens of all ages have taken to the streets to protest “against the dictatorship” of Aleksandar Vučić -the Serbian prime minister and now also president-elect, following his victory in the presidential election on April 2nd.

For Gabriel, newly graduated from a Belgrade high school, this is his first anti-government march, and the same could probably be said for many of those present. For more than a week, in fact, Serbia has been shaken by unprecedented protests organised by student groups from various cities, culminating on Saturday April 8th in an enormous march on Belgrade, supported by the police union and the military, involving tens of thousands of people.

“We've come from Novi Sad just for this. It's the first time there have been such huge protests and it's important to take part”, says Lazar, a young and currently unemployed law graduate. “The situation in Serbia now is very serious, people are manipulated by state-controlled television and newspapers, and few get their information from the internet”, he continues, denouncing a slide “that has lasted for fifteen, twenty years, from the days of Milošević” and concluding that “we should have been protesting much earlier, but better late than never”.

Lazar isn't the only one to make the comparison between Vučić, in power since 2012, and Slobodan Milošević, strong man of Belgrade for the duration of the nineties. Miloš and Nikola, two young Belgrade-residents, note that there's a continuity between the two Serbian politicians. “Vučić was a minister back in the Milošević days and now he's a Machiavellian politician who knows how to adapt to the current climate”, claims Nikola, a PhD student in music. His friend Miloš, an artist based in the capital, nods in agreement.

But the control of the media (with the notable exception of Danas, brandished like a flag by protestors) and authoritarianism of the prime-minister-president aren't the only things that have brought the protesters to the streets. Corruption, nepotism and, more generally, poor quality of life are brought up again and again.

“I'm here for the future of my kids”, says a middle-aged protester, who prefers to remain anonymous. “I work as a manager in a hotel, but I earn just twenty thousand dinars a month, little more than 150 euro. How can I take care of my kids with that?” He goes on to say that Aleksandar Vučić was nothing less than “a dictator”.

Complaints of the economic sort are also the main reason for the mobilisation of the police union and military, which announced last Saturday that they would support the students. Denouncing low salaries and “the disastrous condition of the security forces”, the representatives of the two unions have also released a political message. “The time when politicians use the army and police against the people is over”, said Veljko Mijailović, the highly praised leader of the police union.

The diversity of opposition to Vučić is also expressed in the slogans and banners of the protesters. They sing “Bandiera Rossa” and shout “No pasaran!”, but among the banners of the unions and those of “Ne Da(vi)mo Beograd” there's also a flag with the Russian eagle. 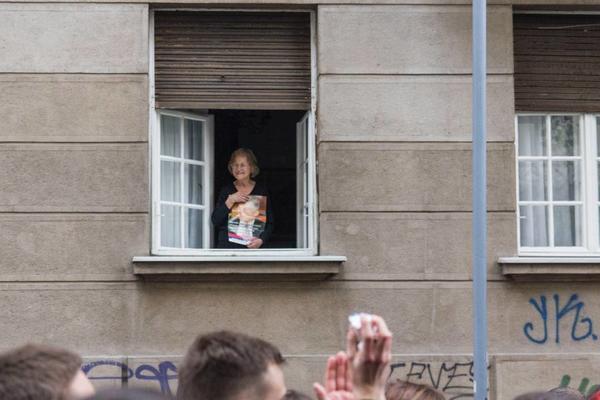 For the moment, however, the opposition to Vučić bonds these diverse and discontented groups together. “Even if we don't all have the same political opinions or ideologies, we're all opposed to something very harmful to our country”, says Mima, a marketing student in Belgrade. This “something” is “the lack of democracy” and “the fact that the presidential election was stolen”, she argues.

At her side, another student confirms this last point, pointing out that “eight hundred thousand dead people are in the electoral register”. “Imagine - the oldest registered voter was 125 years old! One could say that in Serbian elections the dead rise from the grave!”

Abused by the pro-government press, who call them “drunk” and “drug-addled”, these young protesters can nevertheless count on the support of those who protested in the past against Milošević. That's the case with Mima, whose parents “supported the protests in 1996-1997 and on the 5th of October 2000” and “now feel both nostalgic and hopeful”.

This inter-generational connection, which many of the protesters would like to see as the continuation of an “unfinished” battle against the Milošević regime, was also displayed in a scene that unfolded on Saturday on Admiral Geprat Street, when tens of thousands were crossing the centre of Belgrade. From the open window of an apartment building an old woman held a portrait of Zoran Đinđić, the Serbian prime minister and opponent of Milošević who was assassinated in 2003 in front of the parliament in Belgrade. As applause broke out and stalled the march, young protesters hurried to take photographs of the woman.

The image, shared widely on social networks, has become a symbol of the protests protiv diktature, “against dictatorship” which - the students claim - will continue until the bitter end.