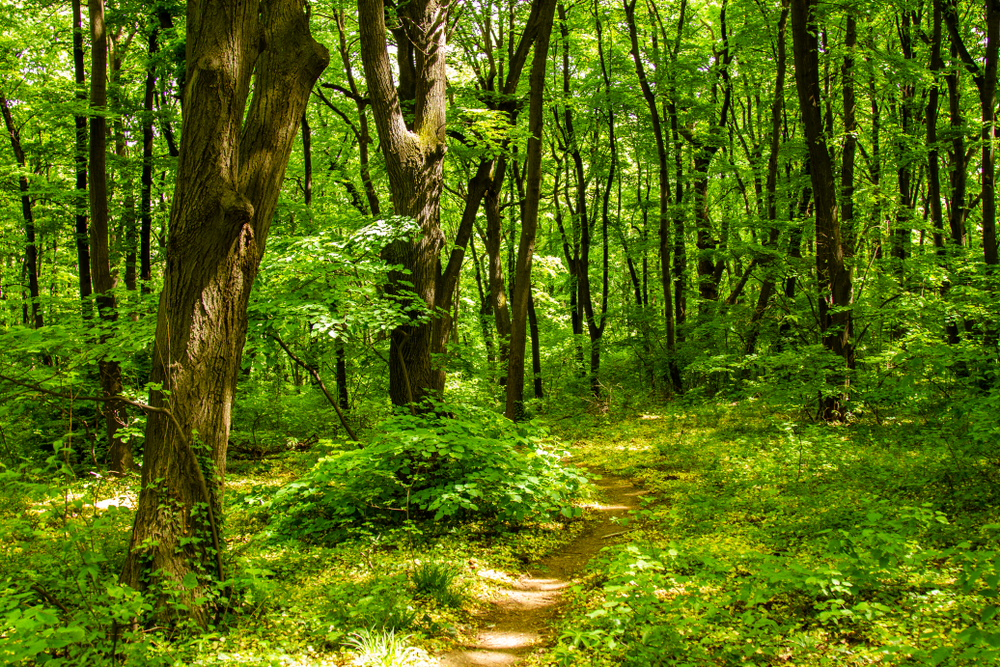 The possible destruction of almost 35 hectares of forest and green areas of "Košutnjak", a protected natural asset regarded by many as the "lung of Belgrade", has given way to a new environmental battle in the Serbian capital

In Serbia, the National Strategy for culture 2020-2029 cited the restructuring of the studios of the defunct Yugoslav film giant “Avala Film” as a nationally relevant project intended to resurrect the regional film industry. However, some think that the project serves only as a screen for the real objective of the city administration: overbuilding and construction of a new residential and commercial complex of about 600,000 square metres inside the famous Belgrade forest "Košutnjak", declared a natural monument of local importance of category III and under state protection. We contacted Dejan Jovanović, an activist and one of the promoters of the City Committee that is fighting against this project.

When was your committee born and what is its goal? Do you have any political support or are you linked to any institution?

For many years we have been active in various ways for the protection of green spaces to protect the interests of the inhabitants of Belgrade. In this case, the city committee Bitka za Košutnjak (The battle for the "Košutnjak") was born at the end of February 2019 to defend the most important natural ecosystem of the capital, first trying to stop the devastation of the most beautiful part of the area, threatened with the construction of a 1.2 million Euro artificial climbing wall, then hindering the construction of a 12 million Euro taekwondo hall, and finally from mid-June to counter the new plan of the "Avala Studios", which involves the overbuilding of part of the forest.

Against this latest project, from 8 to 12 July we collected 8,000 signatures, that is more than it takes to run for elections in the local administrations of Belgrade. Furthermore, if the elections had been held only a month later, the government would probably have fared very badly in the two municipalities closest to the affected area, Čukarica and Rakovica, as President Vučić had to step up himself publicly three times to deny the rumours about the possible devastation of “Košutnjak”, something that I don't remember him having to do for any other initiative so far. As a committee we are not supported by any political party, nor are we promoters of any political idea, even if we count on the support of numerous members of different currents. Our only desire is to protect one of the capital's green lungs.

What does “Košutnjak” represent for the city and why is it in danger?

"Košutnjak" is one of the most precious things in Belgrade, like "Central Park" for New York or "Hyde Park" for London... It is priceless, not only from an ecological and environmental point of view, but also from the social one. For the citizens of three municipalities of the capital (Čukarica, Rakovica, and Savski Venac), it represents an important part of their life and is linked to childhood memories. During the summer months in the park you find refreshment from the heat of the city; in winter, if it snows, the children play there with sleds. The protected area now amounts to more than 300 hectares of woods and meadows, a third of which is at risk of overbuilding; our goal is to safeguard it for future generations.

We are not interested in the cold numbers – the lawns they want to asphalt or the trees they want to cut down – since if we reduced our struggle to this we would end up in a trap, as the investor would formally and legally solve the problem with the promise to plant three times more in another place in the city. It is absolutely unacceptable for us to devastate such an important ecosystem for the community, which would take over 50 years to regenerate. Not only that, but a new urban settlement, a small town with around 5,000 new apartments and shops, not supported by adequate infrastructure would lead to further, dramatic city traffic congestion. We are therefore firm on our decision not to give the bulldozers one more metre.

The National Strategy for Culture considers the restoration of film studios a project of national importance...

Citizens are not opposed to the progress and development of the film industry, but we as a committee think that such a project may take place in another part of the Belgrade suburb and there is no reasonable reason to insist on its revitalisation at “Košutnjak”, also because most of the existing structures, according to those directly involved, are dated and would be useless. The true intentions of the investing company, the Czech "Sebre", are instead clear: to buy the "Avala Film" at the miserable price of 8.2 million Euros, together with the rights to many films and some equipment with the adjacent land (equal to 9% of the entire park) and build apartments, bringing the value of the area at almost 1.5 billion Euros, and pocketing the money with the subsequent sale of the properties thanks to the complicity of the city administration.

Have you had the opportunity to see the planning documentation and development?

Yes, the plan was publicly presented in the appropriate fora and the citizens do not agree. On the company's homepage , for example, there are numerous residential and commercial structures covering an approximate area of ​​almost 600,000 square metres, although different figures have been cited in other documents. It should be noted that "Sebre" is also the owner of Marina Dorcol , which recently decided to further overbuild a stretch of the riverfront that extends between the Sava and Danube rivers (4.5 km), meeting resistance and the protests of the population, that was not invited to a public discussion. Both projects are supervised by the same architect, who does not fulfill his legal obligations to represent the interests of Belgrade's citizens, but bends to those of the big capital.

What do you answer to those who believe that the project would bring improvements, also given the current conditions of decay?

You see, it is the classic excuse that a certain part of Belgrade must be "taken by the hand and cemented because rats live there"... while the government conveniently forgets that it is responsible for that negligence. In these days we have learned that the investor is thinking of coming out with a new proposal, with which he probably trusts to deceive citizens and public opinion: to present a plan with a smaller square footage and offer various concessions, endearing himself those who will be cited, by hired media, as the only representatives of the interests of the Belgrade community. Then they will also begin to gain space in other sources of information and will convince public opinion that construction is inevitable, that the property has become private and therefore there is nothing we can do about it but accept a compromise in order not to lose everything… Epilogue: “Košutnjak” was “defended by cutting down only a few trees” and the complex will be built. Instead, we strongly ask that the investor withdraw from the project and accept the return of the money invested so far, if such investment is documented. It must be clear that we will not allow any embezzlement or top-down decision that changes the status of the area.

There are those who say that you are against a requalification project, just as you reject any idea that comes from the SNS party... How do you comment on this?

Since our organisation is non-partisan and we have the support of many citizens of different political faiths, we have no reason to oppose any project that is in the interest of the community. I would like to remind all that I personally started the fight for the preservation of "Košutnjak" over ten years ago, when I asked that the house of "Big Brother" be removed from the park. Not only that, but projects to damage the wooded area date back to 1995, and several political parties have been in power since then.This means that everyone is responsible for the current situation.We will always support any reasonable plan that is in the interests of the citizens of Belgrade.

Is it true that the city administration has blocked – for now – the plan? What will you do?

It is not true that the city of Belgrade blocked the plan. The company in charge of the project continues to count the trees to be cut and the calculation of the "wood mass". “Bitka za Košutnjak” presented on 29 July, with the only official procedure possible, the request for an emergency meeting of the parliamentary commissions for transport, urban planning, and environmental protection, leading to the decision to stop this mess. In addition to continuing a systematic struggle in the various institutions, in the coming weeks we will form teams within the Committee that will have the task of constantly monitoring the surface of the wooded area and warning if woodcutters or chainsaws appear. We are preparing for a real battle. By any means.