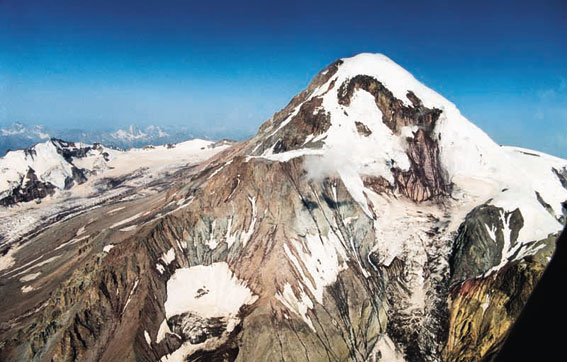 Azim is 92. Due to the bombings during the Chechen wars of the nineties, he had to rebuild his white-stone house six times. His life reflects the destiny of the Chechen People through a century characterised by war, deportations and more wars

Azim is 92 and recently underwent cataract surgery. Besides that, his health could be envied by any youth in war-torn Chechnya.

Like a mirror, Azim's life reflects the destiny of the Chechen people over the last century. In his youth, he took part in the resistance against Stalin's regime. He was arrested, declared an “enemy of the people”, and spent 10 years in a lager, where two of his elder brothers died. While Azim served his term in Siberian uranium mines, the stigma of “enemy of the people” was attached not only to him and his brothers, but to the whole Chechen people, that was deported to Central Asia following Stalin's order in 1944. Azim learnt this only after his term had ended. During the ten years of inhuman suffering in the Siberian lager, only the thought of going back home, to Chechnya, to his family had given Azim the strength to survive. Yet, after his “liberation”, he was not allowed to go back. His family and all the Chechen people had been deported well before then. Azim was deported directly from Siberia to Kazakhstan where, after months spent searching desperately, he found out that his wife and three children had died at the beginning of the deportations. Of starvation. The only survivor was a ten-year old nephew. Azim found him in an orphanage and started a new life with him.

Eventually, after 13 years of exile and Stalin's death, the Chechen people were rehabilitated and allowed to go back. Azim, who used to live in the mountains, in a tower on the Argun river, settled in a small village in the flatlands where you could see the mountains only on the clearest days. Sure, he wished he could go back to his birth place in the mountains, but Soviet authorities, even after the rehabilitation, did not overly trust Chechen people, especially those from the mountains. Perhaps they feared that clear air and proximity to the untamed peaks of mount Bashlam would inspire insubordination. And so Azim, like the rest of the exiled, settled back on the plains.

When the first Chechen war started, Azim was 75. In spring 1995, his village was surrounded by Russian soldiers and soon the bombings started. Thousands of people left their homes to escape bombs and raids, but Azim stayed. When bombings paused for a couple of days, Russian troops came for a so-called passport control. In fact, the soldiers raided the village – street after street, house after house. They took furniture, values, household appliances. The took people away – they tied them to the tanks and took them to the police station. Including Azim. Later, after his relatives found him and bought him back from the soldiers, Azim told them how the Russian officer questioning him had asked if he had fought in WWII. Azim, who had in fact spent those years in a Siberian lager as an “enemy of the people”, answered that he had. The officer continued, “on what side? Russia's or the fascist's?”. Azim astutely answered: “there was no Russia then, there was the Soviet Union”. The officer was happy with the answer, and old Azim still grins when remembering how he outsmarted the Russian soldier.

But that was not the last war in Azim's life. Some years later, military operations in Chechnya started again. Azim's house, that he had rebuilt after that raid, was burnt down again by Russian fire. Since the day in which Azim, after his exile, had settled in the small plain village on the plain and built a small house of white stone, he had to rebuilt it six times. Those Russian bombs that, according to the Kremlin, only targeted “terrorist” headquarters, destroyed Azim's modest home every single time.

Now Azim is 92. He has 16 grandchildren and a great-grandchild. He is a tall old man, blue eyes, his back still straight. Besides the recent cataract surgery, he is healthy and full of strength. If asked where he finds his strength and will, he answers “in the good”. “Evil exhausts human beings, kills them. You cannot wish anyone ill. Loving is much better than hating”. Azim witnessed much evil and injustice in his century of life, he knows what he is talking about. And so you do believe, that the lines around his blue eyes are not carved by sorrow, but by laughing and joy.