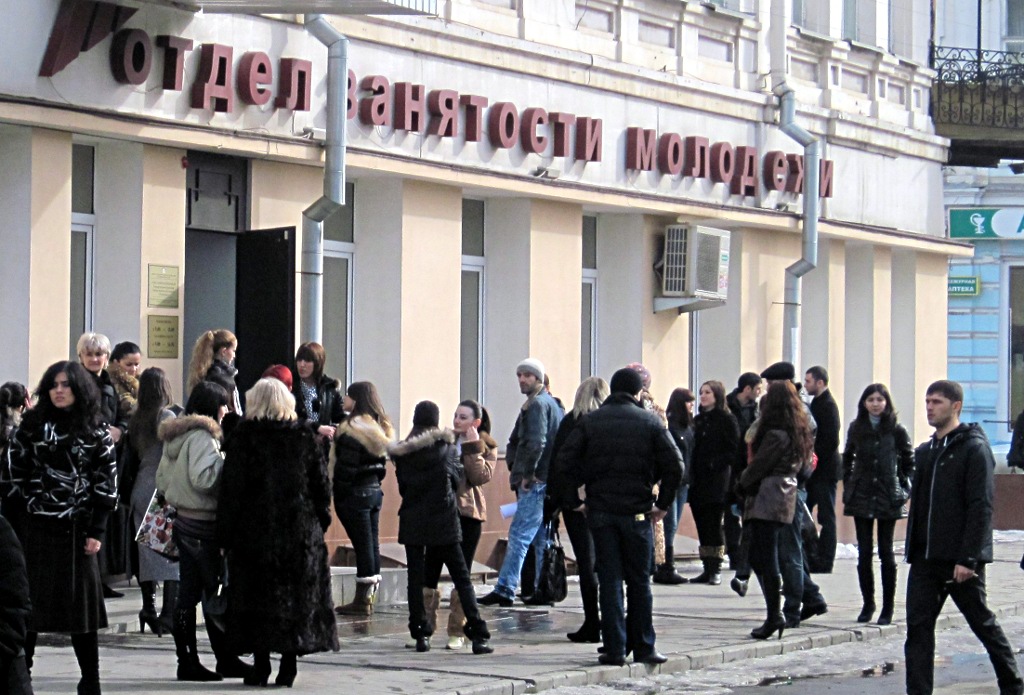 The Kremlin's new regional approach to the northern Caucasus, based on competition and economic development, includes young people as key actors. The strategy blends Soviet experiences with capitalist values

On 19 May, during a meeting among NGO representatives from the northern Caucasus, Russian president Dmitri Medvedev openly admitted that rebels in this region often defeat the government “in the ideological battle for the mind and the heart of the people, in particular of the youth.” In this context, the reference to the “youth” was not included by chance. Russian government officials increasingly emphasise the importance of involving the new generations to help construct a strong Russia, especially in the problematic north Caucasus regions. As often happens in contemporary Russia, the Kremlin launched this new action. Medvedev declared, “One of the region's main issues is the youth. Therefore, I began the elaboration of a strategy regarding youth policies in the north Caucasus. We will use adequate funds to address this very relevant matter.”

The summer camp “Caucasian Home 2010” (Kavakazskij Dom 2010), will take place from 8 to 27 August close to Kislovodsk and symbolises the new approach towards the regional policies on youth. This event will involve more than 2,000 youth between 18 and 30 years old coming from the Russian Caucasus, Abkhazia and South Ossetia. The camp’s two main objectives are to give new support to young entrepreneurship and to promote interethnic peace. The director of “Caucasian Home 2010”, Maksim Abrakhimov, said in an interview in the newspaper Otkrytaja, “If the young people come to the camp feeling ‘Circassian’, ‘Chechen’ or of ‘Russian ethnicity’, when they leave they should feel first of all citizens of a multinational space, of the north Caucasus and of Russia.” The director of the youth section of the dominant party for the north Caucasus “United Russia”, Ruslan Mustupaev, reaffirms, “Today, our first objective is interethnic agreement. In order for the youth to advance themselves, we have to make sure that new young professionals will emerge in the north Caucasus republics.”

All who attend the summer camp “Caucasian Home 2010” must participate in the “intercultural interaction” seminars and present a project that will show their initiative in the business or in the media field or that will deal with social issues. A competition will select the best 50 projects for funding. The initiative's supporters say this method will allow young people to be noticed and get started without relying on corruption and without help from close or distant relatives.

”Even though this event will involve only a small part of the region's youth, I believe that it will be a positive initiative,” commented Israpil Sampiev, a political scientist at Ingushetia's state university, “At the same time, it reveals the absence of other channels of social mobility and that in this way we are trying to create what should happen spontaneously.”

The Russian government is promoting for the first time such an event in the north Caucasus, but during the past few years, Russia’s attention towards youth policies has clearly increased. The turning point occurred in 2005. After noticing the role of the youth movement Pora in Ukraine’s “Orange Revolution”, the Russian leadership supported the creation of pro-government youth organizations that within a few months could organize demonstrations with tens of thousands of people. Among these, the most popular are Naši and Molodaja Gvardija, youth sections of the party headed by Vladimir Putin, “United Russia”.

Such large demonstrations had not been seen in Russia for years and after the collapse of the Soviet Union even the summer camps were gone along with general youth policies. The Soviet practice of strictly controlling the Communist Party’s youth section, Komsomol, sought to unify the USSR's diverse population and promote social interaction for young people coming from regions far from Moscow. Despite the disappearance of the communist ideology that permeated the youth policies of that time, the Russian government and the young pro-Kremlin activists, after 20 years, increasingly evoke the initiatives promoted during that era.

Ruslan Mustupaev, in charge of Molodaja Gvardija for the north Caucasus said, “There used to be a marvellous thing called Artek.” In further reference to the well-known summer camp located on the Black Sea’s shores in today's Ukraine, managed by Komosomol and dedicated to the most deserving young people, Mustupaev said, “Youngsters from all of the USSR's fifteen republics used to go there. Today, when we say that there are forums, summer camps and cultural exchanges we refer to these type of events. We have taken this from the past, because the events were positive experiences.”

Maria Kislitsyna, Nashi's director for interethnic peace initiatives, agrees, “The policies on youth in the USSR seemed to be very efficient in terms of interethnic relations and we can learn from the experiences accumulated during those years.” She adds immediately, “What cannot occur are pressures on the personality, because freedom of speech is a great achievement of recent years that we cannot afford to lose.”

Competitiveness and development, between Moscow and the Caucasus

The current Russian policies on youth are not merely spreading inclusive patriotism or tolerance, but support, at the same time, the country's current leadership and advocate a specific set of values among the new generations. For example, in the past few months, the “Federal Agency for Youth Affairs” promoted initiatives such as a summer camp Seliger, the main government-organised event in 2009 for young people. The camp hosted over the summer about 40,000 children coming from all over the Russian Federation. The publicly financed summer event’s main stage was decorated with five-meter-high portraits of Dmitri Medvedev and Vladimir Putin, often described as the real heroes of the Russian transition and of Moscow's new international strength.

You will understand that
patriotism means the
capacity of being competitive

The clear separation with the Soviet past is particularly evident in the attention given to the economic sector and to the business world. For example, a text addressed to young people published on a governmental website that promotes this kind of initiatives, “You will understand that patriotism means the capacity of being competitive, which is the ability of doing something new, better, faster or at a lower cost than anyone else on the planet.”

Competitiveness and economic development seem to have become the new keywords of the Russian leadership, not merely to give a new burst to the country, but also to establish stability in the Caucasus. Moscow's new strategy adopted in the north Caucasus and focused more on economic development than using force is symbolised by Aleksander Khloponin, former governor of Krasnoyarsk, where he was known for his ability to attract investment. At the beginning of 2010, he was nominated as head of the federal district that unifies the six north Caucasian republics and the neighbouring region of Stavropol. However, Moscow’s new political line does not seem to have been put into uniform practice. The local leaders' political behaviour differ in the Kremlin's approach towards individual republics, where some are daily stages for terrorist attacks and clashes between rebels and the police forces.

Clear attempts towards promoting a new regional approach are visible, starting from the planned construction of a quality university in Stavropol dedicated to all north Caucasus students. The summer camp “Caucasian Home 2010”, planned for August, seeks to increase the interaction and integration among the region's republics and its different ethnic groups.

At best, this kind of approach requires years before results are visible. Much will depend on practical implementation and how these initiatives will allow for different political views and different concept of identity. Even so, someone in the Kremlin has decided to try to look at young Caucasians not as potential terrorists, but as potential business entrepreneurs.