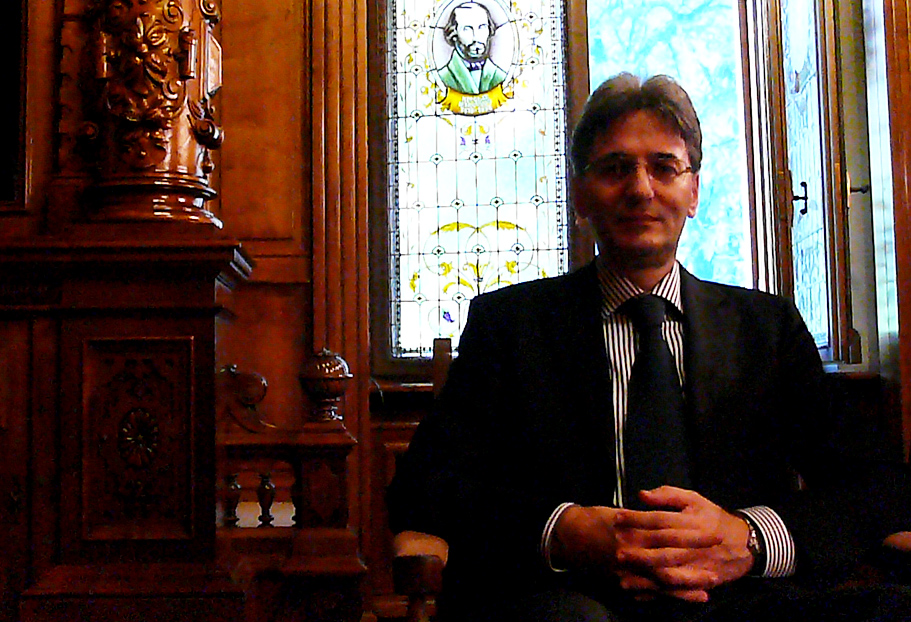 Between 2007 and 2010, Leonard Orban was Romania’s first European commissioner for multilingualism. OBC met him to discuss the present state of the European project and the challenges ahead: migrations, prejudices, enlargement and identity

Mr. Orban, what did you learn from your experience as a European commissioner?

I would probably need days to tell you all about my experience. Contrary to public beliefs, I had an extraordinary portfolio, that of multilingualism, which relates to the issues of identity, and which helped me to learn a lot about the current situation in all the member states. This experience gave me a vision per ensemble, a view not only on the level of the European Union, but on a much wider one, allowing me to identify problems, challenges and solutions, on a global scale.

How would you define the European Union today? And, what does it aim to be in the future?

It would be difficult to define the EU right now or tell what it is going to be. However, there is a clear tendency and that is the transfer of competencies from national to European levels. Take, for example, the so-called, economic-policy coordination process. For the first time, member states agreed to elaborate national budgets in co-ordination with the EU institutions. Some countries objected to that transfer, but in a world, in which the role of the EU as a global actor is at risk, in my opinion, it is the only viable solution. The concept of a nation-state, which grew up in the 19th century, is no longer topical.

The EU enlargement process slowed down in recent years. Do you think it can be revived again?

The EU is accepting the idea of a further enlargement. However, the process will last for many years. Let’s take Turkey, for example. There are still strong opinions that Turkey must have privileged relations with the EU, but we must not accept Turkey as a member with full-rights. I am in favour of Turkey’s full accession. That is of fundamental importance for the EU: not so much for the present, but in a long-term perspective. In a context in which the EU will experience great difficulties in remaining a powerful player on the international stage, Turkey would have a major contribution to the EU’s international relevance. There are a number of arguments in favour of Turkey’s accession: it has a dynamic economy, it will contribute to major issues of the EU such as energy security, dialogue between the EU and Turkey’s neighbouring countries and so on.

What is your view on the future relationships between the EU on one side, and the western Balkans and the Caucasus on the other?

Regarding the western Balkans, things are clear: there are countries such as Croatia, which is in the advanced stage of negotiations for accession. It hopes to conclude the negotiation process this year, which probably won’t happen, but the process might be completed in mid-2011 and Croatia will join sometime in 2012 or 2013. There are also countries like the Former Yugoslav Republic of Macedonia, which are not yet there; states with great difficulties like Bosnia and Herzegovina, but overall there is the clear perspective of EU accession. In what concerns the Caucasus, these are countries that lack this perspective, but through the instruments of the Neighbourhood Policy, the EU maintains special relations with the Caucasus and also with states like Ukraine and Moldova.

Despite the political processes under way, in Europe many prejudices remain. Not only about the peoples of member states, but also, and especially so, about countries that are still outside the Union and struggling to join the EU…

If we look at the map of Europe now, we will observe that the number of countries not yet part of the EU is getting smaller and smaller. It is a matter of time for the map of the EU to coincide with the map of Europe. Of course, there are prejudices, it is normal: if you look at the EU from the inside, you will notice that there are strong variations in attitudes and mentalities, including in the relations between old member states. But, political decisions are in no case based on prejudices.

Immigration is rapidly changing the face of the European Union. What is your opinion on the current state of the migrant communities in the EU, especially those coming from non-member states?

Migrant communities are, for the most part, citizens of the EU and enjoy the full rights, laid down by the EU legislation. Nonetheless, it is questionable how capable are the European states to deal with the integration of the growing influxes of migrants, coming from outside the EU and countries from other continents. I think there are difficulties here, it is not a simple process and we have less experience in that than the United States of America, but we must find the solutions to speed it up. Because the population of Europe is rapidly ageing and decreasing in numbers and, for a wide range of reasons, we need these communities coming from other parts of the world.

Would you say that the consistency, the homogeneity of the member states is threatened in any way by the growing inflow of non-European population?

Less in the new member states and more so in the old ones, a multicultural environment is the new reality on the ground. And, this reality requires a number of specific solutions, of actions, especially in what concerns the educational sector and the rights these people are entitled to have. Therefore, it is no longer a matter of a threat, a risk for the consistency of those states, but rather a challenge. And, we must find the right solutions for it. I remember visiting Barcelona once, where I was told that the population of the Catalonia had grown by around a million people in the last ten years – most of these people coming from Africa and South America and most of them being very young. So, you can see what the challenges might be, before their integration, their education, which is of extreme importance.

Throughout your mandate as commissioner you visited many migrants’ communities across Europe. What would you say is their state of mind, their spirit? Do they adhere to “the rules of the game” as such in the EU?

It is impossible to draw a generalised image of these communities, their cases are simply too different. There have been cases where some of them complained about the financial resources they receive from the national governments, others, of course, were saying that the state they are living in is not doing enough for preserving their national identity and defending their linguistic and cultural diversity. But the majority of them accept, what you called, “the rules of the game”.

Do you see an opportunity, on the longer term, that representatives of those communities play a defining role in shaping and perhaps renovating the ideas of Europe?

They are already playing an increasingly important role, as their number increases rapidly within the European societies. I remember visiting a school in Vienna. In Vienna, more than 40% of the pupils come from countries other than Austria. I was amazed by the extraordinary diversity of nationalities, of kids who have come from India, Pakistan, from China, from other European states. I think that would be a very nice example of the integration process, of how different communities become part of this construction, of the European project we are all working for. Of course, a number of factors influence the level of satisfaction with the EU, the level of integration in the various societies, such as living standard, the way these societies interact with you – if at some point you start feeling at home or you feel that all your life you will be treated as a foreigner, and so on.

You mentioned satisfaction. What do we do with the growing dissatisfaction with the way Europe works, especially among old members, traditional pillars of the EU?

There is a certain level of dissatisfaction with the way things are going. The economic crisis, for example, which spread across Europe starting with 2008, affected many people. Therefore, obviously, in times of crisis, perceptions of the European project will be less favourable, and there are other elements contributing to these moods. However, in the end, it is clear that this European construction is a process without alternative. Returning to the way things were before the Second World War, or immediately after the war, is not a solution for anybody. Of course, people say there is too much bureaucracy; that Brussels has become the centre of Europe, but the truth is that we have no alternative to what we are working with now. The solutions? We must explain more clearly what is going on. We must explain that in spite of common criticism, the EU did not fall apart, nor did its common market. During the crisis, we resisted pushes toward new forms of protectionism, and they failed, something we should be happy about. Moreover, there are fundamental values, gains, that people no longer perceive as something exceptional but they are there: free movement, the right of accepting employment all across the EU and so on. Therefore, we must explain both these advantages, but also the problems, because there are problems; and we must tell the people that other than perfecting this European construction, we have no alternative.

Does the European project need a reboot, in your view?

I wouldn’t say “reboot”. What the EU needs is a consolidation: something that can be achieved through strengthening the notion of community, which is to say that the member states need to accept a continuation of the transfer of certain national competences to the level of the European institutions.