North Macedonia, running out of energy 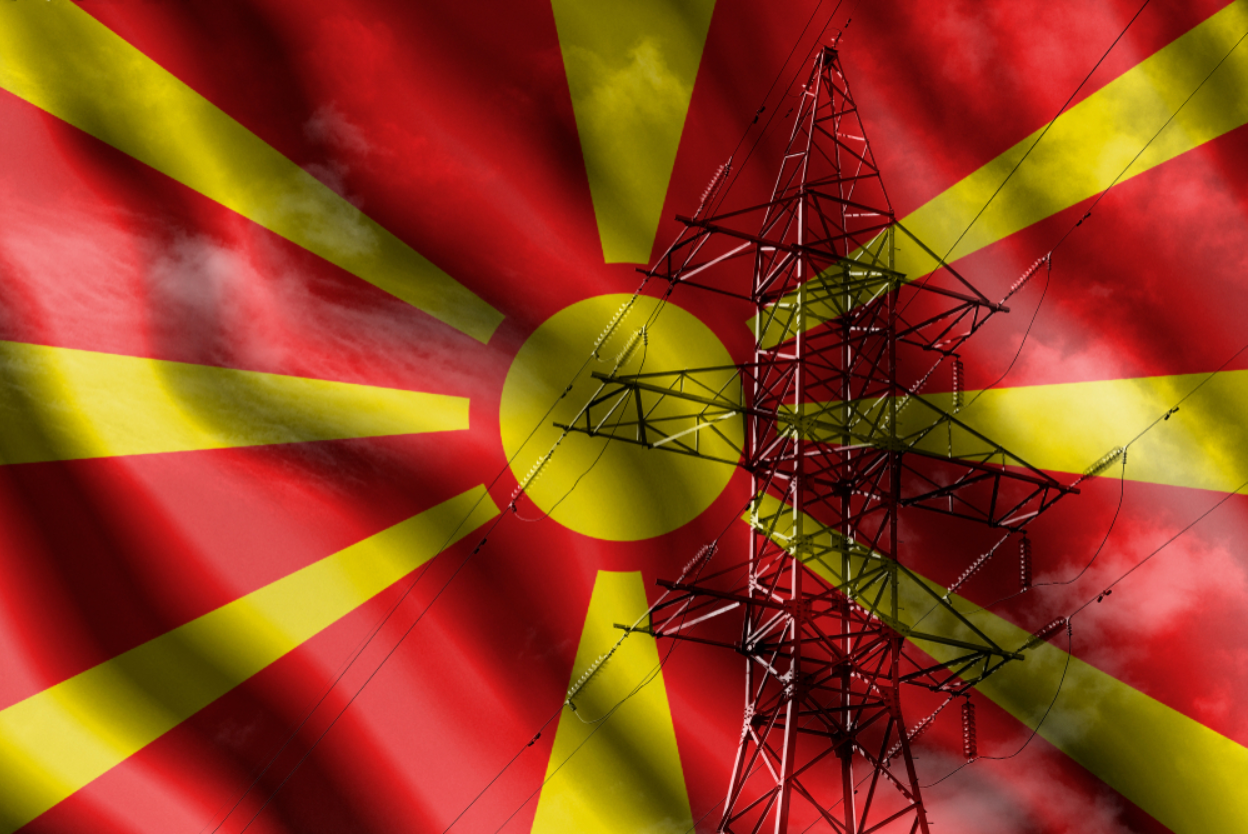 The authorities of North Macedonia have declared an "energy crisis" due to low production, increasingly expensive imports, and slowness in replacing old coal plants with new ones with renewable energy

At the beginning of November, a combination of factors prompted the authorities in North Macedonia to declare an “energy crisis” in the country, which is currently struggling to provide its citizens and businesses with electricity. The announcement caused fear among citizens, since during the winter most of the population heats their homes using electricity. North Macedonia has not yet built a gas pipeline network to its main cities and only three of them currently use gas for heating.

North Macedonia cannot produce domestically all the energy it needs and increasingly relies on imports: a problematic situation now that prices across Europe have increased drastically. In 2020 31% of the energy used was imported, but in 2021 this share is certainly going to be higher. In North Macedonia household electricity has a state-regulated price, while companies can buy from the international energy market: since in the EU electricity is bought and sold in a completely liberalised market, though, final prices are pretty high for Macedonian businesses.

REK Bitola's management maintains that 2020-2021 was a difficult period: in 2020 mines and machines were flooded, making it harder to dig coal and carry it to the plant, while in 2021 fires disabled one of the plant's generators. It is not clear how ESM plans to supply REK Bitola with the necessary coal and re-enable all the three units of the power plant.

In recent years, a number of electricity traders - which were supplying electricity companies - have cancelled contracts and paid penalties due to rising prices in the EU. Because of that, all the companies that used to buy electricity on the free market started looking for and receiving electricity from the domestic state-owned company ESM and the State Company and Electricity Transmission System Operator (MEPSO), which led to an imbalance in the energy sector.

Authorities have declared a state of energy crisis, assuring that it was declared solely with the goal of ensuring the survival of the energy companies through budget money transfers, but it will not cause restrictions of the energy supply to the population. However, experts are concerned and warn of a delayed response to the emergency.

“Restrictive measures are not currently foreseen, the crisis situation was declared to be able to inject budget funds directly into the energy companies, including ESM and MEPSO, to increase their liquidity and support the import of electricity, as our capacity is currently limited”, said Economy Minister Kreshnik Bekteshi in a televised address.

It is estimated that the MEPSO will need tens of millions of Euros from the budget to pay for the electricity that is being purchased from the European market. The question is, how capable will MEPSO be to respond to the challenge, i.e. buying expensive electricity from the EU without asking for a higher price to be paid by households? In the meantime, the European energy network has warned North Macedonia to stop absorbing electricity from the system without permission, as the country has done repeatedly to meet its needs.

MEPSO director Kushtrim Ramadani told local media that if in 2015, for example, imported electricity accounted for 33% of total consumption, in 2020 and 2021 imports increased sharply to one million Euros’ worth of electricity per day, according to current prices on European stock exchanges.

“Since we cannot produce as much as we spend, we started transferring our imbalance to the European network, which we should not do. We have to increase domestic production as we know and can, or we will be forced to import at the current prices, which reach 270 Euros per megawatt-hour”, Ramadani said.

University professor and energy expert Konstatin Dimitrov told local media that there was not enough transparency from the authorities as to how the millions of debts to the EU networks were incurred and warned that according to the decree on energy crisis there is not even a provision on liability.

“The decree practically relieves from responsibility all those who do not fulfill their obligations to companies. That's a terrible thing to do. They will not take any responsibility for something they have agreed but did not deliver. Neither MEPSO as an operator, nor ESM, nor EVN, nor anyone else. Those who did not think, did not organise the work are freed from responsibility", warns Dimitrov.

The government does not want to talk about the responsibility of the managers, and demands understanding now that it needs to face the crisis. "Now it's not the time to open such a topic, but to deal with the crisis. Managers who worked irresponsibly should be held accountable", said Economy Minister Kreshnik Bekteshi.

Families pay the price of the crisis

Due to the lack of gas as a means of heating homes, many households in North Macedonia use a thermal storage stove as the most common type of electric heating. These stoves accumulate heat at lower electricity tariffs. That is why citizens are afraid of price increases, which according to the news articles will change in 2022.

The president of the Energy Regulatory Commission, Marko Bislimovski, assured that as a regulatory body they will use all the mechanisms at their disposal in order to put the price of electricity under control.

The decree for energetic crisis states that if there is not enough electricity, the first to hit the consumption limit will be the flashing ads, the lighting of the streets, squares and other buildings will be reduced to a minimum safety level of lighting, then the lighting of the shop windows will be limited to a minimum safety level, and as a possibility ban on the use of electricity for additional heating of business and office premises could be imposed.

The assurances of the authorities that there will be no restrictions on households and small businesses are of little consolation, given the warnings that the crisis will cause a price shock. What is certain is that it will not happen until the New Year, because till then the price of electricity will not be corrected. But for the following period, there are no certainties. Everything will depend on the capacities for domestic production, for which the precondition is the procurement of coal.

Plans for the future

According to the decree, the state has activated the thermal power plant Negotino (TPP Negotino) - built in 1978 and last operated in 2009 - which uses fuel oil for fuel. Furthermore, the construction has been announced of several renewable energy power plants, such as Lukovo Pole, Boskov most, Strezevo, Galishte, Cebren, but none is operational yet.

North Macedonia, together with Greece and Bulgaria, should build and operate a gas power plant near the Greek city of Alexandroupolis, but this project is currently only at the level of signed agreements. Part of the plans for electricity generation with the help of gas also applies to REK Bitola, given the need to invest in renewable energy instead of coal as part of the strategy for transition to green energy.

The gas infrastructure in the country is still under construction. Only one of the three main lines Klechovce-Negotino is ready, while Negotino-Bitola and Skopje-Tetovo-Gostivar are not yet completed. The National Gas Company announces that the construction of an interconnector with Greece will begin in 2022, enabling the connection to gas terminals and thus the opportunity for North Macedonia to buy gas from anywhere in the world.