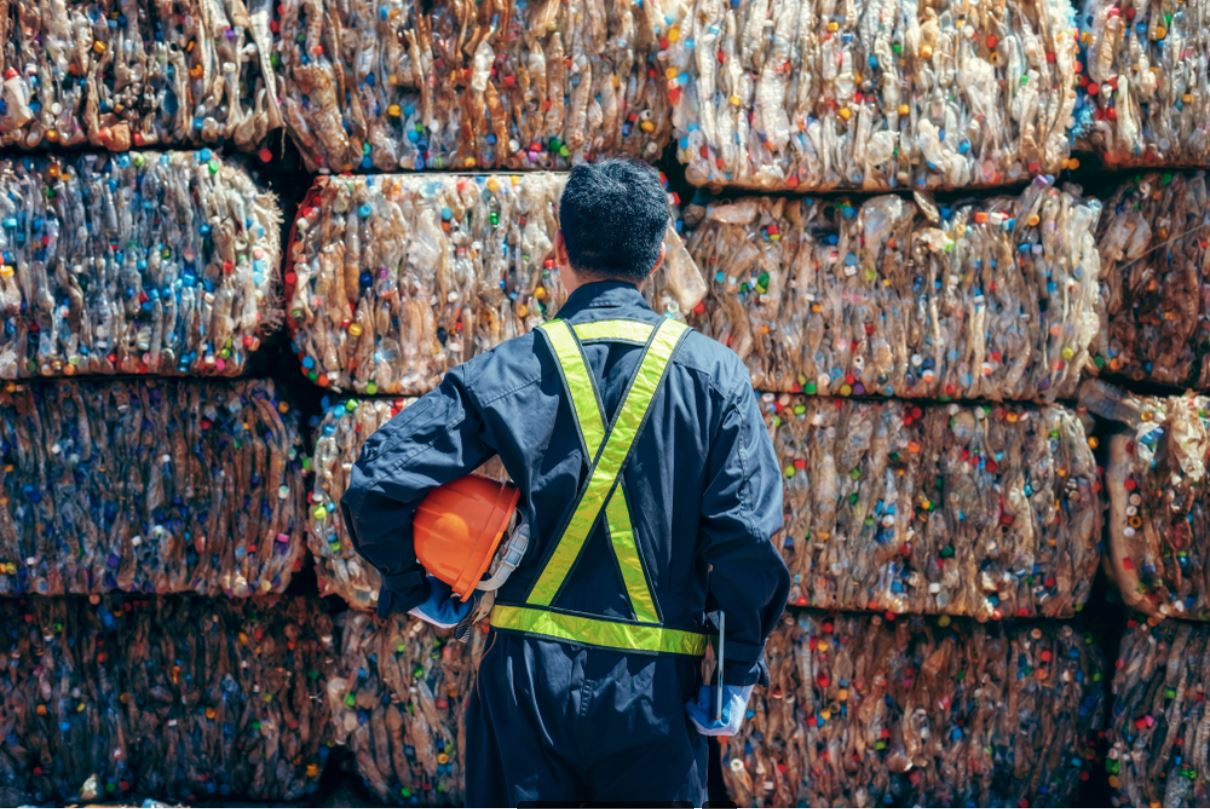 Despite some success stories, recycling remains at extremely low levels in North Macedonia. According to experts and observers, the country needs to quickly develop a waste management strategy

Households collect all kinds of waste in one bin and then empty it into street containers. Then garbage is taken by municipal utilities trucks to a landfill, where it is stored on the ground. This is waste management in North Macedonia, with extremely low levels of waste selection and recycling.

Waste up, recycling down

Statistics confirm the dire situation: while the total amount of waste collected in the country has been constantly increasing, recycling is going the opposite way. In 2017 North Macedonia generated 787,000 tons of waste, of which only 0.6% was recycled. In 2018, waste increased to 855,000 tons, with a 0.5% recycling rate. In 2019, waste reached 916,000 tons, while the recycling capacity dropped to a mere 0.3%.

Officials from the Ministry of Environment and Physical Planning argue that the current legal framework is appropriate and harmonised with European Union standards, but laws, strategies, and plans for waste management and environmental protection are poorly implemented at the municipality level.

Municipalities should first start working on waste selection: there is almost no sorting of waste in more than one bin, i.e. there should be one (yellow) for plastic packaging, glass, paper etc. and one for mixed, non-recyclable waste.

The EU Parliament on waste management in North Macedonia

In its latest country report on North Macedonia , published last March, the European Parliament touched also on environmental issues. After reiterating concerns about high levels of air pollution, especially in urban areas, the report calls on Macedonian authorities to commit to increasing wastewater treatment and recycling capacities and to develop integrated regional systems for the treatment of municipal solid waste.

“Thus, the waste from the yellow bin would not go to the landfill, but would be separated in paper, glass, plastic etc. and recycled. At the moment, citizens are not ready to select, nor do they have any infrastructure to do so. Greater control and supervision by the municipal inspectors is also needed”, says to OBCT Ana Karanfilovska Mazneva, head of the waste management department at the Ministry.

In its 2020 report on waste management performance, the State Audit Office concludes that selection and separate collection of municipal waste is only performed in some municipalities and to a limited extent. The level of recycling is also low. Therefore, there is a need for intensive action by the state, local authorities, and the business sector to improve in this area.

The local media often single out the city of Prilep, firmly in first place for the selection of waste in the country and contributing as much as all other Macedonian cities together, including capital Skopje. With a population of 75,000 inhabitants, the city generates every year a total of 28,000 to 31,000 tons of waste, of which the Public Utility Company Komunalec manages to select and sell up to 13,000 tons of selected waste – almost half of the collected quantities.

Only in 2020, this utility company managed to select and sell 822 tons of waste paper and cardboard, 87 tons of various types of waste plastic and PET packaging, 56 tons of nylon, and 78 tons of glass packaging from the city. In addition, about 3,000 tons of construction debris were collected with their own containers for construction debris, which cover the municipal landfill with municipal waste. The company also selects 2,000 to 3,000 tons of additional waste materials (textiles, furniture, wood, etc.), but they are not currently sold in the country or abroad.

The city is requesting, but has not yet received assistance from the state for even greater waste treatment through the construction of a Secondary Selection Center.

According to the legal framework, the territory of North Macedonia is divided into eight regions that have their own regional landfills. Despite the good intentions, however, there garbage is just dumped on the ground and not processed.

“The idea is to turn them into centres for overall waste management. When household waste bins are distributed, secondary selection should be done in regional landfills and then the collected paper, cardboard, glass, and plastic should be sold to the private recycling sector and thus finally reduce the waste left all over the country”, explains Ana Karanfilovska Mazneva.

Igor Makaloski – a representative of one of the companies that collect selected waste in cooperation with the municipalities – believes that it is necessary for people to become more aware of the benefits of waste selection. He says that though his company cooperates with over 40 local governments in Macedonia, where over 70% of the 2 million population lives, they collect only 1,800 tons of packaging waste.

“Unfortunately in North Macedonia very often we only have statements when it comes to ecology. Together, we need to be more committed to this issue. There are shortcomings in the collection process and part of the installed equipment is constantly vandalised by unscrupulous citizens. But that does not absolve us from the responsibility of finding ways to collect packaging waste and dispose of it in appropriate locations”, explains Makaloski.

Activist Branko Prlja (founder of the groups "Give, do not throw" and "Do not throw, do not pollute" to raise awareness about recycling, reuse, and reduced use in order to preserve the environment) says that the state should be more actively involved in the process of recycling.

“Ban, restrict, or tax non-recyclable materials. Thus, they will not be used and will not end up in landfills. On the other hand, it can help subsidised companies to recycle them or facilitate transportation to countries that can recycle them”, he wrote in his blog.

Many deadlines in selection and recycling targets in various national plans have already expired: the reuse and recycling of 50% of household waste was expected for 2020, but remains an unfulfilled goal to this day. Environmental research also shows that garbage left on the ground and emitting harmful substances and gases is one of the causes of air pollution, which is also a major health problem in North Macedonia.

In its latest country report on North Macedonia , published last March, the European Parliament touched also on environmental issues. After reiterating concerns about high levels of air pollution, especially in urban areas, the report calls on Macedonian authorities to commit to increasing wastewater treatment and recycling capacities and to develop integrated regional systems for the treatment of municipal solid waste.