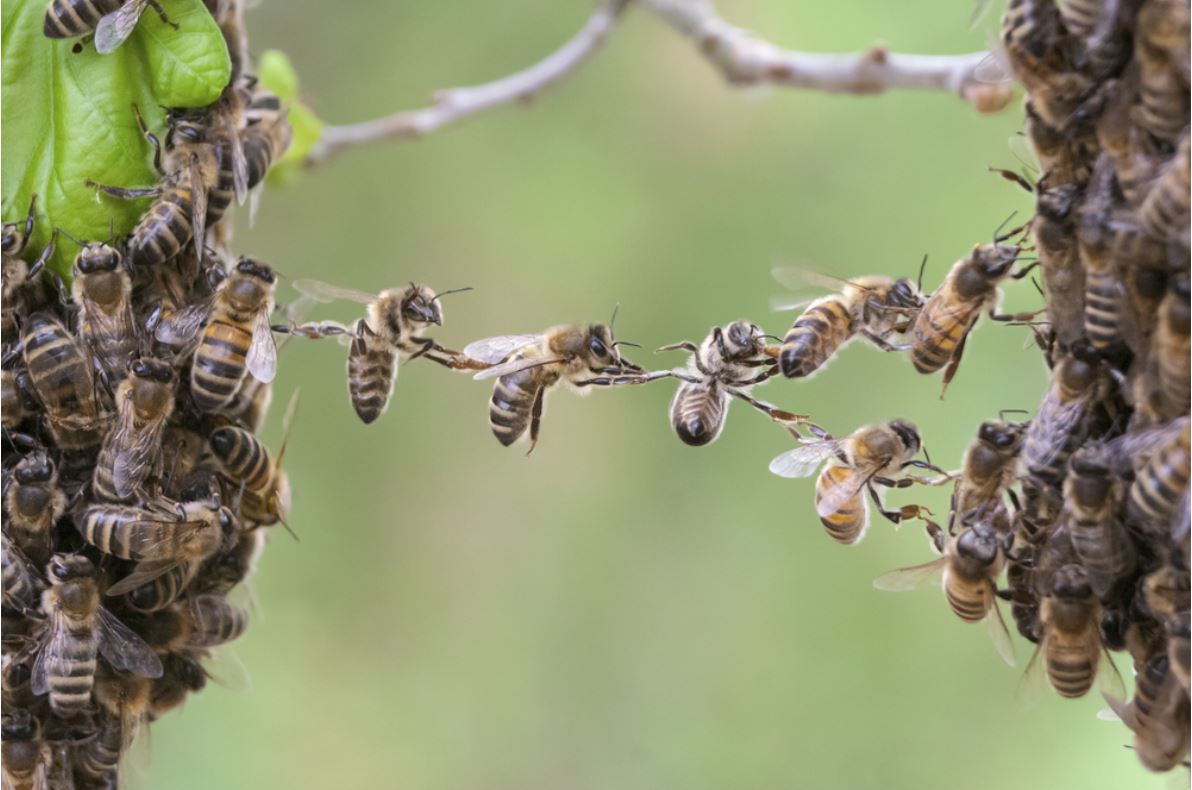 In Tetovo, in North Macedonia, the main communities – Macedonian and Albanian – remain divided on many fronts. Driton and Vladimir, however, decided to overcome differences through a common passion for bees and honey

In Tetovo, a city in northwestern North Macedonia with some 52,000 inhabitants, there are several ethnic communities that are politically, religiously, and socially divided. Yet, there are areas and activities where inter-ethnic cooperation and unity are strong. Macedonians and Albanians in Tetovo, the most numerous communities, are also the most divided, having fought on opposite sides during the short armed conflict of 2001.

Albanian Driton Dikena and Macedonian Vladimir Petrovski run a local beekeepers associations. For two years in a row, they have co-organised the first and only Macedonian-based international competition for quality of honey “Tetovo honey awards”, and the events "Sweet Days of Tetovo" and "The Park of Bees".

Driton, 44, is a lawyer. He is a Muslim, and loves to drink espresso and smoke cigarettes during meetings in coffee shops. Vladimir, 43, is an Orthodox and a police inspector: he does not smoke, loves macchiato, and has hunting as an additional hobby. Although they have different religious and ethnic backgrounds, they share a common love for keeping bees and making honey. Vladimir has been doing it for 9 years, Driton for 7.

Together we can achieve more

Driton and Vladimir met at one of many beekeeping seminars and trainings. Their very first conversations were about big projects for the development of beekeeping, including the competition for quality of honey, which they later created.

“The first time we tried and applied together to an international organisation for a beekeeping development grant, we were rejected. Nonetheless, we did not waver in the idea that together we can achieve more. Thus, with the competition for honey quality, we became recognisable not only in Tetovo, but also throughout the country, in the Balkans, and Europe", says Vladimir.

Driton and Vladimir share the same attitude towards bees and beekeeping, which is about community and togetherness. They say that, in order to be engaged in beekeeping, one needs to love bees more than mathematics – to care for bees more than for profit. When they started working together, they agreed that common interest would come first.

“I think Plato was a beekeeper: one of his masterpieces, 'The Republic', seems to describe the life of a bee family. These are highly evolved creatures: they want order and peace and that is why we fall in love with their perfect nature”, explains Driton. “When I started 7 years ago I woke up to a childhood dream. We grew up with bees around our house, because the neighbours kept them, so it is also an idea that comes from love and not from some material interest”.

"I started to study their lives, and when I realised how they function and exist I fell in love with the bees”, says Vladimir. “I think it does not matter how much effort it takes, but the most important thing is to keep the bees alive and healthy as our family".

Bees have no nation or faith

We asked Driton and Vladimir whether and how their small community of beekeepers sends a message to Macedonian society in general, and how they manage to overcome the many individual and collective challenges they face.

“Other people see us and know that we are Macedonians and Albanians, but personally we have never talked about it. No need. We are beekeepers, bees have no nation or faith, they unite us”, says Driton. “Diversity is the colour and beauty of cooperation. This is how we set an example: we do something together for higher goals. Cooperation between different people is not a problem. When you have a higher goal, success is possible".

“Politics creates divisions, honey and bees unite everyone. At our meetings people speak both Macedonian and Albanian. There are no obstacles. We look at things from the angle of common development and so it should be in every sector of society”, says Vladimir. “People are greatly impressed that we work together, I believe we create a positive impact”.

Driton and Vladimir also hope with their activities to involve and encourage women, currently rarely engaged in beekeeping.

“We are trying to promote something new: natural cosmetics from honey. We believe that there is potential to foster women's interest in beekeeping also through cosmetics”, they say. “Thanks to working with our wives, we realised that women are often more skilled than men in many activities, like queen bee transplants, which is very delicate and precise work”.

Driton and Vladimir are glad that, at a time when air pollution in North Macedonia is a big challenge, their work can give an important contribution. During the “Bee Park” event, all the beekeepers who come to Tetovo plant a tree by the river – one that is part of the honey-making process, such as chestnut, acacia, and linden – as a sign of their commitment to cleaner air.