What can Germans and French learn from Serbs and Albanians? 24/01/2018 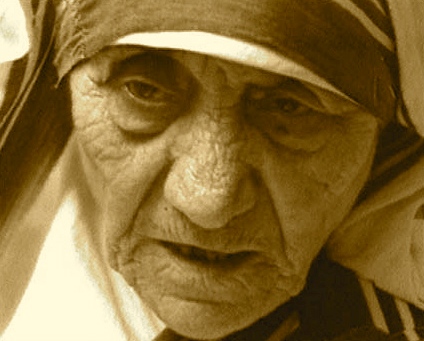 Mother Theresa, one of the icons of the 20th century, was born in Skopje. Her place of birth commemorates her with a special award for humanitarian engagement and a Memorial House in the centre of the capital of Macedonia

Today her closest company is young Skopje skaters. They like the smooth marble and the many curbs and sharp edges around her small square. Skater blogs indicate that the best skating ground in Skopje is next to Mother Theresa.

She would not mind this company, many would agree. Amidst a siege of Beirut in 1982, to save some other young skaters, she negotiated a ceasefire between the Israeli army and the Palestinian guerrillas. Children had been trapped in a hospital near the front line. Mother Theresa made the war stop and led the Red Cross to take the children to safety.

She was born here, in the Vlach neighbourhood, on 26 August 1910, in what was then the Ottoman Empire. There is confusion concerning the exact date of her birthday. According to some sources, it was a day later, on August 27. That was, however, the date of her baptism in the Church of the Sacred Heart. She considered this day as the beginning of her Christian life.

Mother Theresa's monument is located at the site of the no-longer existing church: halfway between the Stone Bridge and the Old Train Station, in the centre of town. She attended the church with her school friends and sang in the church choir. When the church was destroyed in the 1963 earthquake, the Communist authorities were not eager to restore it.

On this very spot, the government is now building the Mother Theresa Memorial House. Foundations were laid in May and the memorial should be completed by the end of the year. It will comprise a monument, exhibition, an open gate, and a shrine. A local architect, Vangel Bozinovski, won the project on an international competition. The structure should combine traditional style with architectural materials never before used in the country.

Mother Theresa lived in Skopje until she was 18, when she left for Ireland to join the Sisters of Loreto, from where she proceeded to her true home, Calcutta. In all truth, she always felt her real home was with the poor.

The great missionary said, "By blood I am Albanian, by citizenship Indian, by faith a Catholic nun, by calling I belong to the world, but my heart belongs to the heart of Jesus". Anton Sereci, a novelist, used this quote last year at the Macedonian parliament's 10th anniversary commemoration of Mother Theresa's death.

Mr. Sereci was one of the people who received Mother Theresa's award this year. The prize regularly goes to people with strong humanitarian engagement, or who have dedicated themselves to researching the great woman's life.

"The Saint of the Gutters", as Life magazine once called her, was born as Agnes Gonxha Bojaxhiu, in a family of Albanian descent, originally from Skhoder, Albania. She was the youngest child of Nikola and Drane Bojaxhiu.

Her father died when she was eight years old, after which her mother raised her as a Roman Catholic. Early in her childhood, she became fascinated by stories of missionary work and already at 12 she decided to commit to religious life. She left Skopje in 1928, at the age of 18. The rest is history.

"She is the United Nations. She is peace in the world," a former UN Secretary General, Javier Perez de Cuellar, once said of Mother Theresa.

In 1980, a year after she was awarded the Nobel Peace Prize, the city of Skopje declared her an honorary citizen.

In her unselfish giving, she also gave something to her place of birth: and it is a lot, it is the right to associate itself with this contemporary saint.

When celebrated conductor and great humanitarian, Zubin Mehta, visited the country last summer for the Ohrid summer festival, Prime Minister Nikola Gruevski gave him a small statue of Mother Theresa. Skopje should be proud of being able to claim even a little bit of Mother Theresa's greatness.

The recent book, Mother Theresa of Skopje, by Stojan Trencevski, a devoted researcher of the great woman's life and president of the association with the same name, explores the life of the Bojaxhiu family in Skopje over generations and sheds light on her childhood years. The book stresses the emotional connection Mother Theresa kept with her native town over the years.

Whether Mother Theresa actually ever said those words, or they are just a product of clever storytelling, Skopje should be proud. It receives a chance to show that greatness and love can grow everywhere.