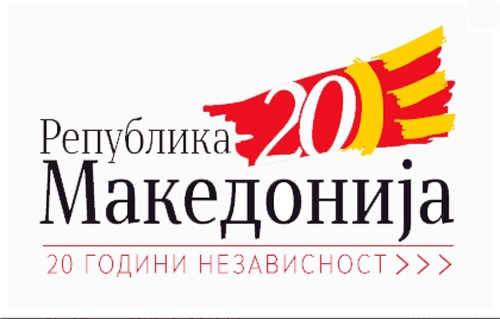 The Republic of Macedonia has recently celebrated its 20th anniversary. So far, the country has succeeded as a multicultural democracy. However, many challenges are yet to come and the name dispute with Greece is still keeping Skopje distant from the EU

On 8 September 2011, the Republic of Macedonia marked 20 years of existence as an independent state. The important anniversary was celebrated with a new airport terminal, new asphalt on the streets of Skopje, a fleet of new, extravagant double-decker buses for the capital, many new monuments, museums, a triumphant arch and much more. Some media in the region commented that the main celebration was like the “slets” during Tito’s time. There was not much political unity over the celebration. The opposition boycotted it. However, that is part of Macedonia’s political tradition by now.

The country was the third of the former Yugoslav republics to declare independence when the socialist federation started to dissolve and plunge into war in 1991. Slovenia and Croatia preceded it, declaring independence in June, whereas Bosnia and Herzegovina (BiH) followed suit later that year in December. Montenegro declared its independence in 2006 with a closely contested vote to finally part ways with Belgrade. Kosovo, which was not a republic in the old Yugoslavia, but an autonomous province of Serbia, unilaterally declared its sovereignty in 2008. Serbia does not recognize Kosovo’s secession but under US leadership most of the international community recognises the new state.

Strangely enough, 20 years later Macedonia is the only country that emerged from the old federation with Yugoslavia in its name. Because of a dispute with Greece, which does not recognize its neighbour’s right to use the name “Macedonia”, claiming it to be its exclusive cultural heritage, the country was admitted into the UN under what was then called a temporary name of “the Former Yugoslav Republic of Macedonia”. The puzzling prefix persists today and the so-called name issue, a unique problem in contemporary international relations, continues to weigh heavily on the fledgling Balkan democracy. In early 2008, because of the dispute, Greece vetoed Macedonia’s entry into NATO, despite staunch support for Macedonia by the US.

Athens has also effectively been blocking Macedonia’s accession to the EU. Macedonia is a candidate since the end 2005 but it cannot get a date to start accession talks before resolution of the name dispute. The bizarre name dispute is Macedonia’s single most critical problem in international relations and has effectively turned the country from a frontrunner (not counting Slovenia) into a laggard in EU integration. Macedonia signed its Stabilization and Association Agreement (SAA) several months before Croatia, in 2001. Now Croatia is entering the EU whereas Macedonia risks being overtaken by Serbia, which only signed its SAA in 2008.

Perhaps Macedonia’s problem is easier than Croatia’s territorial dispute with Slovenia, which delayed Zagreb’s EU integration for more than a year and was not resolved before causing a strong internal political crisis that eventually led to the resignation of Croatian prime minister Ivo Sanader. His successor, the current prime minister Jadranka Kosor, quickly reached a deal with Ljubljana. Croatia is now scheduled to enter the EU by mid-2013. Many would also agree that Macedonia’s obstacle on the road to the EU is also lighter than what Serbia may have to encounter because of its conflict with Kosovo, a state that has been recognized by 22 of the 27 EU member states.

Ohrid and the ethnic factor

Along this line, some would argue that Macedonia had it easier in the turbulent 90s when the world saw a Balkan powder keg packed with ethnic feuds. With an Albanian minority of over 20%, and strong ethnic tensions in the first decade of its existence, the country somehow managed to avoid a large-scale armed conflict. During the 90s, many referred to Macedonia as the “oasis of peace” amidst the war-torn region. When Macedonia’s armed conflict started in 2001, mostly as a spillover from the 1999 Kosovo war, it was short and confined (60 casualties on the Macedonian side; an unknown number on the Albanian side).

Early and decisive intervention by the international community and also Macedonia’s responsible political leadership brought a quick end to the military conflict. A peace deal changed Macedonia’s political genome and transformed the country from a national state of the Macedonians (with all others as minorities) into a shared multicultural polity. As a curiosity, due to ethnic Albanian’s sensitivity to what they felt was the demeaning term “minority”, the Ohrid 2001 peace deal changed the constitution to refer to “non-majority communities”.

Some would simply say that Macedonia came out of the conflict as a bi-national state. That argument is probably too narrow. Second, it misses a broader point (sadly also overlooked by the country’s EU mentors). Probably the most important credit Macedonia has earned the right to claim is that it functions as a multicultural democracy. As such, some would say it is a rarity among the former Yugoslav countries. And, in terms of respect of the rights of different ethnic groups, one could argue Macedonia is even ahead of some EU member states. This came neither easy nor because Macedonians are very cosmopolitan. Over the 90s, they received a bad reputation by denying educational rights to the Albanian compatriots. Only standing at the brink of the disaster taught the country some sense.

Still, Macedonia has a problem of fragility. When it declared independence, some thought Macedonia would last only a few months. A big part of this fragility lies in the relations with its neighbours. The dispute with Greece, which does not recognize its name, is only the most known of the identity issues the country has with the countries surrounding it: Bulgaria does not recognize the Macedonian language (feeling that Macedonians are Bulgarians converted during communism); the Serbian Orthodox church does not recognize the Macedonian Orthodox church. Relations with Albania are shadowed with the issue of the large Albanian community in Macedonia.

The other factor of fragility comes from within. Macedonia’s demographics are bound to change in 20 years; shifting the balance between the two largest ethnic groups (the late Samuel Huntington’s Who Are We? Challenges to America’s National Identity discussed the same prospect in the USA). When that happens, according to some, bi-nationalism and a confederation will have to become more tangible than they seem right now. Some Albanian politicians in Macedonia do not hide their preference for a confederation or a cantonal organization, even right now. This long-term prospect interplays with the risks coming from the region. Efforts to partition the Serb-dominated north of Kosovo would inevitably put pressure on Macedonia. And, the same chain reaction could be ignited by secessionist drive of the Republika Srpska in BiH.

Could the fact that Macedonia reached 20, and with its second decade more stable than its first one, be a sign that there is strength lying behind, or perhaps even coming from within its fragility? Macedonian and Albanian political parties seem to have learned to share power quite comfortably. Even the smallest ethnic groups, such as the Vlach, enjoy cultural rights. The proverbial multicultural melting pot, as the saying goes, is more like a salad bowl (Macedonia is a name for a salad both in Italian as well as French). People do not melt in, they stay the same. A good juice is needed to mix the ingredients, and that juice is democracy. The best way to explore this strength for Macedonia would be by further strengthening its multicultural fabric. As crude and imperfect its political process may be, the country is, for all its shortcomings, a free polity. There are no guarantees, however. Most recently, signs of democratic backsliding have become increasingly visible.

If the successor states of former Yugoslavia would be divided by prospects for political stability, Macedonia would join the grouping of ex-Yugoslav republics, which carry more baggage for the future. Slovenia and Croatia have fewer problems, not in small measure because of substantive cultural homogeneity (even though Croatia will inevitably be affected by what happens in Bosnia). Macedonia is in the other, less stable, camp with Bosnia, Serbia, and Kosovo. Bosnia is, sadly, a basket case. Serbia’s prospects depend on political developments with Kosovo (and Bosnia). Macedonia will have a lot of work to manage both its internal diversity as well as adapting to regional dynamics. At the end of the first 20 years, so far so good.