Macedonia at the mirror II 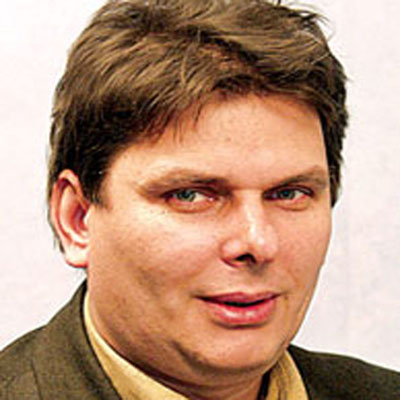 Partial rerun will be held in Macedonia on June 15 after irregularities had been found in the country's general election. Our correspondent talks about the current political situation with Daut Dauti, ndependent analyst and political columnist

These elections have been widely described as the worst Macedonia has ever had. What would be the consequences on domestic and international plan?

The consequences are foreseeable, because the EC said that free and fair elections were the 9th condition in addition to the 8 benchmarks the government was asked to meet in order to get date to open negotiations; so this was known ahead of time, that bad elections would hurt European integration. Another consequence is the aggravated intra-Albanian relations, and this does not contribute to the general stability of the country. This is an aspect that has to be borne in mind. Essentially, the bad elections can be expected to create a delay with EU and NATO integration, and with the name dispute with Greece.

These are one of the worst elections ever, not only in terms of the picture of Macedonia they displayed, but also in terms of the election results. Perhaps these election results would not meet the expectations. Mr. Gruevski had been saying he wanted early elections in order to get a more stable government. If he wanted to gain in time, he did, but he did not necessarily get a more stable majority.

Yet, we have a delay in resolving certain issues. The name issue should have been dealt with on the basis of a broad partisan consensus; instead the elections brought polarization and mutual accusations over who made concessions, who was ready to change the name and so forth. This result, which allows Gruevski a stable government, is a double-edged blade. Now everybody will say "ok, you have an absolute majority, you have a stable government, all the responsibility goes to you". Second, Gruevski had great flexibility over the past two years concerning Albanian demands. These problems have not been solved yet, and their solution in the next period will depend on which Albanian party will enter the government.

There will be a rerun on Sunday for a big part of the vote which was annulled by the State Election Commission. Given the rivalry between the two major Albanian parties, DPA (Democratic Party of Albanians) and DUI (Democratic Union for Integration ), what are the options for forming a new government?

The options for the new government are that Gruevski takes the winner in the Albanian camp, which is likely to be DUI, or that he takes the party he feels closer in terms of programs, which has so far been DPA. The one which is excluded will be bitter; if Gruevski decides to drop his strategic partner, DPA, they will be very angry. On the other hand, if he does not take the winner in the Albanian block, which there are certain indications will be DUI, there is the issue of legitimacy.

I think that Gruevski is also under pressure by the international factor to include the political party which will win in the Albanian camp. At the last elections I did not agree with the argument put forth by DUI that the winner in the Albanian camp should automatically enter the government. This is not legislated either with the constitution or law. However, during the previous term, Gruevski felt how much the government needs the party which has the majority of the Albanian vote. All of the blockades in parliament happened because the government did not have the so called Badinter majority, the double-majority the majority vote of the Albanian MPs needed for passing certain legislation. DPA promised Gruevski it would deliver the double majority but it did not manage to overtake the PDP Party for Democratic Prosperity, the third Albanian party which was in a coalition with DUI. This did not work out. This time Gruevski will need to have the majority in the Albanian camp. Whether it is DPA + PDP, or only DUI, or only DPA, it is math. Because he can not afford again to run into the same blockades he had over the previous term. In this regards he does not have much space for maneuver. Perhaps he can hope his strategic partner DPA will win...but most of the irregularities in this election, whether we want it or not, were brought in connection with DPA, and with the announcement, metaphoric or not, made by the leader of DPA Menduh Taci, that early elections in the Albanian camp would mean "slaughter", statement given a few months before the decision to go on early elections.

In this sense, Gruevski does not have much room. There is now in the press the idea of a grand coalition, which would include both DPA and DUI, but given the rivalry between these two parties, I am not sure it would work. In this case Gruevski may have to concede a lot in terms of ministerial posts, basically to reduce ministers from his party in order to offer more to DPA and DUI. But I also wonder what would be the functionality of such a government, composed of warring factions. Sometimes, of course, technical governments or grand coalitions do happen, though.

Can there be repeated violence during the rerun on Sunday?

The most important thing is that the rerun on Sunday goes well and that there are no incidents. The Albanians in Macedonia were ashamed by these elections. I think that on the polling stations violence, in 99% of the cases, is excluded this time. I think that both Albanian parties now will try to demonstrate that they were the constructive ones and that it was the other party responsible of the irregularities. So they will both refrain. The problem is not the legislation, or technical issues; the essential problem lies with the parties and the fact that certain government institutions are tolerant of what a party does, because it is a partner in the government, or because intervention could cause an even greater problem. The government has been doing a balancing act between these two poles in continuity over the preceding years; however it is bad when you have human casualties during elections.