Macedonia: Is It Terrorism? 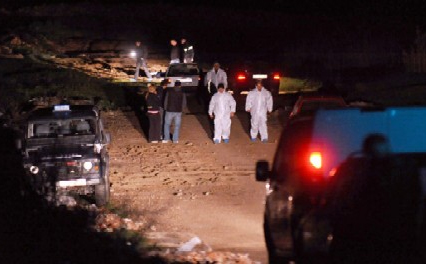 On 12 April, the murder of five people by lake Smiljkovo, at the outskirts of Skopje, struck Macedonia's ethnic cohesion. Five people are now in jail, accused of being part of an Islamic terrorist organization. Many questions, however, remain unanswered

Events in Macedonia over the past few weeks are continuing reminders of the remaining threats to country's political stability. They are also reminders of the responsibility governments of multicultural societies have to preserve cross-cultural cohesion.

On 12 April in an event that shocked the nation, five people, four of whom were high school children, were killed in cold blood while fishing at a small pond at the outskirts of Skopje. The motive, to this day, remain unknown. A prospective investigation and trial would hopefully reveal the reason for such dreadful carnage.

At first, it seemed that the police were creating unnecessary panic by calling for ethnic calm in the immediate aftermath of the massacre. All of the victims were ethnic Macedonians, but there was no initial indication that their ethnic identity was a factor in the shooting. That was, however, until the public got more information.

As information started to leak from different sources, however, a picture of what happened started to emerge. The victims' bodies were allegedly found aligned, their hands tied, their personal documents displayed. Some reports claimed the victims were tortured before they were killed. It became clear that the crime was planned and organized. Official reports said automatic weapons were used by several shooters. All the evidence pointed to the killings being a statement of some kind. Terrorism, experts said. Others doubted that, given that nobody claimed responsibility for the massacre. Some politicians compared the effects of the event to the assassination attempt on president Kiro Gligorov in 1995. The public was frightened indeed. Armed police became a common sight around Skopje.

Then, on 1 May, in a massive raid, the police arrested around 20 persons (with most released soon after, five kept in detention, and two still at large). In a statement to the media in the afternoon, Interior Minister Gordana Jankulovska, announced the perpetrators of the Smiljkovo Lake carnage had been found. And then came the surprise. According to the minister, the killers were Islamic radicals and the motive was “to create a feeling of insecurity among the population”.

Ms. Jankulovska announced that some of the perpetrators had fought against NATO in Afghanistan, adding that Macedonia, as a participating country of the NATO coalition there, was also a potential target. Reportedly, the evidence found during the raid, which included radical Islamic literature in addition to weapons, pointed to such a scenario. The minister said that the perpetrators would be charged with terrorism.

The explanation was unexpected. Macedonia has not had much experience with radical Islam. There have been media reports of internal confrontations between moderates and radicals within the Islamic Community (IVZ) in the country over recent years. Some of that has indeed been substantiated. At some point in 2010 the head of IVZ himself called upon the international community to protect them from radicals. This was, however, something different. The announcement that, out of the blue, without any direct motivation and without claiming responsibility, Islamic fundamentalists had attacked Macedonia, possibly because of its involvement in Afghanistan, came as too much of a surprise.

The international community reacted very reservedly. The US Embassy said they would wait for the trial and monitor it. Some observers hinted that by blaming radical Islam, the government may have played the sympathy card before the NATO Chicago Summit in the hope that the Alliance could decide to remove the Greek veto to Macedonian membership from its previous summit in 2008. In the end, however, Macedonia remained once more without a “road map” for Nato accession.

The reaction of Muslims in the country

What happened in response, however, was an outburst of anger from Muslims in the country. Blaming the dreadful murder on Muslims without giving any evidence was unfair and insulting, they said. “Since when is having a copy of the Koran at home a crime?”, IVZ officials asked. They supported the police in finding the perpetrators but also expressed their condemnation of accusations made without evidence.

On Friday, 4 May after the afternoon prayer, Muslims from several mosques in Skopje went out to protest. Carrying the green flag of Islam, as well as the Turkish and the flag of Saudi Arabia, they shouted out against Christians and accused the government of framing innocent Muslims. Breaking windows in several buildings, protesters threw stones at the government building and the offices of ruling, ethnic-Albanian Democratic Union for Integration (DUI), and of the Municipality of Chair, also run by DUI.

A week later (11 May), protests resumed again after the Friday afternoon prayer. In addition to Skopje, protests also took place in Tetovo, Gostivar, Kicevo, and Kumanovo. There were again sporadic confrontations with the police, attacks on journalists, as well as stonings of government and political party offices. Smaller protests also took place in front of the Macedonian embassy in Tirana. Counter-protests were also organized by ethnic-Macedonians, but they were smaller. Online social networks, which were used to organize protests, brewed with religious hatred. Authorities subsequently announced that spreading hatred on-line will be punished. Several protesters were also charged for the attacks on the police and journalists.

Neither the Islamic Community in the country nor the major political parties of the Albanians in the country supported the protests. Media reported that IVZ officials tried to persuade local mosque leaders against protesting, arguing that it only presents Muslims in the country in a bad light. Opposition Democratic Party of the Albanians (DPA) also distanced itself from the protests. “Let's not get into adventures. We have had ethnic issues, but never religious ones,” said its leader, Menduh Taci, to a youth gathering.

Even though there were calls for further protests, after two Fridays, they subsided. After the afternoon prayer, people went home.

After the anger, the explanations

When protests first started, it was really not clear what was going on. For a short while, they seemed like part of an organized destabilization scenario (how easily distrust spirals out of control). But now that some time has passed, it is obvious that Muslims in the country, most of whom are Albanian, felt really offended by the accusations which they perceived as anti-Muslim in general. Killers have names and family names, the argument went on. They should not be identified with an entire, religious or ethnic, community.

Five of the original detainees remain in custody, and for two fugitive an internal warrant has been issued. The police have reaffirmed several times that the killers were Islamic radicals. As anger is quieting down, Macedonia awaits a trial which should answer the question of why five people were killed and whether the country is really facing a new threat: that of radical Islam.