Journalism in Macedonia: the awful truth 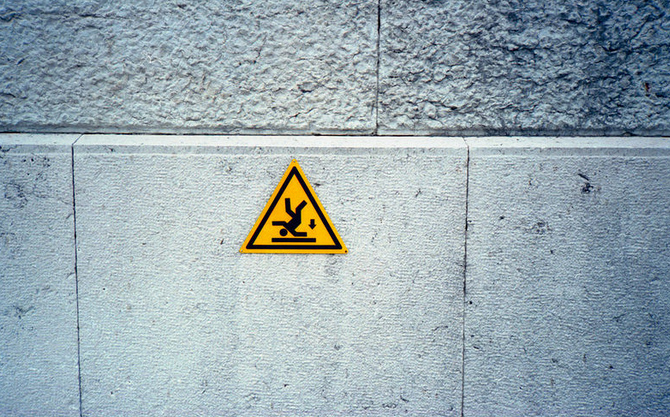 Sashe Ivanovski, a citizen journalist and a web portal owner, publicly known for his vocal antigovernment critiques and non-orthodox reporting techniques that are bordering with paparazzi journalism, was physically assaulted twice in two days. Both incidents were filmed by Ivanovski or other journalists present at the scene. The first assault was carried out by Aleksandar Spasovski, a reporter for TV Sitel, and the second one by Vladimir Peshevski, the Deputy Prime Minister for Economic Affairs in the Government of the Republic of Macedonia.

In a recent paper, Professors Sergei Guriev and Daniel Treisman, argue that the distinctive feature of the modernized authoritarian leaders is preoccupation with information. They underline that authoritarian leaders stay in power “not because of their use of force or ideology, but because they convince the public - rightly or wrongly - that they are competent.”

According to international organizations like Reporters without borders and Freedom house, in the last 8 years press freedom in Macedonia has been in constant deterioration, while the country is categorized as partly free or country with a hybrid regime. As a consequence of the constant worsening of its situation, according to the above mentioned organizations, Macedonia is now on the last position among all Balkan states regarding media freedom.

So far, the main tools that the government is using to distort the media market and to control the media are advertisements, regulatory bodies and media ownership.

State advertising, mainly in the broadcast media, became an issue when the current ruling coalition came to power in 2006. The reason for concern lies in the fact that, in the last five years, the State has been among the top five advertisers in the broadcast sector. For the first time, this was publicly recognized as an obstacle to independent editorial policy by the 2009 European Commission Progress Report . “Public expenditure on State advertising is a significant source of revenue for some broadcasters, but is not sufficiently transparent and therefore has the potential to undermine editorial independence.”

The last two analysis of the broadcasting market done by the Agency for audio and audiovisual media services show that in 2012 the Government was the number one advertiser in the country, even bigger than the Telecommunication Companies or Coca Cola. In 2013 the Government was second on the list of most significant advertisers.

As Jelena Petrović, a media researcher, describes it, “the whole circle of clientelism goes like this: influential commercial broadcasters give huge discounts to political parties, and air their political advertisements almost for free. Later, they appear on the parties’ electoral accounts lists as donors. Thus, after the elections, these outlets become suitable media for further raising-awareness campaigns, they receive huge amounts of money, and the circle is closed. For example, in 2012, when the government was the advertiser number one in the country, TV Sitel and Kanal 5 got the biggest portions of the money. Two years later, during the last electoral campaign, in 2014, the biggest donors were TV Sitel, TV Kanal 5 and TV Alfa”.

Media ownership is one of the weakest spots in the whole system and is quite often used by the Governments for media control. TV stations and press are owned by a wealthy businessmen or political party leader, or a close family member (although this is prohibited by law due to the conflict of interest), who are in close relations with government officials. For all of them, media is not a primary business, but merely a bargain chip and tool for influence. Therefore, they have no interest in professionalization of the media sphere or in building a professional media outlet. It is very difficult, perhaps impossible, to enforce provisions which should prevent conflicts of interest, because the same media owners use different techniques and methods, from establishing subsidiary companies to registering the companies to their friends and relatives. The Government is aware about these practices, but nonetheless tolerate illegal activities they can easily control. As a result, media freedom is deteriorating overall, since the space for objectivity, neutrality, questioning and criticizing is narrowed.

What is the role of the Media?

The main characteristics of Macedonian journalism are a high degree of tabloidization, downgraded media ethics and professionalism, and a high polarization along political/ideological lines. Media outlets in Macedonia are mostly divided in pro-government and pro-opposition, leaving little space for professionalism and sound reporting.

For most media workers, being a journalist is closer to doing public relations than to belonging to the fourth estate, or being the watchdog of public interest. TV, as the most important and influential platform, is under the heavy influence of ruling elites. Turkish soap operas and reality shows are omnipresent. Space and interest for quality journalism, in most TV stations, is vanishing. At the same time, most journalists are not motivated for quality journalism as they have low salaries.

Media ethics and professionalism are on the lowest possible level. Although pro-government media are leading in this bleak picture, there are also many opposition media, mainly web portals, which instead of working under the professional codex go by a “ends justify means” philosophy. As an example, during this year’s students protests, pro-government TV stations were ignoring what was happening. So, depending on the media that one would follow, one could believe in one of two opposite realities – there are protests, or there is nothing going on. On the other hand, in the same period, mainly opposition web portals were publishing unverified information that could lead to huge riots and even casualties. Without double checking information coming from a private Facebook profile, they republished pictures of a military truck loaded with wooden boxes. They stated that the army was shipping bullets to the police, and that they would use them during the protest that same night. As it turned out later, there was no live ammunition in those boxes.

Freedom of speech or freedom of the press

While the pro-government journalists work as PR agents of the ruling elite, pro opposition ones are asking for their rights, but refuse to fulfill the responsibilities of being a journalist. As Aidan White , of the Ethical Journalism Network underlines, “free expression is not journalism. Press freedom is the freedom of journalists to express themselves, but within a framework of values. And that framework of values is the ethics of journalism”.

The Physical assaults reported at the beginning of the article were depicted in the usual manner by the pro-government media. Sashe Ivanovski was mocked for being beaten twice in two days, he deserved that, he was provoking and this is what you get when you provoke. In the first case, he was fined together with the perpetrator for disturbing public order. In the case of the Deputy Prime Minister assault, Ivanovski was blamed by the pro-government media as the guilty party. Peshevski, on his Facebook profile, apologized to the public for his emotional reaction, underlining that he felt threatened by Ivanovski, the reason for his assault.