Elections and Violence. Can Macedonia Rise to the Challenge? 19/05/2008 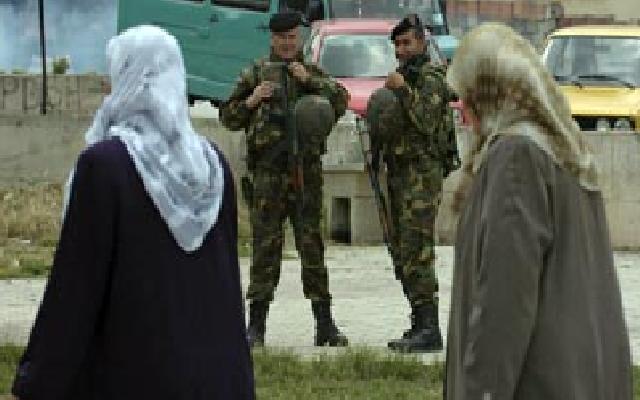 There was a sigh of relief in Macedonia at the closing of polls on Sunday. The re-run of the troubled early national election, held under heavy security arrangements, went quietly. For the international factor, though, despite improvements, the elections failed to meet international standards

There was a sigh of relief in Macedonia at the closing of polls on Sunday. The re-run of the troubled early national election went quietly.

Two weeks after the 1 June vote which was marred by serious irregularities and violent incidents, voters returned to the polls in over 180 polling stations where votes had been annulled. The State Election Commission had annulled around 170.000 votes from the first round because of wrongdoings, accounting for almost 9% of the total electoral body.

The core of international observers was strengthened by the presence of foreign diplomats and domestic politicians who also patrolled the polls. EU Ambassador Mr. Ervan Fuere alone monitored the vote in more than half a dozen communities.

There were a few isolated incidents but overall the vote was free and fair. If late, Macedonia passed the repeat test. The alternative would have meant disaster.

This makes a huge difference compared to 1 June when both parties won 13 seats (results later annulled), and gives credit to the pollsters who had repeatedly announced serious advantage for DUI in the run- up to the vote. It also confirms the assessments of many analysts who argued that most election irregularities were at DUI's disfavor.

The final composition of parliament after the re-run is: 63 mandates for the VMRO led coalition, 27 for SDSM and allies, DUI - 18, DPA - 11, and PEI - 1. This is the almost final outlook of the next parliament. Another re-run in two weeks time to correct the few remaining irregularities could redistribute 1 mandate.

The parliament will have its constitutive session as early as this week. Right after and perhaps even before the majority leader and government mandatory Mr. Nikola Gruevski will have to decide which Albanian party he wants to coalesce with. That was a major issue in the repeat vote and in these elections overall.

Whatever its composition however, the new government will be haunted by the fiasco of these elections. They were widely assessed as the worst in Macedonia's democratic history.

The widespread violence even involved human casualty (not the first time in Macedonian elections). A man was killed and several injured in separate shootings in front of polling stations on 1 June.

On Sunday Macedonia showed it can have free and fair vote, but the impression is that the demonstration came too late. A lot of the damage will take time to repair.

"Macedonia showed it can organize good elections. Obviously on 1 June there was not the political will to do that", said EU Ambassador Fuere while touring polls on Sunday.

OSCE's ODIHR, the main factor of international election monitoring, had its press conference on Monday. Its assessment was that despite improvements in the re-run, the elections in the overall failed to meet international standards.

"Significant improvements in security for the re-run elections enabled most people to freely cast their vote, but this does not alter the assessment that while well administered, certain key OSCE and CoE commitments were not met in the overall parliamentary election process", read the OSCE ODIHR press release on the Sunday re-run.

"Yesterday's elections showed remarkable improvement with regard to the key issue of security. I hope and expect that this indicates that the country is willing to address the range of democratic challenges that remain. This is crucial when it comes to fulfilling the country's wishes to participate on an equal footing with other democratic countries. Hopefully this re-run marks that they are back on track," said Ms. Pia Christmas-Moller, Special Co-ordinator of the OSCE short-term observers at the press conference on Monday.

ODIHR's chief observer Mr. Robert Berry very directly called upon authorities to punish people responsible for the 1 June irregularities and to remove from senior police positions people who had been involved in the electoral violence and fraud. Mr. Berry even went as far to directly indicate persons who should be punished, including according to him, the Deputy Interior Minister, Mr. Refet Elmazi, and the police commander in Tetovo, Mr. Faik Devishi as some of the prime suspects.

ODIHR observers suggested that perpetrators should be punished if people are ever to be deterred from electoral violence, and expressed discontent with the fact of very few people had been detained in relation to 1 June incidents.

However harsh the reprimand, Macedonia deserved it. And as indicated by many, the involvement of state structures such as the police in large scale electoral fraud, and its mobilization for partisan ends, was the worst side of this disgrace. That is simply not democracy. It is something else.
Now Mr. Gruevski needs to move promptly to form his government and make up for lost time. His power is consolidated but the tasks ahead of him equally challenging.

A big part of the violence in these elections was about which Albanian party will enter the government. In 2006, same as now, DUI won the Albanian vote but Mr. Gruevski decided to ally with his traditional partner DPA. He did not hide he would like to do the same this time round. If that happens, DUI would not take it lightly. They won convincingly this time.