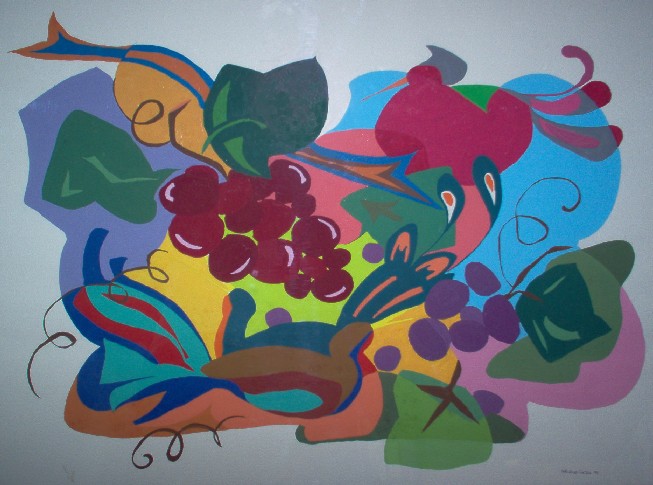 The government of Skopje is trying hard to pay respect to diversity. Some analysts argue that, despite a difficult start, Macedonia remains the only viable example of successful ethnic co-existence in the Balkans. This may also be an exaggerated statement, but it is worth thinking about it

Earlier this year The Economist had a piece on Macedonia titled "A Balkan Belgium?" The article essentially argued that similar to Belgium, Macedonia is ethnically strongly divided, and that the only thing that keeps both countries still in one piece is Europe. Could be, but where does that leave Bosnia? It also kind of sounds better - Bosnia, the Balkan Belgium.

Comparisons can be a powerful tool of analysis, but in order to be relevant they should scan deeper. Otherwise they just stay (of course pleasant and engaging) elements of style.

When Macedonian hajjis departed to Mecca for the Hajj this year, Prime Minister Nikola Gruevski came to see them off. It is a first in Macedonia's history as independent state. Wishing them a safe trip he said that the "Hajj was part of the country's tradition and culture". The government provided an ambulance vehicle to accompany the hajjis during the long travel. The chief of the Islamic community in the country, Mr. Sulejman Rexhepi, expressed gratitude for the honors and said the hajjis "should also pray for the Prime Minister and the government". Sentimental but, why not? A secular government being too close for comfort to religion? It is just a nice gesture after all.

In somewhat similar vein, the Minister of Health, Bujar Osmani, recently added circumcision on the list of medical procedures fully paid for by the government. He justified, the move and fairly so, with medical arguments. Circumcision greatly reduces the risk of sexually transmitted diseases, and some types of cancer. He also cited other arguments concerning public health, such as that at present circumcisions are often done in improvised, unhygienic conditions. Last he said this would be a small expense for the government; it would cost some 50,000 Euros per year to circumscribe 10,000 children.

As much as medical arguments are absolutely in place, in a country like Macedonia, the cultural aspect of the measure can not be avoided. A few skeptics questioned the move; some said the government should in such a case also pay for the baptism of Christian children. Overall nobody made any big deal about it however.

The bottom line is that the government is trying hard to pay respect to diversity whenever possible. Prime Minister Gruevski practically never misses a chance to address audiences in Albanian (by reading out the first few words of course). When recently the 100- year anniversary of the creation of the Albanian alphabet was celebrated in Bitola, he was one of the keynote speakers. It is fair to say that Macedonian politicians were not inclined to such gestures in the past. Some note his Albanian has been improving too.

This is of course not enough. But it is nevertheless important. And it does kind of add to the overall effort to, well, live together.

The most important thing of course is that all communities in the country feel they have equal chance and equal ownership of the common good. Many analysts would argue that blending and liking each other are not as important. At least in part they are probably right. One can have, in some situations, a fair share or inter-marriages, but that does not help a community deprived of the feeling of equality... feel any more equal.

Macedonia had hard time getting it right in the 90s. The country was not an exception to the primitive nationalisms which tore up former Yugoslavia. The "resurrection" of Alexandar the Great, but above all the unreasonable politics toward the Albanians are the most highlighted examples.

According to some analysts, it was a miracle - given Macedonian-Albanian relations in the 90s - that the conflict took so long to actually happen. Yet, other scholars have pointed out to the fact of the preceding centuries of multicultural co-existence by making the point that Macedonians and Albanians have actually never fought in their history before the conflicts in the 90s, over education ('95), the flag ('97) and finally the armed conflict in 2001. This is likely also not unconditionally accurate, but it does convey the sense of the generally peaceful of co-existence between the two communities.

The Ohrid Framework Agreement (OFA) which ended the (luckily) short war in 2001 did redesign the political arrangements between Macedonians and Albanians to make the latter feel more equal co-owners of the state, and it definitely stabilized the country for the long haul.

And then, beyond the Macedonian-Albanian anxiety, the country has been a comfortable salad bowl for most other ingredients. The Vlach from the Balkans and beyond recently had a regional meeting in Macedonia, and praised the country for its advanced entitlements for the small Vlach minority. They said that nobody else recognized them and respected them the way Macedonia did. Roma have had their MPs, mayors, and TV channels ever since the early 90s. The country even has an Egyptian minority which emerged in the 90s. The region between Struga and Ohrid has several communities of Egyptians. Neighbors still call them "Roma" but what counts of course is how one feels about him/herself. The Turks, Serbs, Bosniaks, Torbesh, and all the others have lived well integrated; enjoyed minority protection, and had full political representation ever since Macedonia's independence in 1991.

It is of course never enough, and one should always strive to improve, but what Macedonia has by regional, or even the standards of some European states, is not little.

Passions do inflame occasionally, but there is no going around it. Nationalism is an endemic beast and domesticating it through education takes time. In a short term, cracking down on when things get critical, might still be the only alternative. Appeasing it has probably never done else by aggrandizing its appetites.

Multiculturalism is of course not easy. Nevertheless, opposite from the gloomy assessment from the beginning, some analysts argue that Macedonia remains the only viable example of successful ethnic co-existence in the Balkans.

This may also be an exaggerated statement, but it is worth thinking about it. Maybe Europe should give it some more thought too.