Balkans Mystery Tours: The Mine of Alshar 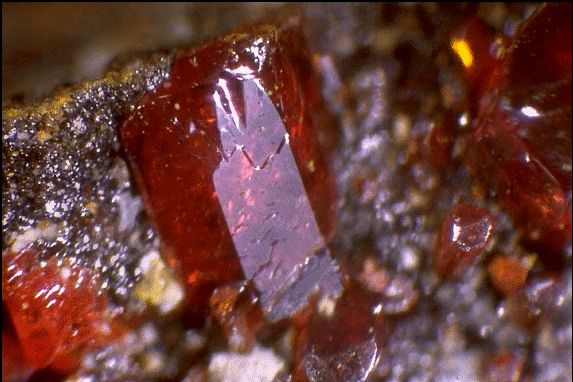 Alshar, an ancient mine located in the southern Balkans, in Macedonia, is said to contain minerals to be found nowhere else on the planet. The rarest of them all - the lorandite, is thought to have the potential to let us understand the work of the sun. Science-fiction or reality?

They say it holds a secret no lesser than that of the Universe. That it guards the answer to the power of the Sun. It is not the latest Spielberg blockbuster. It is a mine. But a mine covered in a veil of mystery.

Alshar, an ancient mine located in the southern Balkans, in Macedonia, is said to contain minerals to be found nowhere else on the planet. The rarest of them all - the lorandite, a crystal of the thallium. The lorandite is thought to have the potential to unravel the so called "neutron puzzle". By serving as geo-chemical detector of the neuron, the lorandite could validate or disprove the theory of the standard solar system, say physicists. In simple terms - to let us understand the work of the Sun.

The Ottomans who ruled the peninsula till the beginning of the 20th century, called it Majdan (the word for mine in Turkish) which also gave the name to the nearest village. They explored gold. But they were not the first ones. According to some, the mine has existed for over 5.000 years.

It has eight entrances, two of which lead through corridors which extend up to 6 kilometers and have cobalt stone pathways, placed there by the Ottomans. The mine has been closed for decades.

Some media tell the story that in the late 70s the Macedonian government had a secret session at a request by the federal authorities of former Yugoslavia, to decide whether to concede a "great power" to conduct research for space purposes in Alshar.

In the beginning of the 20th century, the elite universities from Budapest, Vienna and Prague had been exploring the by then unknown minerals from the mine.

Nowadays people from the nearby villages serve as guides to "mysterious" foreigners who to visit the mine. They go inside the mine to collect minerals from its bowels. The stories abound with fantasy. They talk of helicopters which do screening from above, with marks of the national government but also foreign military ones (there is large foreign military presence in the region). Villagers say the mine is full of minerals that glow in different colors.

According to experts, many world scientists are very interested in exploring Alshar. The lorandite from the mine can register in a chemical and physical way the so called neutron flux coming from the Sun. And they say it is the only known substance that has this power. If the neutron could be explored, science could understand the processes that go on inside the Sun. Some say with awe that it could lead understanding the past but also the future of our galaxy.

How did it ever get there, and only there? On a mountain (Kozuf) in the southern Balkans. One assumption, again resembling a movie scenario, is that - it fell from the Sun, as a result of eruption a billion years ago.

With all the mystery going around, the fact is undisputed that Alshar is the only known place on the planet that contains the lorandite (a crystal of the thallium), a mineral of potentially huge significance in physics.

According to rough estimates the mine could have reserves of up to 40 tons of lorandite. A few grams of lorandite for lab research is said to cost about 5-6 euro.

Some local scientists have come forward in the past with the idea to have the mine protected by UNESCO and have suggested that it should be turned into a resort for global science tourism. It could attract up to several thousand researchers a year, they say; atomic physicists, space scientists, geologists, and of course many adventurers. The zone around the mine should be developed, and the mine itself should be restored, its corridors lightened, and new pathways built. They say, many NASA people would enjoy to come and stay for work and holidays combined.
Macedonia has the lorandite and should do more for promoting the "hunt" on the neutron, they say.

A decade ago the Lorex project (Lorandite experiment) had been initiated by scientists from all over former Yugoslavia, in cooperation with international labs. The key to the neutron is the key to the door of Alshar, they said.

As of a few years back the mine has been registered as a natural monument and is part of the Emerald network of "areas of special conservation interest", created by the Council of Europe. .

This year the Macedonian government has initiated a project to have the mine protected. This would mean that any type of activity in Alshar would require a prior government permission. At present the place is completely unrestricted for any type of visit.

Villagers' stories continue. Just next to the mine there is a small hill whose grass is always green. Neither man nor livestock can step a foot on it, they say. It will knock down even the largest cattle which roams that pasture, as it hills is full of thallium, one of the most potent poisons.

The immediate zone around the mine has geothermal waters, and the outer edges of the village of Majdan abound with white mineral which the villagers use for washing and cleaning.

If the power of the Sun could be understood, say scientists, then hypothetically, humanity could reproduce it. It could create many "small suns". Energy production facilities akin to nuclear plants, only not radioactive. They would produce environmentally clean power.

Well, that is fantasy. Or is it not?