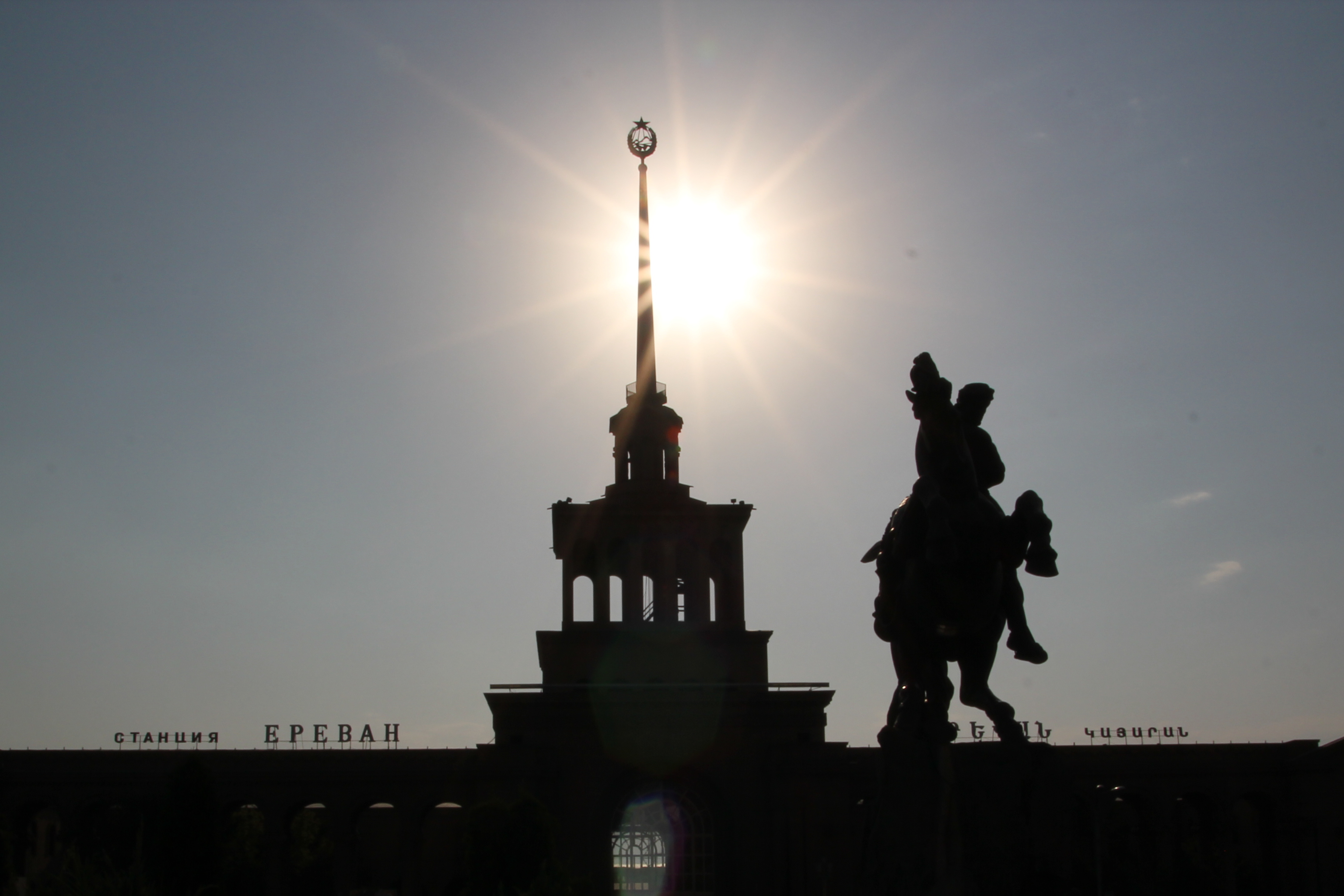 A statement on Karabakh by the presidents of the mediator-countries hardly contained anything unexpected. But a 1 bln dollars arms deal between Russia and Azerbaijan was cause for concern in Yerevan

Two important developments related to Nagorno-Karabakh conflict took place in the recent weeks: a statement by the presidents of the mediator-countries, France, USA and Russia, and announcement of a billion dollar arms deal between Russia and Azerbaijan. While the statement hardly contained anything unexpected and is considered business as usual by most observers, the arms deal between Russia, Armenia’s “strategic partner” and Azerbaijan has raised eyebrows in Armenia and Nagorno-Karabakh.

While the whole world watched the G8 summit in Enniskillen in Northern Ireland, for people in South Caucasus the most important event at the summit was the joint statement of presidents of France, Russia and USA on Nagorno-Karabakh resolution process. The statement expressed “deep regret that… the parties have continued to seek one-sided advantage in the negotiation process”. It also called on the sides to “recommit to the Helsinki principles, particularly those relating to the non-use of force or the threat of force, territorial integrity, and equal rights and self-determination of peoples”, stressing that the conflict does not have a military solution and that “a renewal of hostilities would be disastrous for the population of the region”.

Both sides attempted to use the statement in their favor. Thus, Armenian Foreign Minister Eduard Nalbandyan interpreted the statement as a warning aimed at Azerbaijani side, which he accused of militant rhetoric,  provocations on the border, as well as “heroisation of murderers and persecution of those who call for peace”, apparently referring to the cases of Ramil Safarov and Akram Aylisli. Azerbaijani Ministry of Foreign Affairs spokesperson retorted to Nalbandyan saying that Armenia has already broken the principle of non-use of force “by occupying 20% of Azerbaijani territory”.

Masis Mayilyan, head of a think-tank in Nagorno-Karabakh, believes that the statement is aimed at preserving the status quo rather than at conflict resolution. In his opinion, new proposals from the mediators are to be expected after the election cycle in the South Caucasus is over, i.e. after the presidential elections in Azerbaijan in fall 2013. Azerbaijani analyst Avaz Hasanov agrees that the statement did not contain anything principally new. He believes the aim of the statement was to warn the sides against use of violence or threat of violence in the run-up to the elections in Azerbaijan. Azerbaijan is scheduled to hold elections in October, in which Ilham Aliev is expected to run for the 3rd term, while the opposition vows to fight till the end. In the past the conflict has become a topic of political manipulations by the politicians, with militant rhetoric and borderline provocations often escalating in the run-up to the elections.

Only days after the statement, news appeared that one of the countries behind the statement, Russia, recently sold over 1 billion worth of weapons to Azerbaijan. The news created a shock in Armenia, where Russia is perceived as main security ally: Russia and Armenia are considered “strategic partners”, Armenia is a member of the Russian-lead Collective Security Treaty Organization (CSTO) and there is a Russian military base on Armenian territory. What seemed most disturbing for Armenians was that the arms sold included offensive weapons, such as T-90C tanks, Smerch and TOS-1A multiple rocket launchers and Msta-A and Vena artillery cannons. However, while Armenian public opinion was furious, the government tried to keep it cool: Armenia’s Security Council Secretary commented that Russia had the right to act in its interests and it should not affect Armenian-Russian relations, while the Armenian Ministry of Defense downplayed the influence the weapons could have on the military balance between the two countries. Apparently Russia realized that the mood in Armenia was souring and some Russian high-ranking officials and military experts were sent to Armenia to do damage control. Thus, the secretary general of the CSTO Nikolay Bordyuzha visited Yerevan on June 26. In particular he said that selling arms is business and Russia is selling arms to many countries in the world, however Russia is careful in order not to upset the balance of power in the region, especially when it comes to the South Caucasus.

In any case Armenia has a cause for worry. According to a report by Regional Studies Center, Yerevan-based think-tank, the arms deal between Russia and Azerbaijan is especially worrying against a background of escalation of military spending in Azerbaijan, whose defense budget had grown, from $175 million in 2004 to $3.7 billion in 2013 (RSC: Shifting Balance of Power in the South Caucasus , Special Report, 25 June 2013). The same report notes that, according to a Swedish research institute, Stockholm International Peace Research Institute (SIPRI), Russia is the top arms supplier to both countries, having supplied 96 % of arms to Armenia and 55 % to Azerbaijan from 2007 to 2011.

Many  Armenians interpreted the arms deal as Moscow’s way of expressing discontent with Armenia’s recent rapprochement with the EU and its reluctance to engage with the so called “Eurasian integration project”. Putin’s administration is reacting nervously to Armenia’s attempts to advance relations with the EU within the framework of the Eastern Partnership, an EU program for cooperation with 6 former Soviet countries. On the other hand, many people in Armenia believe that, having established its overwhelming influence in Armenia, Russia is now anxious to lure Azerbaijan into its sphere of influence.

Interestingly, while alienating Armenians, the move does not necessarily mean a warm-up in the relations between Azerbaijan and Russia: Azerbaijani analyst Avaz Hasanov notes that Russian-Azerbaijani relations have been strained for several years and they are hardly improving. Thus, recently the Baku-Novorossiysk pipeline, which carried Azerbaijani oil through Russian territory, has been closed. Hasanov says that the deal is not about improving relations between Russia and Azerbaijan, but rather about sending a message to Armenia:  “Russia is showing to Armenia that the balance of force in the region may change very fast if Armenia does not take ‘the correct decision’ when it comes to joining the Eurasian Union.”  Whatever the details of the current arms deal, the continuing arms race against a background of passivity in the peace process is hardly a good sign. If we take into account the continuing incidents on the border and use of militant rhetoric by the leaders, it is obvious that the situation may at any moment spiral out of control.