Chişinău, one year after the protests 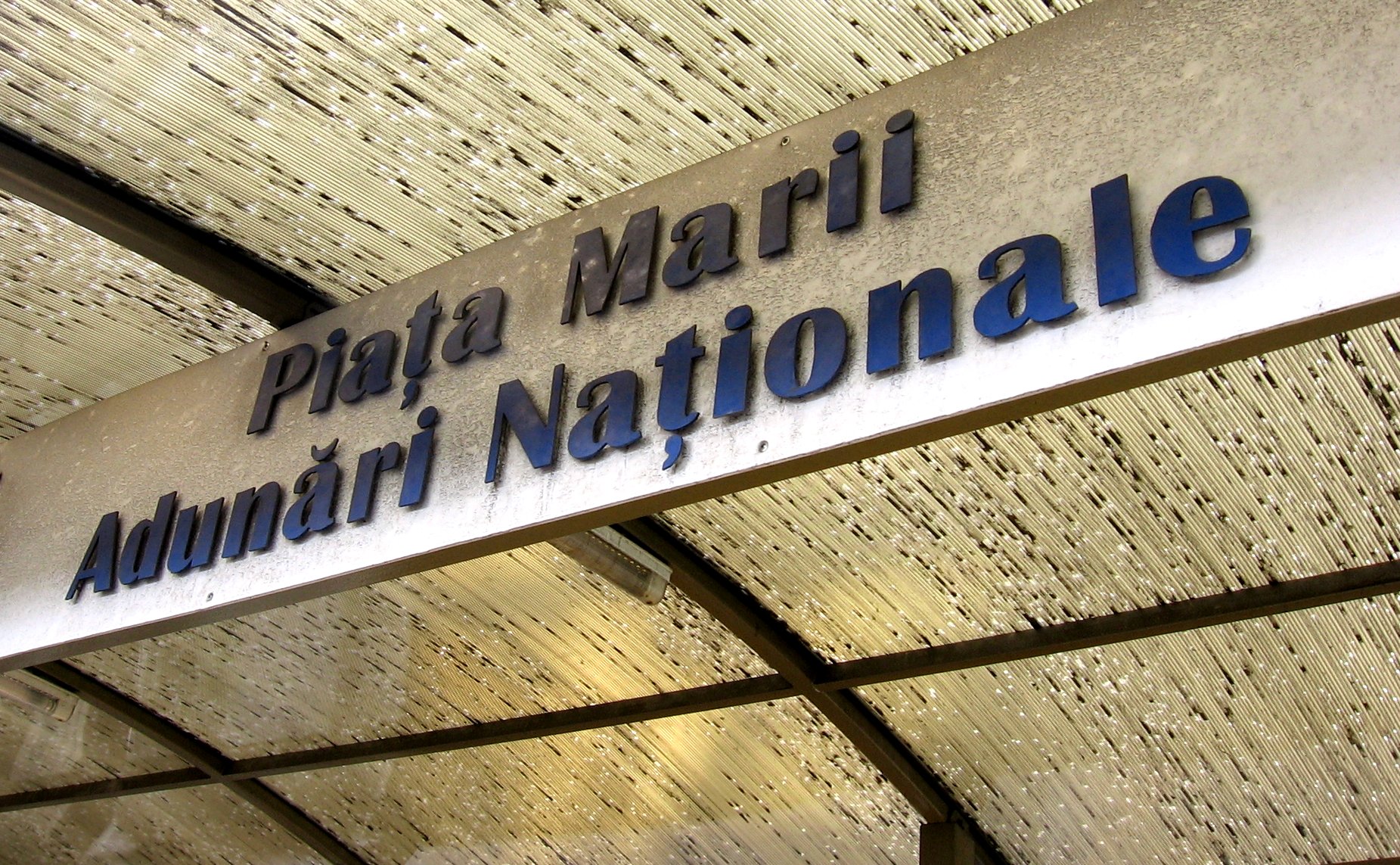 Ghenadie and Oleg Brega have been among the most active representatives of Moldova's politically committed civil society. They were among the founders of the “Hyde Park” movement, an officially registered NGO and a movement working to promote freedom of expression. Both together and separately, they have taken part in a number of civil initiatives and street demonstrations, including the much contested protests that followed the parliamentary elections in April 2009. Ghenadie Brega gained recognition beyond the borders of Moldova, in particular after those protests. Oleg Brega, the second of five brothers, is possibly less well known abroad than Ghenadie, but no less committed than his brother to issues concerning freedom of expression, political participation, and human and civil rights. Among other things, the brothers organise the “Academy of Bravery” where they teach young Moldovans how to use cameras to conduct interviews on or investigations into problematic issues in their country. Osservatorio met them in Chişinău – exactly one year after the protests of 6-7 April 2009 - to talk about their activities and reflect on the last year.

Can you explain what Hyde Park is, when it started, and what its main activities are?

Oleg (O.): It started almost 10 years ago with a Radio Talk Show that I hosted as a freelance journalist at the public radio station. The show aired at night. After two and a half years, the show went to airing three times per week with a total of 18 hours of talk, and listeners could call or write in to the show. When the communists came to power, they shut the programme down because it broadcast criticism of the government. For this reason, hundreds of listeners and I founded the ‘Hyde Park’ movement; it was registered in 2003. For five years, we acted as an NGO, promoting freedom of expression and human rights. We were also involved in election observation. In 2007, we decided to officially dissolve the organisation because we were too controlled by prosecutors, the secret service, the Ministry of Justice, and so on.

What happened to your group in April 2009 during the parliamentary elections?

O.: I was employed as a cameramen for a private TV station (www.jurnaltv.md, ndr) which was broadcasting only on-line and had just begun its activities. This was why I was not engaged in some other activities, but my brother was unemployed and he was active. In this place (a downtown self-service in Chişinău, ndr) on the 5th of April, he accepted an invitation from some other young people and together they decided to organise protests the day after the election because they felt the elections had not been fair. Officially, the Hyde Park organisation was not involved, only individual members.

And what happened afterwards?

O.: On the 6th of April, my brother (Ghenadie, ndr), with other organisers of the demonstration, went out into the street with candles. They found thousands of people that were there with the flash-mob organisation. Ghenadie took the megaphone and invited them to go in front of the presidential building. When they realized that tens of thousand of people were there, they decided to come back to the central square to control the crowd because, with only a megaphone, they couldn’t control the people. There weren't enough police to ensure public security. They decided to stop the protest at 20:00 PM, inviting people to go home and to come back the next day at 10:00 AM when the opposition parties were organising a legal and official protest.

However, many people remained in the central square. Some of them went to the central electoral commission and tried to force the door open. Nobody was aggressive among the protesters; they limited their activities to shaking trolleybuses and minibuses in front of the monument of ştefan Cel Mare. I was filming until around 22:00 or 23:00 PM. The general prosecutor, the Vice-Minister of Interior, and a lot of important people were standing there, observing, but doing nothing to ensure public order.

The day after was 7 April…

G.: In the morning of the 7th of April, after this situation of tension and disorder, the organisers of the protest on 6 April planned a press conference at 9:00 AM in order to explain that sending people to the central electoral commission and shaking minibuses were not activities that were part of our initiatives. But, during the same hours, we saw on the website of the general prosecutor's office that a criminal investigation against the organisers of the flash-mob had been started.

After the press conference, we disappeared (Ghenadie and others, not Oleg, ndr). We were protected by human rights NGOs like Amnesty International; especially me, Ghenadie, because it was only my name that was on the petition for the local authorities to legalize the flash-mob. We were also looking for some lawyers to defend us. At the same time, a lot of opposition leaders went into the streets at 10:00 AM, but none of them took responsibility for organising the demonstration. This is why, at around 11:00 AM or noon, the people moved to the presidential building and, an hour later, violence erupted.

What else happened on 7 April?

O.: After the violence, I was there, in the first lines, until 1:00 AM. I was filming everything, including the destructive actions of the police, the Internal Minister, and the special troops that did almost nothing to defend the buildings. At 1:00 AM I heard, from our office, shootings in the streets and a lot of people running and screaming in Puşkin Street. I tried to film from the window, but it was dark, so I went into the street. In the central square, the police were very violent and quickly arrested 200 people that were still there... I was so scared, especially of the shootings. I went home and I published something online (watch a video clip).

On the 8th of April, in the morning, I went out into the street again. People were again arrested everywhere, and at 22:00 PM, I filmed quite a lot, but police and secret service agents took my cameras and beat me. I lost consciousness and was taken to the emergency hospital.

On the the 9th of April, the police came to our unofficial organisational office without a search warrant. They took a lot of documents, CDs, computers, flags, and other things. They were very sarcastic and violent.

Were you interrogated or given a trial?

O. and G.: We were invited the very next day by the prosecutors, and they asked us what we did. There was only a criminal investigation, not a court trial, because they did not finalize the investigation. It was a political case and they had no time or evidence to finish it.

Has something changed with the new Government?

O. and G.: Only something! (They laugh). None of those who are guilty have been punished or arrested. A lot of prosecutors have been promoted. Some of our things have not been returned yet. They returned our flags few weeks ago – they give us something back from time to time - but they still have some computers and other things.

What are your activities now?

O. and G.: Besides the “Academy of Bravery”, an important one is organising flash-mobs. For instance, in January we protested in front of the Russian Embassy against human rights violations in Moscow. We are also members of a coalition fighting discrimination and we are supporting Curaj (www.curaj.net, www.curaj.tv), a review that was published in print, but is now online only. All our activities are self-financed: we won four cases at the European Court for Human Rights and we won 13 thousand Euros. We are still waiting for ten cases filed against the Government to be tried.