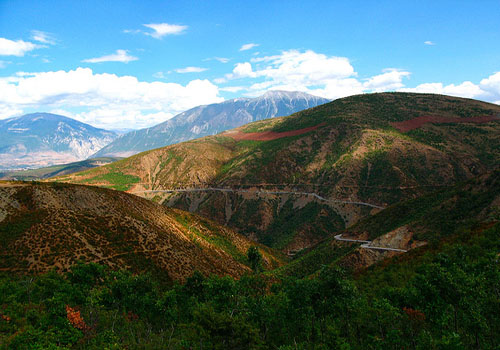 Together with some fellow journalists, Altin Raxhimi, an Albanian freelance reporter, took the hard path to disclose the truth on KLA detention camps, allegedly established in Albania and Kosovo during the 1999 war. An exclusive interview for Osservatorio Balcani e Caucaso

Albanian journalist Altin Raxhimi, is one of the reporters who has written about the abuse of inmates in secret detention centres of the former Kosovo Liberation Army (KLA) in Kosovo and Albania. According to his investigations, in one detention centre allegedly situated in the mountainous region of Kukes, dozens of civilians, mainly Kosovar Albanians suspected of collaboration, but also Serbs and Roma, were held captive, beaten and tortured. Some of them were eventually killed. The investigation was carried out in cooperation with fellow Albanian journalist Vladimir Karaj, a reporter with the daily 'Korrieri' in Tirana, and also in close cooperation with Michael Montgomery, a special correspondent for the Center for Investigative Reporting whose documentary has been aired on BBC Radio 4. The report, published by the Balkan Investigative Reporting Network (BIRN), has drawn considerable public attention in Kosovo. Raxhimi says that it is no secret that the Albanian Army backed the KLA in 1999. He speaks to Osservatorio sui Balcani e Caucaso.

When did you decide to take on this project? Did it have any connection with your previous work as a journalist or with your coverage of the 1998-1999 war?

I did not know about such things when I covered the Kosovo war in 1999. We initiated this project around May, 2008 just out of curiosity. The tenth anniversary of the Kosovo war was approaching, and we wanted to go back to what happened and try to understand it better. We schemed about doing wide-ranging research on the relations between Albania and Kosovo in the run-up to the war. Then, by late summer of 2008, we were contracted by the Balkan Investigative Reporting Network to look into this project.

What was the impact of claims in Del Ponte's book "The Hunt" on your investigations?

Besides inciting our curiosity, the claims that Del Ponte made did not impact our reporting at all except for a hypothesis about whether any of the 400 or so missing Kosovo Serbs had ended in Albania or not. We amassed a wealth of material about the KLA in Albania, but we never ran into something that would corroborate such claims so we could not report on it.

I do remember that we collected some information about Burrel the location in northern Albania where, according to the former prosecutor of the International Criminal Tribunal for the former Yugoslavia, a dwelling with a yellow facade housed an operation where human organs destined for international trafficking were exported early on, including what the ICTY/UNMIK team did there and what questions they posed when they visited in early 2004. We were aware of their findings early on and had also asked many, many authorities on transplants about the possibility that these things happened in remote, poor areas. We had heard of similar allegations in Bosnia when that country was at war.

But we could not report on this because this would have perpetuated the innuendos, especially in the Serbian press and some 'anti-imperialist' sites which were talking as if those things happened. Even the mainstream press was just circulating the innuendos. Let's hope that the Council of Europe investigating team researches those things fully so that we can have a final conclusion about such matters

Your story was published days before Kosovo and Serbia delivered their files on the legality of Pristina's declaration of independence to the International Court of Justice. Why did you choose to publish the story at that time?

These are unrelated and purely coincidental. First, such reporting was tied to the tenth anniversary of the Kosovo war, not to the International Court of Justice case. Secondly, it would be a bit ridiculous to connect this article to the ICJ which is expected to make a decision a long time from now and which is debating another issue: whether the overwhelming will of the Kosovar Albanians to have their own state is legal or not. I don't believe that such reporting undermines the Kosovo case in front of the International Court. The independence of Kosovo is a matter of the will of the majority of the population there and not of what is alleged to have happened in Kukes.

Kosovo officials have rebuffed claims that KLA operations were aware of torture camps. However, you state in the article that KLA officers were in charge of the camps...

This is what our sources say, yes. We would not have put it if we had not heard it.

Also, the public in Kosovo largely disliked the report and has criticized the investigation. Most of the reactions also doubt sources used in the report. What can you say to defend you reporting and sources?

I cannot make mention of sources who agreed to have their version of the story told only if their identities were withheld. We decided to run that story because of the high degree of corroboration between different sources and other evidence. I know many members of the public in Kosovo disliked the report, but there are many others who see it for what it is: an effort to shed light on what happened with the KLA detainment cells in Albania, nothing more.

Frankly, I expected the reaction to be worse, but I was surprised by some very positive reactions we have had from our own community.

Human rights activists and some politicians slammed Kosovo institutions for not conducting their own investigation into Del Ponte's accusations and the rest of the claims against the fighting led by KLA. How would you comment on this? Will it be enough to find the truth and satisfy everyone interested in the results?

I think it would be fair. If the authorities show that they conduct a serious investigation into such issues and come up with the results then it would close Pandora's box and let people move on.

Look, the family concerned in Burrel as well as the community members there have, themselves, asked for an investigation to be conducted so that this array of allegations ends and their nightmares are over with. I fully agree with their argument.

Is it difficult for a journalist in Albania to write on subjects like this?

Of course it is. I am an Albanian as well as a reporter so my colleague, Vladimir Karaj, and I had our inner struggles about all of this.

Besides, Albania also reacts defensively when others criticize Albania or Kosovar Albanians. For this reason, this story was shunned by most of the press. I don't think this is healthy as I believe that we should always keep a critical eye on things we do.

Will you be able to provide support to further legal investigations in the future, e.g. EULEX has claimed it will follow evidence to track down cases?

I am a reporter so my job is to report events to the population through means of mass media and not to report those things to criminal or other investigators. I don't know what more can I tell them than what is in the story.

Altin Raxhimi is a freelance reporter based in Tirana, Albania. He graduated with a degree in journalism from the University of Tirana in 1997 and has reported, edited, or conducted research for a number of local, regional and international media including Top Channel, Albanian Daily News, BIRN, Transitions Online, Time magazine, Newsweek, the Chicago Tribune and the New York Times.