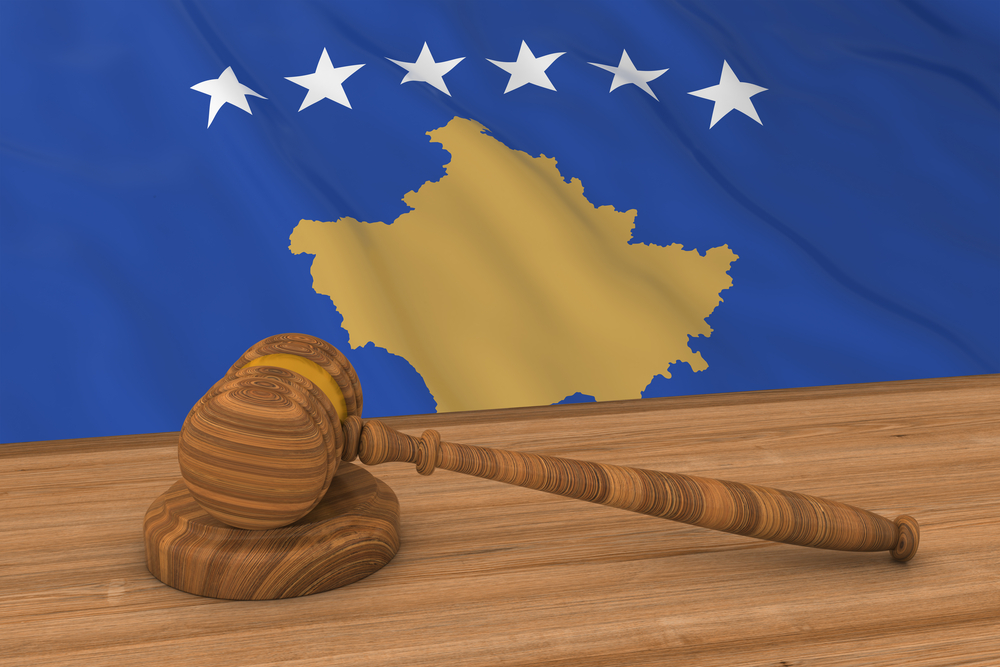 Overcoming partiality and risk of intimidation on the one hand, and lack of ownership on the other: the Special Court in Kosovo tries to give a new impetus to transitional justice with a "hybrid" approach, which involves both the national and the international dimension

This article examines the reasons why the Kosovo Specialist Chambers and its specific attributes are widely heralded as a promising hybrid solution for transitional justice. Namely, the failure by multiple missions (ICTY, UNMIK, Local Courts, and EULEX) to ensure prosecution of war crimes in Kosovo prompted the international community to envisage new hybrid instruments that combine international and local features – the so-called Kosovo Specialist Chambers (SC) and the Special Prosecution Office (SPO) – in order to bring perpetrators of war crimes to justice.

The SC qualifies as a hybrid court and, as such, it can play a useful role in shoring up the legitimacy and capacity of war crime trials. Given its attributes as hybrid court, this institution creates high expectations for justice for those victims that have been ignored by the previous tribunals both in the international community and the Serbian community in Kosovo.

The Hybrid Courts: a possible solution to the weakness of international and domestic Courts

Although the concept itself does not have a single definition, the notion of hybridity signifies the blended nature of national and international aspects, both in structure, composition, and functions. Commonly, these institutions are comprised of foreign and domestic judges. Additionally, they may apply domestic law, international law, or a combination of both. Also, they operate within the jurisdiction of the country where the crimes occurred. Finally, the legal basis for founding a hybrid court is established via a consensual agreement between the international community and the state in question. The specific combination of international and national features, however, may vary in each particular case.

The arrangements that qualify a court as hybrid, and yet case-specific, draw on the experience of the two previous generations of international tribunals and are specifically designed to address their perceived failure in providing justice for violations of international humanitarian law. The most noted shortcomings of second generation ad hoc tribunals and the ICC include their limited mandate, narrow jurisdiction, and political and judicial infrastructural problems including lack of capacity to handle complex criminal cases.

Oftentimes, trials organised by purely international courts also fell short of legitimacy because the people most affected by the crimes in question lacked 'ownership' in the process. Typically, the investigation and prosecution conducted by the international tribunals take place in faraway courtrooms, where the key actors lack familiarity with the conflict and the broader context in which the crimes were committed.

Likewise, legal proceedings at the national level were burdened with fear of bias or lack of judicial independence. These challenges have undermined the legitimacy of domestic trials too. Consecutively, as Lindsey Raub notes, “Non-hybrid courts are seen by the affected population as lacking both legitimacy and accountability”.

The SC, adopted by the Kosovo Parliament in 2015, represents a hybrid institution that blends national and international features allowing it to avoid the disadvantages of each, while conferring more legitimacy, but also contributing to domestic capacity-building and norm dissemination. Since it is based in the Hague and only employs international staff and judges, the SC has many of the features of an international court. Nonetheless, its legal regime makes it a hybrid one. Specifically, its legal basis is established in Article 162 of the Constitution of Kosovo, and later refined in the 2015 Law No.05/L-053.

By combining the strengths of ad hoc tribunals with the benefits of local process and ownership, the SC has potential to add legitimacy to the process. By using international judges and rules, it can contribute to the wider international efforts of capacity building and norm diffusion, i.e. assisting post-conflict Kosovo to incorporate effective rule of law elements into its legal systems.

The existing literature suggests specific advantages in having the affected community or state being involved in the implementation of international criminal justice besides international judges. As Etelle R. Higonnet notes, “Hybrids can harness the credibility of international law and the legitimacy of culturally appropriate institutions lending them a degree of authority as a mechanism for holding perpetrators accountable and … building social trust within the state”.

Laura A. Dickinson similarly argues that “combining international and local processes may have enhanced the perceived legitimacy of hybrid tribunals, and that these processes may facilitate greater penetration and development of the international humanitarian law norms”.

Besides gains of legitimacy, the domestic-international cooperation that hybrid tribunals entail can contribute to strengthening the target state’s domestic legal infrastructure and transferring norms of transparency and due process in the judicial proceeding. Although hybrid tribunals have a limited time mandate, the facilities and resources they build will outlive their legal activities. So will the human resources, staffing, funds, expertise, and detention and trial facilities that these tribunals have amassed.

Some of the helpful sources that the domestic system will inherit include training and mentoring of domestic jurists about international criminal law and impartial judging. The mix of national and international judges can also help enforce international and domestic standards against accused perpetrators, particularly those with high-level political links.

Thus, the hybrid courts offer the chance to mend the domestic culture of impunity that often characterises post-conflict situations, showing to war criminals and others that illegal actions bear consequences.

Given their promised advantages, hybrid tribunals have been generally embraced by the international community as a normative and pragmatic strategy for dealing with post-conflict situations. Yet, they have also come under critique for striving to achieve various, sometimes overlapping and sometimes conflicting, goals. As Sarah M.H. Nouwen suggests, hybrid tribunals face immense expectations “to offer legitimacy by providing ownership without affecting independence and impartiality; to be able to prosecute more perpetrators in less time and at lower costs while also building domestic capacity; to be able to implement domestic justice while upholding international law and to comply with international fair trial standards…”.

At the political level too, the need to strike an agreement with local actors, including power holders who may be the very target of those courts, will necessarily create channels of resistance and interference in the process of setting up and running such courts.

The SC, like all previous attempts to investigate war crimes in Kosovo, was initiated and mostly managed by various structures of the international community. Yet, unlike the previous attempts, the SC’s hybrid features, arguably, would enable it to avoid the ethnic bias, social intimidation, and political pressure that typically plague war crime investigation. As such, it can play a useful role in shoring up the legitimacy and capacity of war crime trials.

As a new effort that legally and structurally amends previous attempts at justice, the SC has aroused many expectations that it will end the widespread sense of impunity. It remains to be seen if the SC can manage to take advantage of its hybrid nature and possibly advance the transitional justice process in Kosovo or it ends up as just another failure.

The article is part of a wider research project supported by the Kosovo Foundation for Open Society as part of the project “Building knowledge about Kosovo (3.0)”, the findings of which will be published soon.