Kosovo's PTK privatization: with a little help from old friends 18/09/2012 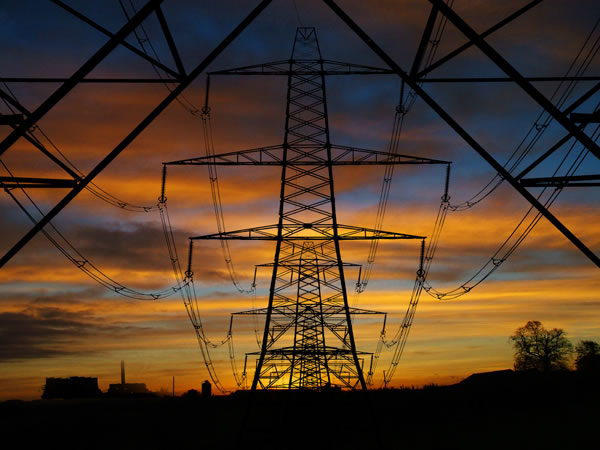 Kosovo suffers from a chronic lack of energy. To overcome the power shortage, the government gambled on the "Kosovo C" project, a coal-based power station expected to start production in 2015. What is most needed now, though, are a wide public debate and a clear development strategy in the energy sector

Money has apparently not solved Kosovo's ongoing energy problems during the past decade. In these years, the two currently active coal-based power stations, "Kosovo A" and "Kosovo B", have soaked up millions of euros in investments that failed to renew and repair completely the outdated stations' equipment.

As a result, citizens must continually suffer from power cuts imposed by the Kosovo Energy Corporation (KEK). These blackouts happen without any warning whatsoever, even if, in theory, the power supply schedule depends on the level of revenues. As a consequence, rural areas suffer especially long power-cuts.

Currently nongovernmental organisations are committed to seeking new solutions, or at least to push state institutions towards finding them. The entirely innovative but promising idea is to launch a wide-ranging debate to discuss alternatives to improve the current energy situation.

According to GAP Institute, a Pristina-based think-tank, political governance first has to focus on finding a short-term solution. Kosovo's long-term energy strategy is to build a 2100 megawatts coal-based power plant that should start production in 2015.

"And what should we (Kosovars) do in the next seven years until the new power plant is completed? Energy is an issue that we have to deal with now," says Shpend Ahmeti, head of GAP institute.

The GAP institute has analysed the regional energy situation to discover electric energy consumption levels and losses in the network. GAP sees economic growth as top priority, and with the contribution of 30 local experts, is working to identify and eliminate obstacles to this growth. Ahmeti points out, "The private sector is considered the best booster of the domestic economy, but almost 80% of local entrepreneurs, in various surveys, have identified energy shortages as the main problem in business development, ahead of tax problems and corruption."

Thus, the institute believes that Kosovo, as an aspiring democratic society, needs a competition of ideas and a unity in policymaking strategies.

KEK, as a public enterprise, struggles to find a way to be self-sustainable, mainly because of low revenues. Kosovo and Albania are the only realities in the region that still confront the problem of collecting money for energy consumed.
Official records show that KEK receives payment for around 30% of its total power production; the rest consists of unpaid bills, losses in the system and illegal connections (stolen electricity).

Among other suggestions, GAP recommends created "Energy Police" units; because several KEK workers have been beaten while collecting bills. At the same time, lawsuits against illegal consumers have been stalled in the slow acting courts.
Currently, possible privatisation projects for the distribution system are being considered. The distribution sector causes an estimated 18% of the losses to KEK. For this to be changed, the conveyance and distribution sector need to undergo a radical modernisation that would require an estimated 500 million euro in new investments.

The Kosovo government's long-term strategy to end its energy supply problems is to build a coal-based power plant, the "Kosovo C" power plant. The power plant should be able to produce 2100 MGW (mega watts), the target capacity recommended by the Lignite Power Technical Assistance Project (LPTAP), a Ministry of Energy and Mining project supported by a World Bank grant.

The main priority of "Kosovo C" will be to satisfy the ever-growing local consumption, which will soon need an estimated 1000 MGW. The rest of the production will be exported regionally, a process that should help boost Kosovo's economy.

The LPTAP project is undergoing the long and complex process of preparing the tenders needed to provide Kosovo with a power producing plant associated with a new lignite mine, but also to rehabilitate certain units of an old plant (Kosovo A). The whole project should cost four billion euros. The LPTAP project also is writing completely new legislation, in accordance with the EU standards, since Kosovo will be implementing a project of such size for the first time.

A recent study by Kosovo's independent commission for mines and minerals estimates that Kosovo has among the world's richest reserves of lignite coal with an estimated 11,500 to 14,000 million tons.

As Kosovo's biggest capital project, the project has attracted interest from several foreign companies. Four of them have been short listed to participate in the future tender: EnBW/WGI (Germany/USA), CEZ/AES (Czech Republic/USA), ENEL/SENCAP (Italy/Greece-USA), and RWE (Germany).

"LPTAP is waiting to launch the second phase, when political decisions have to be made (by the Project Steering Committee) in order to announce the tender," says Lorik Haxhiu, project manager of the LPTAP project. He indicates that the second phase will also define the tender's structure to include selection criteria, location, final capacity and the pace of construction of "Kosovo C".

"Among the possible criteria to be included in the tender is to select the company that would bring best profits to our country and a guarantee that it would supply the local costumers with the best price considering the price of coal used as raw material for production, the size of the plant and its environmental impact," says Haxhiu who adds that the surplus production will be sold in the region.

However, the project's side effects are becoming an important issue. The "Kosovo C" power plant and the planned coal mine are planned for an inhabited area in the outskirts of Kosovo's capital Pristina. It will also transform agricultural land and use many natural water resources.

However, Lorik Haxhiu of the LPTAP office responds to the critics by noting,
"'Kosovo C' will help solve air pollution problems, because possible conditions for the future investing company will include shutting down and cleaning of the outdated 'Kosovo A'."

Besides the dangerous particles released by "Kosovo A" and "Kosovo B" chimneys, and the constant risk of production waste, the coal excavation process would contaminate Pristina's air with constant waves of dust. Given this delicate situation, some question as to whether a new 2100 MGW plant would improve or contribute to further pollution.

Last May, a group of Kosovo experts, involved with the "Forum 2015" project, published a report pointing out the faults of the project to build the "Kosovo C" plant.

The report emphasises the lack of economic, social and environmental analyses. Public discussion practically did not happen during the initial years of the project, which violated the Aarhus Convention that grants public access to information and decision-making processes. "Forum 2015" raised its concern about the area's low water resources, which simultaneously must satisfy the needs of agriculture and the power plants. One of the report's top concerns is the lack of transparency on Kosovo's exact profits from the project, and how far the winning company will be allowed to exploit local coalmines. Another unresolved issue is the transparency around the company's future profits from exporting power to the region. The report asks, "Is this an international or national project?"

The magnitude of the "Kosovo C" project and the complexity of the energy sector have found Kosovo society legally and socially unprepared, considering that this society has no tradition or culture of debate.

Another institute insisting on a wide-ranging debate is the Kosovar Institute for Policy Research and Development (KIPRED). As an institute that analyses economic trends and provides macro economic recommendations, KIPRED has published its suggestions on the "Kosovo C" project for use at the highest levels of government.

Genc Krasniqi, from KIPRED poses a substantial question to everybody involved in advocacy for building the new energy facilities, "Even though we are discussing a project that will have a tremendous impact on our society, there is no public debate on what is Kosovo's public interest."

KIPRED recommends that the Kosovo Parliament ratify the Energy Charter Treaty, Kyoto Protocol, Aarhus Convention and EITI before making any restructuring or privatisation in the energy sector.

The public's involvement in presenting plans, challenges, problems and environmental impact, is essential, especially for citizens that could be hit by dislocation during and after the construction of the new power plant.

In regards to environmental threats, Krasniqi argues, "an appropriate debate, including everybody involved, would bring to the surface real dangers threatening Kosovo. For example, beside the pollution currently produced by the plants, there is also a constant use of generators during power cuts. We have estimated their impact on the environment as 700,000 cars with no filters."

The current government is pushing forward plans to privatise sectors of KEK, believing that such a move will increase the efficiency of the corporation. In January 2008, it also decided to freeze all KEK tenders and projects that supposedly violating regulations. The government also delayed all political decisions about the "Kosovo C" project. In comparison, the previous leadership was moving with fast-track steps towards implementing the project while ignoring implementation of international agreements.

As the largest private investment ever to be undertaken, experts warn that, legally, Kosovo has to move on with implementing current laws, adapting its legislation in compliance with the EU standards, and ensuring the rule of law.

The economical, social and environmental impact of the controversial power plant will all depend on offers that the project's steering committee will accept and allow to implement. However, this entire investment would have had a much smoother flow if Kosovo had a clear long-term strategy for developing the energy sector. In this case, it would have been much easier to redirect or more efficiently use the estimated 700 million euro soaked up since 1999 by the current power plant.

Until now, though, the present government gives no signs of change. Its 2008-2011 working plan can be easily described as "wishes" without any concrete programme that would develop the energy sector and provide costumers with 24 hours of electricity.

Clearly Kosovo's energy capacity will remain only a capacity, until the government, the parliament and the society compile, approve and start implementing a clear strategy for developing Kosovo's economic future, paving the way for foreign investments that would power a modern Kosovo.