Kosovo: the deal is good 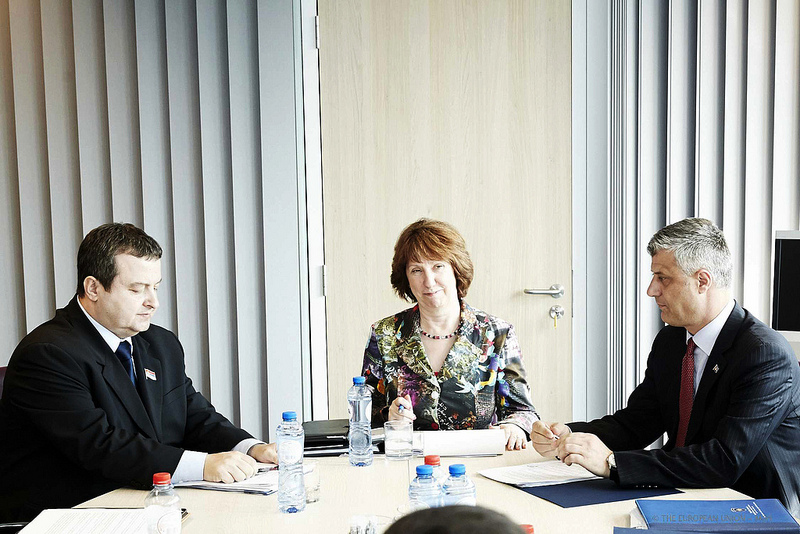 The Kosovo-Serbia deal is a victory for the civic notion of statehood and citizenship, avoiding further risks of ethnic partitions. Also, it is a remarkable success for the EU, and a reason to be optimistic about its future

Remember the ontological proof of the existence of God? God is that being that possesses all qualities in the highest degree, such as goodness, wisdom, knowledge: consequently God must exist because it cannot lack the primary quality, that of existing. The argument that Serbia recognised Kosovo is similar: as it accepted that the north is part of Kosovo, it must have recognised that something called ‘Kosovo’ exists. The difference, of course, is that this argument has an empirical basis, because Kosovo obviously does exist. Hence one can say with greater confidence that Serbia recognised Kosovo than that God exists. But this is not the point: the deal is about the north and its self-determination rights, not about the recognition of Kosovo.

I find the deal a very good one, except in one respect: the Serbs of the north were seemingly excluded from the discussions. In the end, the deal is about their life. On balance, it probably is a good deal also for them. But they should have had a say. Nonetheless, if Serbia sticks to the deal, it shall probably hold because without Belgrade’s support the likely resistance of the north shall be less effective and is likely to fade away over time. This is unfair to the north, but I hope that Kosovo’s authorities and population will be respectful of the legitimate concerns of its residents, 95% of whom invoke the same self-determination principle that 95% of Kosovo’s population appealed to in declaring independence.

End of a weapon of mass distraction

The deal closes a serious political problem for Kosovo, because the north was – in the words of a friend – a ‘weapon of mass distraction’, repeatedly used by Kosovo’s government to direct popular attention away from poverty, unemployment, corruption and, more generally, the mismanagement of their country. But the deal opens a fresh problem, for Kosovo now inherits a sizeable population that will not become loyal citizens of the State for at least a generation.

I hope that the opposition and the critical voices of Kosovo’s society shall not allow the government to turn also this problem into a veil behind which they can hide their responsibility for the conditions of Kosovo. It might be tempting to accuse the government of having accepted a deal that gives too much autonomy to the north. But it would be wrong, immoral and counterproductive. Wrong because this deal, visibly, is the only possible one: short of using force, granting autonomy to the north was the only way to absorb it into Kosovo. Immoral, because it is indefensible to deny the north a reasonable degree of autonomy. Counterproductive, because it will leave the political problem open, creating an incentive for the government to show its patriotism by doing something silly in the north, like the July 2011 police raid, which would yet again distract popular attention, and would greatly increase the difficulty of integrating the north. Moreover, the West would side with the government in such a debate, and the population knows that Kosovo still needs external support. In short, the opposition would open a wrong and losing battle if it were to oppose this deal.

Conversely, this deal opens to them a wide field where they can drag the government into a battle they can win: is Kosovo being well governed? This, finally, will become the centre of public debate. And even if the opposition does not succeed in overthrowing this government quickly, its ministers would finally have an incentive to improve their performance: something that they evidently were not preoccupied with until now, shielded as they were by the question of Kosovo’s territorial integrity.

A success for the EU

Consider also the external actor. The deal is a remarkable success for the EU (and a reason to be optimistic about its future, for Serbia evidently gave up the north in exchange for the hope of perhaps joining the Union in a decade or so). The EU and the West have supported the current government of Kosovo also, if not primarily because they wanted this deal to happen. Now that the deal is done this governing coalition is less useful to them, and might soon become a liability: they are likely to prefer a good and clean government to a bad and corrupt one. Thus, one big obstacle to opposition pressure against the government will probably disappear. Eulex, for instance, might now begin to repress corruption. All the more reason for the opposition to focus on this battle, and not on the morally indefensible attempt to deny autonomy to the north.

For the same reasons Kosovo should for now leave the question of UN seat in the background. Serbia’s public opinion should be given enough time to realise how little they gain from their opposition, how much they could gain by dropping it, and how high the cost of Russian political support is. And be sure that as Serbia (hopefully) moves toward EU accession, its incentive to formally recognise Kosovo will steadily grow. The gravest mistake would be to allow the UN question to become yet another excuse for not dealing with Kosovo’s internal problems. It would be an inexcusable mistake.

Finally, the deal is good also because it deprives the current leadership of the Kosovo Serb community of its purpose. This group probably is the worse collection of political entrepreneurs and profiteers in the Balkans, and its only raison d’être was to demonstrate to the world that Kosovo is multi-ethnic. The SLS, visibly, is more loyal to the prime minister than much of the PDK party. Now they lost their only asset, because hopefully the integration of the north will allow a more genuine, if perhaps more combative political leadership to emerge. This will complicate Kosovo’s politics, but better having complication than 10% of parliament that literally sells itself to whoever governs in exchange for rents.

I have not talked of the broader picture. Because I failed to see what interest Europe had in forcing a territory as small as half of Luxembourg, and rather less important than the Grand Duchy, into a state they don’t wish to belong to: especially if this threatened the pro-European orientation of the largest country of the Balkans, which was the source of most of the problems of the last two decades. This policy was a very risky one, because with Russian help Serbia could have become a real nuisance (double praise, therefore, for having secured a deal). But it also was a morally dubious policy, for nobody can fail to see the parallel between the Serbia-Kosovo question and the Kosovo-north question. I agree that this deal is a victory for the civic notion of statehood and citizenship, and avoids an ethnic partition. But, rhetoric aside, everybody sees that the independence of Kosovo in reality was the partition of Serbia on an essentially ethnic basis. To return to my main argument: this is all the more reason for the opposition to be content with this deal, which probably gives Kosovo more than it deserves, and to concentrate on improving their country rather than disputing the political rights of their Serb fellow citizens.