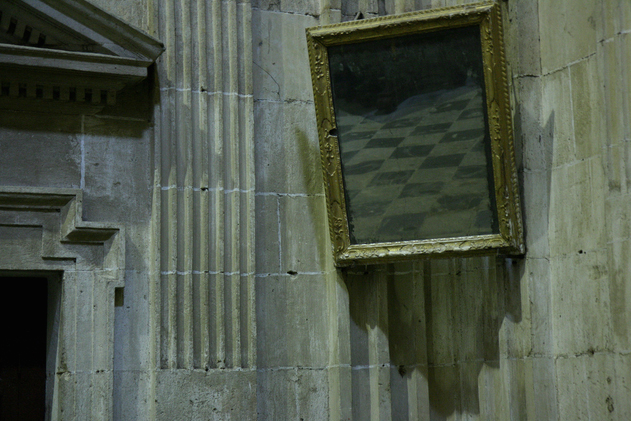 Can the judges of the Constitutional Court in Kosovo take part in decisions on matters that affect them directly? Of course they can. A comment

The political crisis and this Eulex scandal have left the latest ruling by the constitutional court in the shadow. This is a pity, because it merits attention. The case was about the legality of the decree by which, in late August, the president of Kosovo extended the mandate of the three foreign judges of the constitutional court.

A few weeks ago the Ombudsperson challenged the legality of that decree. The referral is worth reading, I am told, because its arguments are remarkably clear, cogent and comprehensive. The decree is plainly illegal, in my view: suffice it to say that the only person – a former government lawyer – who tried to defend its legality has eventually had to cheat (she used a misleading quotation). But let’s assume, for the sake of argument, that the question was uncertain: that there were arguments on both sides of the debate.

The referral raised a delicate preliminary problem, for the three foreign ones were not indifferent to the outcome of this case. Had the court decided that the decree was illegal, in fact, they would have lost their seat, their job, and their salary. Their reputation would have suffered too. How could they be expected to decide impartially on such a referral? Their personal interest evidently conflicted with their duty to be loyal only to the constitution: they found themselves in a situation that is general called a ‘conflict of interest’.

This means that two parts of the same brain, or conscience, work one against the other, torn between the duty of impartiality and the personal interest. As nobody can enter the conscience of a person, the only way to address such a situation is to remove the temptation. Nemo iudex in re sua is how they put it two millennia ago: ‘nobody should be a judge on his own things’. In modern terms, we say that ‘conflicted’ persons should have no say on the matter on which their conflict impinges. Throughout the world, in fact, and in all sectors of political, social and economic life, there are rules that say that if someone has an interest that is conflicting with his or her duty on a certain matter, then he or she must abstain from deciding on the matter.

Article 18 of the law on Kosovo’s constitutional court is one of such rules: ‘[a] judge is excluded from participation in a proceeding ex officio or upon the request of any party when the judge is involved in the case that is subject of consideration by the Constitutional Court’. Article 2.2 of the court’s own code of conduct lays down an even stricter criterion: ‘[t]he Judges shall take care to avoid all conflicts of interest and shall disqualify themselves from participation in any case in which their partiality [sic] may reasonably be questioned.’

The court is well aware of such rules, and knows what they mean. It disqualified one of its judge from taking part in ‘political’ cases, in fact, because he had been caught attending a PDK rally. The reason, naturally, is that he can be supposed to be close to PDK, and might therefore be tempted to favour the interest of this party in ‘political’ cases: at the very least, his ‘impartiality may reasonably be questioned’, as the code of conduct says. Very good. Yet, that judge only had an indirect, or presumable, conflict, which stemmed from his apparent political orientation: wasn’t the temptation of the three foreign judges even stronger? They had a direct conflict of interest, concerning money flowing to their own bank accounts: they were, in the language of article 18, ‘involved’ in the case, for it concerned the legality of their own appointment.

The ruling of the court was approved unanimously by seven judges of the court: the disqualified judge did not participate, because it was a ‘political’ one, but the three foreign ones did. The ruling neither mentions the two articles I just quoted, nor uses any of the following words: “bias”, “personal interest”, “impartiality”. The colossal conflict of interest of the three foreign judges is not even discussed.

The Ombudsperson’s referral was an urgent one, moreover, just like that concerning Isa Mustafa’s election as parliament speaker. Such referrals must, by law, be given precedence on all other pending cases. Mustafa’s case was decided in the space of five days. This case was decided 35 (5x7) days after the referral was lodged, a delay for which the Ombudsperson rightly complained, and which the court did not explain.

My interpretation is the following. The judges first tried to come up with some argument to say that there was no conflict of interest. But their fantasy failed them: none of the arguments they came up with could be written down without moving the reader to incontrollable laughter. So they said to themselves: ‘Why should we bother? We are the highest court, and nobody can contradict us; we already issued many impossible decisions and nothing happened to us; on the contrary, they even invented this illegal decree to extend our mandates. So we’ll just pretend that there is no conflict of interest and not even mention this question.”

I shall not tell you what the decision says because it is pointless: as is the product of a colossal and undeclared conflict of interest, the ostensible reasons for it have nothing to do with the real ones. I shall just say that the court saved the decree by not talking about it (the judges’ fantasy was a bit tired, as I said, and failed to produce usable arguments also on this front). You can however read the Ombudsperson’s critique of the decision, which – I am told – is accurate and comprehensive.

Although this decision is a joke, and the court is a farce, the matter is serious: this is an open challenge to the very notion of the rule of law, for the court effectively said that the law is what it says that the law is, and not what you read in the official gazette. The court should be held accountable for this: as it is a political organ, and a covert and partisan one, it should be treated as such. Just as one would demonstrate against a PDK-led government, one can demonstrate against a PDK-led court. Not doing so would validate the court’s conviction of its own inviolability, and would allow it to continue to distort and damage Kosovo’s political life.