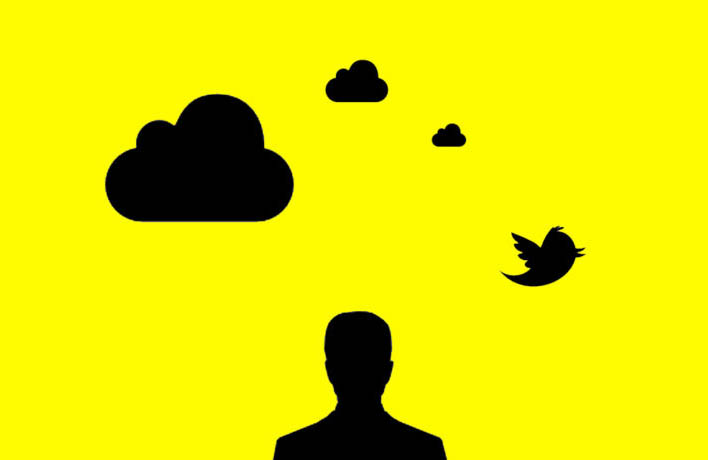 In Kosovo portals, websites, and blogs, that are supposedly there to inform society, have turned into a toxic arena for personal feuds, while it's difficult to find a minimum of critical analysis on any given topic

I sold my first poem to a Kosovo-based magazine when I was 17. It was a lousy poem but it brought me 20 deutsche marks. I still remember that green banknote. It had that distinct smell money has, and the face of a famous 19th century German poetess printed on one side, and a quill pen and a tree of sorts on the other. As proud as I had been to sell something I had written at that fragile age, the occasion was also my first lesson in understanding that bad writing sells. I never believed then nor do I believe now that that poem was worth the paper it was printed on. But an incomprehensible need to write kept nagging me for years and I continued to write poems, stories, and vignettes on scraps of paper, which perished in a fire that consumed my childhood home and most of what I had ever scribbled as a teenager.

We forget today, but it was hard to find an audience for your writing before the internet age and proliferation of websites, personal blogs, and now the turbocharged world of social media. These are different times where anyone who wants to write anything can do so instantaneously and share it with the rest of humanity. Somebody you may never meet will read your thoughts and give unsolicited feedback. It has never been easier to express yourself and broadcast it worldwide with almost no cost attached. A golden age for anybody who seeks an audience for his or her ideas, art and creations. What’s more remarkable is the level playing field that the internet has created across the world, including in Kosovo, where a vibrant and exuberant youth has embraced the web with a fervor that matches its passion for free expression and opinion production on topics of dizzying diversity.

Websites, blogs, news sites, online forums, portals, and social media have transformed Kosovo society in ways that are still hard to understand. Gone are the days when you had to beg some newspaper or magazine editor with the attitude of an emperor to publish your ideas. Gone too is the time when a handful of writers and opinion makers held an insurmountable advantage over society. Now everybody is a writer, opinionator, commentator, contrarian, editor, painter, hellraiser, journalist, investigator. This is a great achievement because it provides space for alternative worldviews, unique perspectives, progressive ideas, healthy noise, and inventions. It also denies the alleged and false claim that only a class of well-established intelligentsia (such as it was in the 1990s) can and should examine and interpret social, economic, and political issues.

The democratization of the web also allows society to combat its own ills: crime, corruption, fraud, malfeasance, etc. There is no denying that all these are positive developments for a place like Kosovo. Yet, there is a notion that the internet has also become a somewhat venomous place.

On any given day, combing the Kosovo and regional webosphere for something informative to read, one is hard pressed to find a minimum of critical analysis on any given topic — social, economic, political, art. Much of what is written and put on the web is a form of personal ranting and blustering, mistaken for thoughtful and analytical commentary. Portals, websites, and blogs, that are supposedly there to inform society on important matters, seem to have turned into an arena for personal feuds between highly opinionated commentators and social media pundits, whose main form of argument is to disparage one another on a personal basis. Although widespread across topics, politics-based opinion and commentary seem to be the most toxic where it’s hard to learn anything of importance beyond a rich array of personal insults and slurs. The opportunity to write and publish thoughts is used not to contribute or enrich the debate or even win the argument, but to slander those who hold a different opinion.

Not long ago, I sat in a humid and dark room inside the National Library and read Kosovo-based newspapers and magazines from the 1980s. The years leading to that decade were some of the best for Kosovar Albanians, both in terms of political and economic awakening, but also of education and a cultural expansion. Now, there are a million things to find wrong with the 1980s, but leafing through papers of the time, it is remarkable to see rich and varying content on art, culture, theater, and education. Reporters seemed to demonstrate an old-fashioned commitment to their profession by reporting the news instead of opinionating about them. I read about theater and film, learned reasonably about social conditions and labor markets in municipalities, and was amused with some critique on that era’s poetry and prose. While political censorship was widespread at the time, some commentators opined with a form of equanimity that reflected not the limits of their freedom of speech, but one can detect in their writing a form of self-restraint that is a virtue of wise and learned minds.

Self-restraint may seem like a trivial rule to the current members of the commentariat, but it is one of the bedrock values of a civilized conversation, recognized as such since antiquity. A carefully calibrated and measured opinion is a principle that teaches us to take a moment to think, to ponder, to question, before we unleash our unchecked passions and  judgement about others. “To be without any sort of principles upon which to base our discussions… would totally rule out any intellectual life, or any life at all,” wrote Cicero, the Roman orator and writer, in his essay, “On Duties.”

Almost 1,900 years later, Arthur Martine, echoed Cicero in his book on “Etiquette and Guide to True Politeness,” when he wrote that “the art of conversation consists in [sic] knowing how to contradict and when to be silent; for to constantly acting [sic] a fawning and meanly deferential part in society, it is offensive to all persons of good sense…”

But lack of self-restraint, silent thinking, and respect in public discourse is more than a principle of polite conversation. The vociferousness in debate tells us more about ourselves by revealing our deepest insecurities and inadequacies. “People who know no self-restraint lead disordered lives,” wrote Seneca, the Roman Stoic philosopher, in a letter to a friend. “Whenever he talks about someone else’s misdeed he thinks of his own, which seems to him all too inadequately hidden.”

But no one needs to constantly say the right thing or be on the right side of the truth. What’s important in public debates is “to always be ordinarily civil, even if we cannot always be absolutely wise,” added Martine in his book.

There will come a time when the dust will clear and deeper and artful forms of conversation will bloom in the public space, but until then, vociferous shouting matches and petty squabbles will continue to define what passess for a public discourse in Kosovo.

* Mikra Krasniqi is a contributor for Kosovo 2.0. His essays, interviews and articles have appeared in regional and international media, including Balkan Insight, Voice of America,The Washington Post, Baltimore Sun and Harvard Kennedy School Review. He lives in the United States.