Kosovo's economy, many myths to dismantle 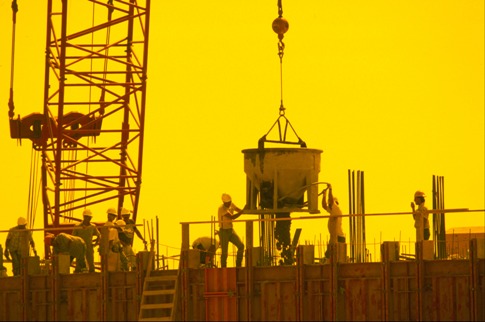 Even when the status issue will be solved, economic development and foreign capital investment in Kosovo will not be automatic, but they will come only thanks to an effective policy, which up to now is still absent. An interview with Safet Gerxhaliu, of the Kosovo Chamber of Commerce.

Safet Gerxhaliu, is an economist specialized in international commerce. In the past he cooperated with Kosovo's transitional government institutions. Today he is the director of the Office for International Economic Affairs of Kosovo's Chamber of Commerce.

How much did Kosovo manage to become a mature and functional market economy?

That's, I think, the most important question at the moment. Kosovo, from this point of view, fell behind for many understandable reasons. The problem is that we are still not ready to deal with the challenges that are waiting for us in the future. Today it is necessary to concentrate on the economic growth, because it is impossible to stabilize the Balkans, but especially Kosovo, without development. The first problem to face is the very high unemployment rate. At the same time, we have to jumpstart the production cycle. Today more than 90% of the products consumed in Kosovo are imported. It is time to import know-how, to prepare our entrepreneurs to work in a globalized and integrated economy. We are very far from an acceptable economic integration: Kosovo is open to foreign consumer goods, but our products haven't any access to international markets.

What are the biggest challenges for Kosovo's economy? What steps are to be taken urgently?

The first step is to carry out and improve our basic infrastructures, from roads to energy. An effective implementation of the economic legislation is urgent too. In theory, our laws are similar to those of the EU, but if we have a closer look, we can see that these laws are not always enforced . There's a paradox: if we would respect literally the European directives, for instance on energy and mining, most activity in this field in Kosovo should be completely suspended . We must also try to harmonize our tax regime with those of our neighbouring countries. Let's take, for example, the corporate profit tax. Today it is higher in Kosovo than in the other countries of the region. This greatly discourages foreign investment. We must dismantle many myths: people must understand that, even when the status problem is solved, nobody will invest money in Kosovo because they love us, but only if there are good opportunities for profit and growth.

But what is the level of foreign investment in Kosovo at the moment?

During the privatization process good conditions were created for interesting investments, like that of the metallurgic industry " Ferronikel", bought last year for about 30 million euro by International Mineral Resources/Alferon. As a whole, however, there are no reasons to be satisfied with the situation. The scarcity of foreign investment is a big problem for the whole Balkan region, but it is especially serious in Kosovo.

We are in an electoral campaign. Do you fear that the economic issues will be marginalized because of the status issue?

The future of Kosovo depends on its capability to improve its economy. I do not contest the politicians who deal with territorial and strategic problems, but I think that it is not acceptable that everybody deals only with this, while everything else is neglected, as our government is doing at the moment. Besides, we must say that for the politicians it is too easy to manipulate the public opinion with the status issue, hiding their responsibilities and incapacities to face society's problems, also because we all know that the status question will not be decided in Pristina or in Belgrade. We are wasting precious time, and we should concentrate on social and economic problems, and on having good relations with our neighbouring countries. To work seriously in these sectors means to really give a substantial contribution to the status issue.

Do the media in Kosovo do enough to point out the problems linked to economic development?

We are not satisfied with what mass-media are doing in this field. Kosovo's mass-media are very active, but there is a lack of qualified professionals, and not only regarding the economy . Their role should be to provoke a discussion, but too often they are just uncritical spokesmen of power, and their news stories merely report about the activities of the government. What we need is an investigative journalism, able to call attention to the real problems of the people.

Many problems remain unsolved. Almost ten years after the end of the conflict, a strategy to improve Kosovo's economy has not been implemented. We spend a lot of money without a precise idea about which direction to take. In the beginning, the new Ceku government seemed promising, thanks to the promises to focus its efforts on economy, energy and education. But these promises turned out to be only empty words, and every failure, of course, is justified with the status issue. I firmly believe that an efficient administration in Kosovo is an absolute priority. It is an illusion to believe that after the status solution life in Kosovo will be milk and honey . The EU will finance only innovative and sustainable economic projects, and surely only competent managers will be able to propose such projects.

Are you satisfied with the banking and credit system created in Kosovo?

Not at all. Today many entrepreneurs in Kosovo work primarily to pay the bank loans, usually short term ones, because our interest rate is the highest in Europe. In theory, the Central Banking Authority should supervise, but in fact this organization is managed as a private bank, and the staff are maybe able to speak good English, but they are unprepared from an economic point of view and therefore easy to manipulate.

Kosovo is currently managed by two different administrations, one local and one international. Does this complicate economic planning? Who really controls Kosovo's economy?

In Kosovo there are not two administrations, at least in the economy, because this field is managed and controlled nearly exclusively by the local government. The true problem is the extreme politicization of this sector. The most important posts are filled acording to political criteria and the chief administrators have little or no economic competence. Ethem Ceku, the current Minister of Energy as well as Bujar Dugolli, Minister of Commerce and Industry have university degrees in history. I don't think they have time to learn and to govern at the same time.

The official statistics says that the number of business enterprises in Kosovo is rapidly growing. Is this positive?

The statistics is very distorted, and the growth in the number of registered enterprises is mainly due to the fact that here it's very easy and cheap to create a new business . To understand how many enterprises are actually working, you have to look at the ones that pay taxes at the end of the year. They are drastically fewer than the ones officially registered. The reality is that in Kosovo we have a very strong black economy. According to a recent UNDP research, the "unofficial" economy is worth at least 1,2 billion of euro.

Do you think there's a risk for Pristina to attract all the economic acitivities in the region, and so to create a gap between the city and the other areas in Kosovo?

No, not at all. Even if it's true that many economic activities are moving to Pristina, Kosovo is too small to have an important disparity among the different areas.

What are the most attractive economic sectors in Kosovo and which ones could be successfully developed in the future?

Lately, the more alluring sectors have been wood and iron industries as well as farming, and these sectors certainly have experienced strong growth. For the future, I believe that, considering the young age of our population and the enthusiasm in learning foreign languages, information technology could have good chances, especially software . Sectors that could be interesting are, last but not the least, mining and energy.

Speaking about energy, what do you think about the"Kosovo C" power station project?

I am not so sure that "Kosovo C" is the best approach to the energy problem. I think that such an enormous project, that is expected to cost nearly 3.5 billion dollars, is a very risky one, expecially speaking of environmental impact. In my opinion, it is possible to find alternative and more functional solutions.