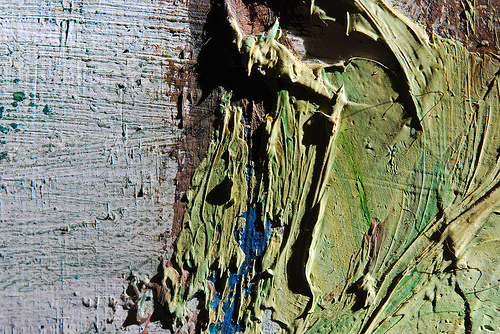 Four months after Kosovo Prime Minister Hashim Thaci announced a government reshuffle, it eventually became real in Pristina on April 1. Unfortunately, it is difficult to find any strategy and clear political guidelines behind the initiative

Finally, it happened. The reshuffle of the Kosovo government, announced four months earlier, became real on April 1, even if the news had to be double-checked as to whether it was an April Fools Day joke.

Six ministers, three from Prime Minister Hashim Thaci’s Democratic Party of Kosovo (PDK) and three from its junior coalition partner, the Democratic League of Kosovo (LDK), made way for new people. Thaci also appointed the head of the new Ministry of Integration, established to strengthen ties with the European Union and NATO.

The government reshuffle suffered major changes from the initial plans; as a result, many citizens seem disillusioned with the new people included in the cabinet.

Talks for change first emerged last November, during the electoral campaign for the local elections, the first vote held in Kosovo after the government declared independence.

Despite being partners in the central government, PDK and LDK confirmed themselves as the main rivals in the electoral competition, and fiercely accused each other of bad governance. The two parties even gave signs of a possible political “divorce” after two years of cohabitation in government.

Soon after the elections, PDK Deputy Prime Minister Hajredin Kuci said, “The PDK - LDK coalition should be reviewed.” The statement was later softened into, “The government will be refreshened in order to serve citizens better.”

Apparently PDK and LDK, the two main political factors in Kosovo, decided to push back the radical changes and share power at least another 18 months. Thus, they preserved their rather “unnatural” government coalition (given their substantial political differences), which was born in early 2008 just before Kosovo declared independence.

For almost four months, analysts were guessing who is staying and who is leaving the cabinet, while the media extensively covered the issue. Each media company would compete with “exclusive” interviews, or using “unnamed government” sources to bring daily headlines to readers who were thirsty for change.

The international presence in Kosovo linked the political will to carry out changes in the government with the fight against corruption. Through the media, the EU’s “Rule of Law Mission – Eulex” invited Thaci’s government to replace corrupted ministers, suspected of embezzling millions of Euros.

Other EU offices, like the European Commission and the EU Special Representative in Kosovo warned Pristina to show bigger efforts in fighting corruption, especially if Kosovo wants to obtain a better EC Progress Report next autumn.

However, the government reshuffle was implemented without visibly taking into account the corruption factor. There was no spectacular discharge of ministers or high-level officials involved in corruption, and no one was “crucified” for bad delivery while in charge.

Prime Minister Thaci, instead, praised the work of the outgoing ministers and did not – to some ministers' frustration – provide any explanation about the reasons of their dismissal. One could ask: if the replaced ministers “did a good job”, than why bother to change the cabinet?

According to leaders of an opposition party, Alliance for the Future of Kosovo, the current government used this political initiative to only try hiding bad governance and corruption by providing artificial political problems to the media and the public opinion.

Any strategy and clear political guidelines behind the reshuffle are difficult to find. For example, Idriz Vehapi, the old Minister for Agriculture, Forestry and Rural Development, a PDK faithful, has been replaced by a PDK party spokesperson Blerand Stavileci. According to critics, Stavileci has been rewarded solely for blindly promoting PDK in the media for the past two years.

Another ministry experiencing changes at the top is the Ministry for Culture, Sports and Youth where, quite unexpectedly, a biologist, Mr. Lutfi Haziri, has replaced an artist, Valton Beqiri.

If his profession would not be enough of a surprise, Mr Haziri, until recently a Kosovo assembly representative of LDK, was one of the harshest critics of Thaci and his party during the latest elections campaign.

Haziri and other two newly appointed ministers (new Interior Minister Bajram Rexhepi and Health Minister Bujar Bukoshi) have been part of other governments in the past. Clearly, Thaci contradicted his promise not to include “the old guard” in his executive and to make way for new faces.

However, Thaci did not stop here. In the name of better management, he replaced the director of police and directors of the Agency for Medical Products, the Forestry Agency, and the Statistics and Cadastre Institute.

Unconvinced by Thaci’s decisions, the opposition already announced that, according to the constitution, questions will be raised in the assembly about what they define as “cosmetic” changes in the government.

Despite the government’s official position, important sectors of the civil society agreed that the criteria for all the dismissals has indeed been corruption. However, the reshuffle has not cleared the most corrupt members from the administration. According to Avni Zogiani, director of the anti-corruption NGO “Cohu”, the government has applied a “more corrupt, safer-you-are” formula. “Otherwise”, claims Myzejene Selmani, member of the opposition New Kosovo Alliance party, “Prime Minister Thaci should have been the first to follow the dismissed members of the administration.”

Speculations float that the Minister of Transport and Telecommunication, alongside the Finance and Economy Minister, were the ones to leave because of corruption.

However, after the government reshuffle saga came to an end, even without bringing substantial hopes of real changes in Kosovo political life, Pristina’s political elite (and most of the media) found another issue to divert the public opinion attention: the construction of the first highway in Kosovo.

Launched in the end of April, this infrastructure project represents the extension of the highway under construction in neighbouring Albania to connect the Adriatic Sea with Kosovo. It should now reach Serbia passing through Pristina. The announcements of the beginning of the works, on what has already been named the “Albanian National Road”, went on for weeks, with advertisement on television, radio, newspaper and street billboards that proclaimed another “historical moment” for the Kosovars.

Nationalist slogans, though, again seem to be stronger than facts, and many questions about the project remain unanswered. The highway still has no defined route, while the estimated cost for the 118 km road reaches €700m (Kosovo’s 2010 budget is merely €1.46bn).

Economic expert Muhamet Mustafa claims that the project’s costs limits investment in other sectors, while a possible increase of its price due to lack of a detailed plain could become a real burden for the country’s economy. However, using simple math, the government’s strategy foresees the selling of the Post and Telecommunication, Pristina’s International Airport and the Energy Corporation (KEK) in order to inject part of the privatisation money into the Albanian National Road.

While waiting for the highway to become real, the new ministers of Administration, Health, Culture, and Agriculture will join the dance of a government that, at home, finds it increasingly difficult to improve governance and to develop sustainable economic and social policies. In the international arena, the government does not seem to have any long-term strategy to increase the number of international recognitions. Even worse, Kosovo is lagging behind in its EU integration process.

With neighbours Albania and Bosnia and Herzegovina moving toward a EU visa-free regime by the end of the year, Kosovars could soon found themselves as the only one left outside the “visa wall”. Then, even a new highway to Tirana could lose, to a large extent, its current appeal.