Keljmendi, the boss of the Balkans 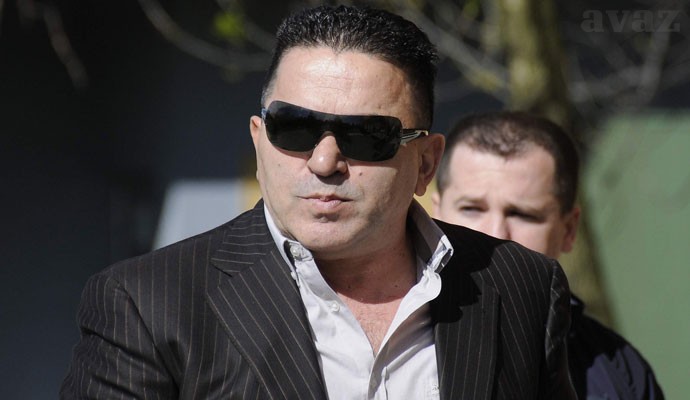 After having escaped an operation by the Bosnian police, Naser Keljmendi was arrested in Kosovo on May 5th. He is accused of murder, drug trafficking and allegedly runs networks extended throughout the Balkans

Last June, Naser Keljmendi (or Kelmendi) had the honor of being the subject of a letter that Barack Obama sent to all members of Congress. It was a Kingpin act issued by the President of the United States banning USA individuals or companies from performing any kind of transaction with non-US citizens classified as 'significant drug traffickers'.

As of today, 97 kingpins have been sanctioned by the USA: in June, Keljmendi was banned along with none other than José Antonio Soto, “El Tigre”, leader of the Sinaloa cartel in Mexico and Sayer Visir, “Shar”, classified as one of the major drug traffickers in Afghanistan.

Naser Keljmendi is considered to be one of the most powerful narco-bosses in the Balkans. He escaped a police operation - “Lutka” (doll) – conducted last September by the Bosnian federal police, by which 18 people were arrested in Sarajevo. He had found refuge in Kosovo going through Montenegro.

Kosovo is in fact where Keljmendi was from, namely Peč/Peja. Then he came into contrast with Ekrem Luka, a businessman very close to the Kosovo political leader Haradinaj, and became a Bosnian citizen in 1998.

According to investigation reports, the clan linked to Keljmendi kept carrying out illegal operations of all sorts from Peč/Peja, and managed heroine trafficking to Western Europe. Desperate people driving into Switzerland, each car loaded with 10 kilos of “browns”, got an average 5,000 Euro compensation per trip.

Center for Investigative Reporting (CIN) reporter Azhar Kalamujić has been following the alleged kingpin since 2009. In an interview to Osservatorio, he stated that “Keljmendi's arrest is a consequence of the Lutka operation, which involved various criminals of the BiH Federation and Republika Srpska suspected of committing many murders and other crimes. The Bosnian State Prosecutor's Office holds evidence of these connections. Specifically, Keljmendi is suspected of hiring killers from Republika Srpska to murder Ramiz Delalić, known as Ćelo, (editor's note: Delalić was murdered in 2007), a Sarajevo gangster. Operation Lutka started a year ago, many criminal suspects have been arrested since, including the former director of the anti-narcotic department of SIPA (State Investigation and Protection Agency), who was their mole. While a suspect, Keljmendi had fled the Country and up till today the police had not been able to find him”.

Sarajevo, love of mine

According to his deposition to the Canton Prosecutor Oleg Čavka in 2007, Naser Keljmendi arrived in the Bosnian capital in 1988 to then leave when the war broke out in 1992 and return later. He had started by opening a jewelry and then a fur coats store in the center, but the headquarters were in an Ilidža hotel, the Casa Grande.

It was known in the news because a manager from Ilidža mistakenly called it “Cosa Nostra”. Some malicious people deemed the slip to be very much appropriate.

The controversial businessman, however, who in 2007 was interrogated by the public prosecutor on Ćelo's murder, kept pleading “clean before the law and before God”.

As per the CIN reconstruction of the criminal life of Keljmendi, the Sarajevo canton has filed about 13 lawsuits against the family of the alleged narco-boss.

His children Elvis, Lindon and Besnik have been accused of various crimes, from illegal gun possession to beatings, and have also been imprisoned for brief periods of time.

Naser has never been trialed in Bosnia, while as a youngster in the 70s he was in jail for a year and a half in Kosovo for attempted murder.

In the old guard's stead

Keljmendi came out clean also from the murder of Ramiz Delačić 'Celo' – one of the local bosses and defenders of Sarajevo at the beginning of the war.

According to the allegations of the time, Keljmendi had linked himself to a local gangster, Muhammed Ali Gaši.

The Albanians, thus, allegedly took power over the illegal doings in the Bosnian capital after winning over the old guard that had defended, but also taxed, Sarajevo during the war: Ismet Bajramović 'Čelo', Ramiz Delačić 'Ćelo', Musan Topalović 'Caco' and Jusuf Pranzina 'Juka'. Muhammed Ali Gaši is presently in jail, sentenced to 20 years for extortion and attempted murder.

Keljmendi's interests, though, went far beyond the all in all limited 'market' of Sarajevo.

In 2008, the Bosnian police drafted a dossier for Interpol outlining the criminal organization which was apparently led by Keljmendi and involved in drug and cigarette trafficking, laundering and usury.

The influence of the clan apparently reached Montenegro, Kosovo, Macedonia, Croatia, Serbia, Germany and the USA.

According to the report, he had links with another alleged trafficker, the Montenegrin Safet "Sajo" Kalić.

Keljmendi apparently has property scattered along the region: he has three houses, two apartments and the Casa Grande Hotel in Sarajevo. He has various real estates in Montenegro and companies in Bosnia, Serbia and Kosovo.

“He is the worst criminal in Europe and that is confirmed by the fact that he has been black-listed by the USA”, so states Dubravko Čampara, Prosecutor of the BiH Special Department for Organized and Economic Crime that conducted operation Lutka.

Though, as stated by the CIN, “Keljmendi is a great mystery both for the investigators and for the reporters; it should come as no surprise that his name stirs so much speculation”.

Some media associate his name with the narco-boss Pljevlja Darko Šarić, still in hiding, and with North Mitrovica strongman, Zvonko Veselinović.

An obsession for cars

Besides some shootings every now and again at the Casa Grande Hotel and some issues his children have had with the law for violence and possession of weapons, until today Naser Keljmendi had enjoyed a very regular life, with one particular vice: he bought at least ten cars a year, from the most luxurious to utility vehicles.

This relative tranquility (the partner Ali Gaši did not enjoy as much) is linked to very important connections in the Bosnian political environment.

In particular, the alleged boss has always been associated with the media tycoon, today a politician, Fahrudin Radončić, publisher of the most read daily in Bosnia Herzegovina, the Dnevni Avaz.

Apparently, the Avaz company and Keljmendi exchanged land and apartments in Sarajevo and Zenica, and Avaz bought an armored jeep from the Bosnian-Kosovarian.

Radončić has always denied knowing Keljmendi; at the same time, many doubts were raised when he became Security Minister in June 2012, exactly when Obama's Kingpin Act was issued against the Peć/Peja trafficker.

The Bosnian tycoon now states that Keljmendi should be extradited to Bosnia Herzegovina and tried in his country. According to his own newspaper, Avaz, Radončić is in fact working for Keljmendi's extradition.

This is however turning out to be quite problematic, as Sarajevo has not recognized Kosovo and cannot open extradition procedures with a country whose existence it does not recognize.

Many things still remain to be clarified on the arrest of 'the worst criminal in Europe'.