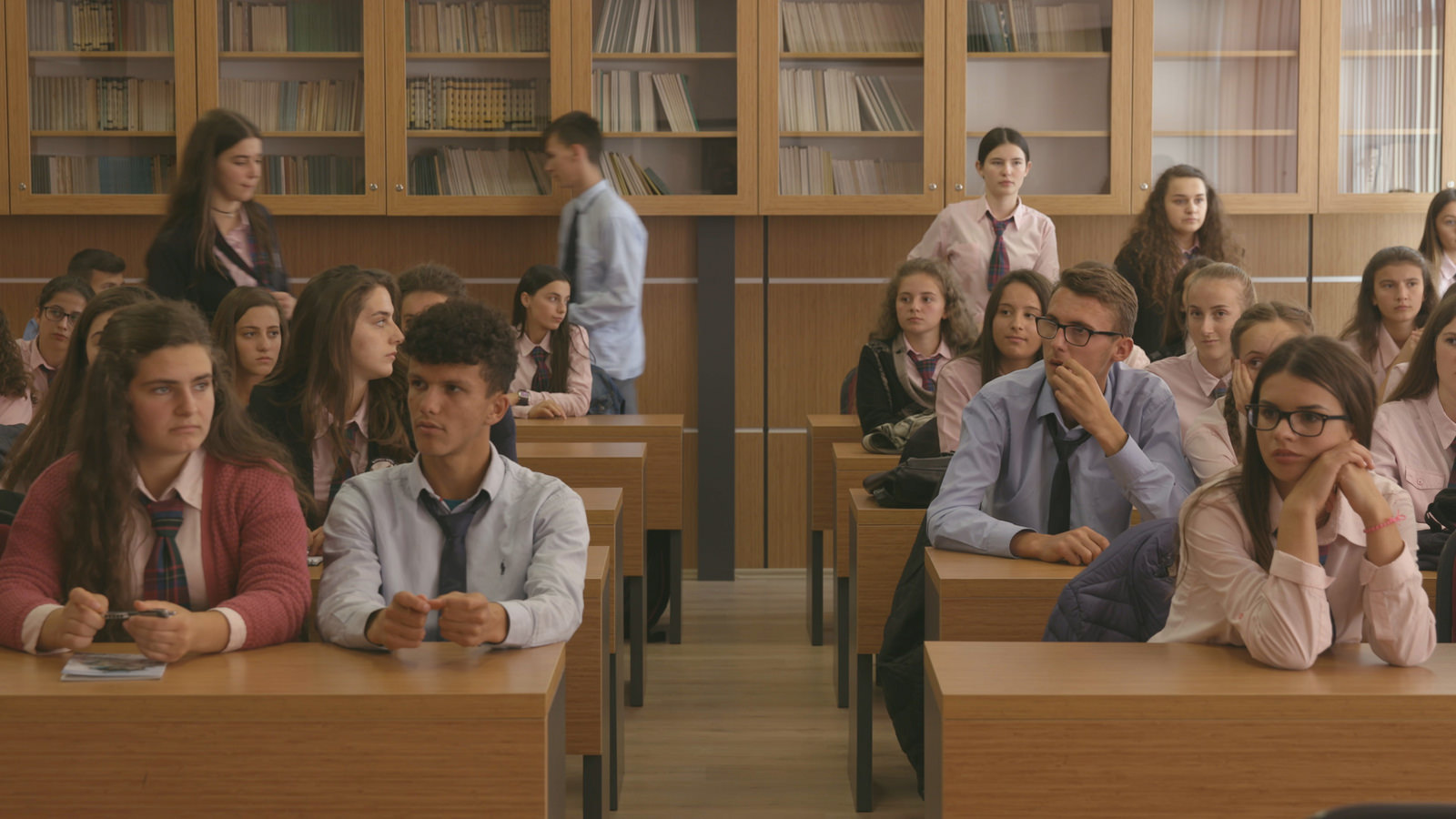 Despite years of international efforts aimed at integration, the system of higher education in Kosovo continues to reflect and replicate the country’s deep ethnic divisions

In a just-released report, commissioned by the European Council, education experts Ian Smith and Tom Hamilton shed light on corruption in higher education in Kosovo – an endemic, persistent and structural problem that has only worsened in the last few years. Meanwhile, the university sector, and in particular the University of Pristina (UP), is in the spotlight for corruption allegations involving unfair promotions, prompting demands from the civil society for the Ministry of Education to address the situation.

As well as being affected by corruption, political collusion and poor levels of performance, universities in Kosovo also remain ethnically separated: despite major international efforts, this separation has deepened since hostilities in Kosovo ended, although the topic remains largely absent from public debate.

The Brussels Agreement – the agreement reached in 2013 between the governments of Serbia and Kosovo for the normalization of mutual relations - partly tried to tackle the issue of education through the mutual recognition of diplomas. While this was one of the first points agreed between the two governments already back in 2011, it has failed in the implementation phase however. This failure has had obvious negative consequences for job opportunities of young graduates, both Serbs living in Kosovo and Albanians living in Serbia. While discussions are still ongoing, each part blames the other for obstructing the process.

The recognition of diplomas from the Serb-run “University of Pristina relocated to Mitrovica” was not on the agenda of the Brussels dialogue, and therefore no agreement has been reached on this point. This situation affects those Serbs living in Kosovo who as a result may not find public employment or obtain professional licenses in Kosovo. With Kosovo and Serbia refusing to recognize each other's diplomas, the role of education – especially higher education – remains a key aspect of Kosovo’s future wellbeing.

Historically, education in Kosovo was always about much more than learning. For both Kosovo Albanians and Serbs, it served as another stage for the battle about the ethno-national “essence” of Kosovo and its sovereignty. In the Yugoslav era, Serbs saw education as the means of preserving their historical, religious and political supremacy vis-à-vis the Kosovo Albanian population. Likewise, the politically weaker but more numerous Albanians saw education as an arena to correct the Serbian-dominated narrative.

After its creation in 1969, the University of Pristina soon became the symbol of the Albanian struggle for recognition and autonomy. Significantly, all the conflict junctures in the early 1980s and 1990s were preceded, accompanied and/or triggered by university protests. During the conflict of the 1990s, university life became interwoven with the blueprint of national struggle and with the aspirations of the Albanian majority.

After the war, too, university “reform” became the field of competing ethno-national visions of the future. As Albanians captured the University of Pristina, Kosovo Serbs kept control of the departments of the university in the Serbian stronghold of North Mitrovica, to which they transferred the facilities after a period spent in Belgrade. This university became known as University of Pristina in Kosovska Mitrovica, or UPKM. The existence of two universities set the path for ethnically separate higher education, which had already consolidated itself during the years of nonviolent Albanian resistance and “parallel” education.

The international community, on its part, envisaged a multi-cultural and multi-ethnic system of higher education that could bring the diverse communities together. As one UN official said: “Our principle is a single, unified Kosovo with no discriminatory institutions […] and the university is no exception.” Most attempts to organize shared facilities for both communities failed, however, mostly because of the lack of security or because of the lack of will among either community to share facilities.

An OSCE special unit on higher education, founded after the riots of 2004, also attempted to integrate national minorities into the higher education system. After it closed in 2013, OSCE and the broader donor community continued to advise the Ministry of Education in Kosovo on access quotas for minority students. With the same rationale, international administrators made considerable investments – both in funding and policy instruments such as systems of quality assurance and accreditation – in the UPKM, which was identified as a potential centre for multicultural higher education.

But, given the resistance from local actors, the international vision for an inclusive and multi-ethnic university gradually gave way to a more pragmatic plan envisioning two ethnically separate universities within the same system. Investments and systems of accreditation for the UKPM also served the purpose of integrating it within the higher education system of Kosovo. Meanwhile, the UN authority in Kosovo (UNMIK) turned a blind eye to the Serbian government’s funding of UPKM, which effectively funded continued segregation.

As with the plans for multi-ethnic education, UNMIK’s attempt to progressively integrate the two separate universities under the same system met with resistance from the local elites. Each internationally led initiative for integration met with foot-dragging and obstruction at different levels. While the number of rooms reserved to Serbs by UNMIK, or programmes in Serbian at UP, were rejected by Albanian administrators, several Serbian academics refused to work under an Albanian rectorate and within Albanian language programmes. The contrasting views between UNMIK and Albanian actors on the future of higher education played out in the new Law on Higher Education, which was rejected and amended several times by both the Kosovo Parliament and by the Special Representative of the Secretary General, SRSG.

Two issues proved to be particularly contentious: guarantees that “all Kosovo communities” could pursue higher education, and the licensing of the (Serbian) University of Mitrovica. After much contention SRSG Michael Steiner issued a regulation imposing an article to facilitate the accreditation of UKPM. But the latter also rejected UNMIK’s “integration-through-accreditation” strategy, because the licence still called the institution "University of Mitrovica" instead of "University of Pristina temporarily in exile" (or "in Kosovska Mitrovica"), and placed it under the Law on Higher Education of Kosovo – a legal status that the university always opposed. Thus, the fragmentation of higher education along ethnic, religious and linguistic lines and agendas has only deepened. Both universities continue to contend for the same name, i.e. University of Pristina. Both have refused to collaborate with each other and/or integrate “others”.

Political events such as the assassination of the Serbian Prime Minister Djindjic in 2003, the subsequent return of nationalist parties to government in Serbia, the March 2004 riots in Kosovo, and Kosovo’s unilateral declaration of independence in 2008 exacerbated further disintegration and separation. After independence was declared, the UPKM followed Serbia’s official line in denying the independence and in tying its existence to “Serbian statehood and territorial sovereignty”. Today the parallel system of education in Serbian and the UPKM serve as a pillar of Serbian survival in Kosovo, a barrier to integration into the Kosovo state, and denial of the very existence of such a state.

The emergence of two ethnically divided universities – each serving its own nation – suggests that instead of a space where root conflict causes could be identified and overcome, higher education, as well as education generally, remains a space in which ethnic divisions are reflected and reproduced.

The article is part of the wider research supported by the Kosovo Foundation for Open Society as part of the project “Building Knowledge of New Statehood in Southeast Europe: Understanding Kosovo's Domestic and International Policy Considerations," whose findings will be published soon.