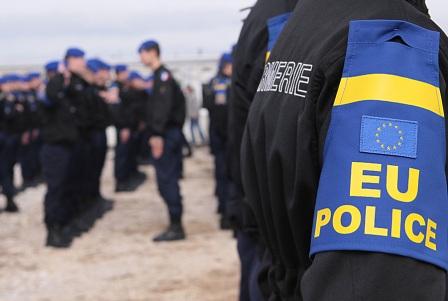 On January 11 EULEX dimissed all the corruption charges against Hashim Rexhepi, former governor of the Central Bank of Kosovo. Rexhepi's case, however, unearthed serious concernes about the EU Mission's administration of justice. An editorial by Andrea Lorenzo Capussela, former Director of ICO's Economics Unit

Accused of corruption and money laundering, on 23 July 2010, the governor of Kosovo’s central bank Hashim Rexhepi was dragged out of his office by heavily-armed policemen, in front of television cameras. He would be held for four months in pre-trial detention.

The investigation was led by the EU rule of law mission, EULEX-Kosovo, which is the largest EU civilian mission and the flagship of its common foreign policy.

It took more than a year for the EULEX prosecutors to issue an indictment, and when they did, they had dropped all of the most serious charges. The remaining charges were dismissed by a EULEX judge even before the trial began. The prosecutors appealed and lost. On 11 January, 2012, appeal judges again threw out the charges. Their decision is final.

It is hard to illustrate just how grave of a mistake EULEX prosecutors committed without going into some detail. As the then-head of the economics department of the International Civilian Office (ICO), Kosovo's international supervisory body, I followed the case very closely. The central bank was one of my main interlocutors. I have written about this case elsewhere, and now that it has been closed, I will reflect on EULEX’s mistakes and outline my conclusions.

None of the dozen or so charges brought against the governor – Mr. Hashim Rexhepi – seemed convincing or even plausible. For example, he had been accused of taking a bribe from an insurance company to issue the company's insurance license, but the alleged bribe was far greater than the yearly turnover of that company, and Rexhepi was not the only one responsible for issuing that license.

I read six successive rulings by EULEX judges ordering or confirming the detention of Mr. Rexhepi. These rulings never discussed the specific evidence against Rexhepi as court decisions should, but merely referred to its existence. These decisions, to my eyes, had no basis. We now know that the charges on which Mr. Rexhepi has been detained had no basis because the prosecutors didn’t even include them in the indictment. Had the judges more carefully studied the evidence and charges against Rexhepi, the case could have been closed the day after the arrest.

Some of that evidence was indefensible. For three months, until the governor’s lawyer finally objected, EULEX prosecutors used – and EULEX judges accepted – anonymous letters as the sole pieces of evidence supporting some of the most serious charges against Rexhepi. When the judge asked for "better" evidence and the prosecutors delivered it, it was accepted outside of the courtroom without being shown to the defence.

I can think of no worse indictment for a rule of law mission representing the EU: the use of anonymous letters as evidence, secret evidence, and baseless decisions to hold a man in jail - an innocent, we now know. The question therefore arises as to whether these breaches of Mr. Rexhepi’s right to a fair trial were the product of sheer incompetence, or the result of a deliberate attempt to cover up the initial mistake.

This question must be asked, because the leadership of EULEX seems to have a distorted notion of the independence of the judiciary. EULEX has the means to influence its judges and prosecutors because the renewal of their one-year contracts ultimately depends on the head of EULEX mission. The mission head, in November 2010, issued a request for prior information on all “legal actions of any significant importance”. Taken literally, this order covers investigations, arrests, and judgments, and is radically incompatible with the notion of an independent judiciary.

In light of this, it is very disquieting to note that all the most serious charges brought by the EULEX prosecutors against Mr. Rexhepi reproduce, almost exactly, those used in a media campaign waged against him by the pro-government press a few months before his arrest. In fact, it had been clear for a long time that Kosovo’s élite wanted to remove Mr. Rexhepi from his position in order to take control of the central bank and its money.

The press later reported that Kosovo’s élite turned against Mr. Rexhepi because he rejected their requests to deposit Kosovo’s money into banks friendly to the élite, and because he had refused to issue an insurance license to a dodgy company. It also reported that they used a powerful and illegal secret organisation to construct and disseminate a dossier against Mr. Rexhepi. These reports are very plausible, and I think that this dossier is the real origin of this case. The first question, therefore, is whether EULEX believed in this dossier and its anonymous letters by mistake, or because its leadership – which seems to have either excessive autonomy or weak oversight from Bruxelles – decided to do a favour for Kosovo’s élite. The second question is: who among Kosovo’s élite conspired against the central bank and its governor? EULEX should now turn its attention to investigating this question as serious crimes might be involved.

The élite achieved only one of their aims: Mr. Rexhepi was dismissed, but he was replaced by a good governor. While he was in jail, the board of the central bank – which is supposed to protect the bank's integrity and independence – first tried to hand over to the political institutions the power to dismiss the governor (an illegal move which was stopped by ICO). The board then proceeded to dismiss him itself, on a false pretext (this time, against my advice, ICO remained silent). But when the board tried to twist the rules in order to install its own chairman as the new governor, ICO intervened, and a competent and reputable candidate was eventually chosen through a transparent process.

I would draw five conclusions from this case.

- EULEX prosecutors and judges have arrested and detained an innocent based on unfounded, implausible charges and repeatedly breached his right to a fair trial. EULEX judges did remedy these mistakes, 18 months later, but the mistakes are so serious and so numerous that they amount to an indictment of the mission itself, especially because this is the only high-level corruption case which EULEX has opened and closed (only a handful of others have been opened, and are all languishing), and EULEX was expected to fight precisely this kind of crime. Indeed, three years since its deployment, while all indicators suggest that corruption is widespread and growing, the main question about EULEX’s performance is why its judges and prosecutors believed for so long in those anonymous letters and the dossier that probably contained them.

I will leave this question open, hoping that an independent inquiry will establish whether it was gross negligence or bad faith. Either way, I fail to see how EULEX can regain its credibility as a rule of law mission without reforming itself, changing its management, and sanctioning those who were responsible for those mistakes. EULEX’s mandate expires in June: this seems a good occasion to either improve this mission or prevent it from further damaging both Kosovo and the EU.

- Mr. Rexhepi lost four months of his life, his reputation, and his job. But this investigation also damaged the central bank – widely seen as Kosovo’s best institution – and its greatest asset: its independence. When they saw him dragged, hand-cuffed, out of his office by the EU guardians of the rule of law, everyone in the central bank knew that Mr. Rexhepi was innocent and that the government wanted to get rid of him. How will they respond when the élite asks for an illicit favour from them? Indeed, under political pressure, the board of the central bank literally gave away its independence. To restore the credibility of the bank and protect the current governor, this board ought to be immediately dismissed.

- Mr. Rexhepi was not only attacked by newspapers close to the élite. I remember in particular an article that appeared on the first page of Koha Ditore, Kosovo’s most reputable newspaper, two days after the arrest titled “The Governor, the “God” of insurance companies”, it went even beyond the accusations printed by the pro-government press, quoting anonymous sources according to which Mr. Rexhepi owned some insurance companies, obtained through blackmail, and abused his powers. On what basis was that article written? Who was that anonymous source? Why were those ridiculous accusations printed? This case proves the vulnerability of Kosovo’s few independent media to the false information spread by the foot soldiers of the élite.

- Kosovo’s parliamentary opposition and civil society didn’t care much about this case. Unfortunately, the general perception seems to be that all institutions are corrupt and, therefore, when a powerful figure is accused of corruption, few people ask themselves whether the charges are credible or not. The charges against Mr. Rexhepi were not credible, but few people noticed and the press didn’t help. This is dangerous because where the independence of the judiciary is weak, anti-corruption campaigns can easily be used by the élite as a cover to attack their adversaries. Of course, not all persons working in Kosovo’s institutions are corrupt: I met several truly admirable civil servants, and I would hope that next time the élite turns against one of them, they will have public support, but the public must be more discerning.

- This case was the culmination of the élite’s attempt to take control of the central bank as part of their drive to capture all independent institutions. The incident marks a serious débâcle for Kosovo’s EU-led hybrid system of governance. The international supervisors failed utterly: EULEX did the opposite of what it should have done, and the ICO did only half its job. Even more importantly, none of the safeguards of a democratic society worked. The judicial system, independent institutions, the opposition, the media, civil society...none of them intervened to stop the attack on the central bank and the injustice against its governor. This, after four years of supervised independence, is a rather sobering reflection.