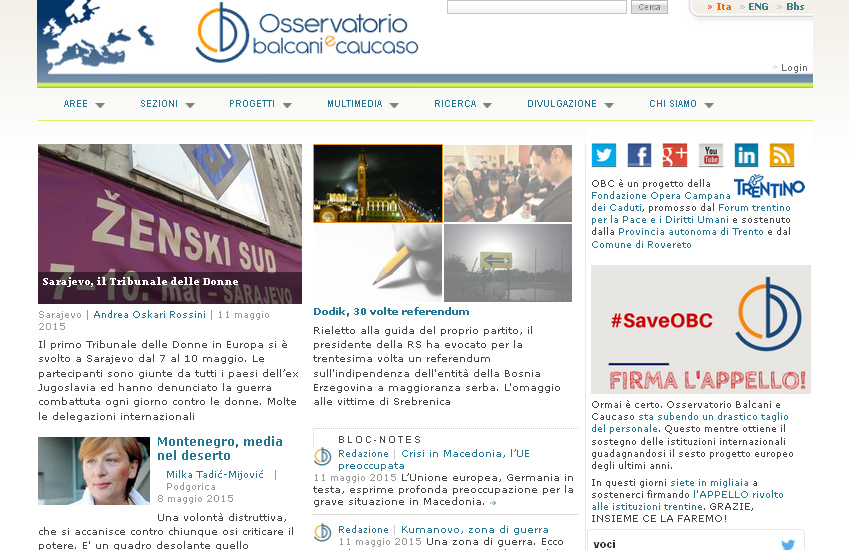 No dismissals, one voluntary resignation, and a cut in hours for journalists. The labour dispute OBC has gone through in the last months ends with one certainty - the great support shown by all of you readers

The long labour dispute which initially sought a drastic cut in our staff is over. A lot has changed since March, when the situation had turned out to be extremely bleak.

First of all, our community showed all its solidarity. Extraordinary support came from thousands of people and hundreds of associations, universities, newspapers and magazines, and institutions. This is where we can start over from.

Then, the European Union confirmed its support by entrusting us with a new project on media freedom. We will get to share more details on the new initiative in the next few weeks.

Finally, local institutions of Trentino realised that OBC is a service for the territory as well as Europe and deserves a relaunch.

All this led to a solution that avoids dismissals thanks to a voluntary resignation and the internal solidarity that allowed for a drastic cut in hours for journalists.

Now, more than ever, it is necessary to work together with our historic supporters to relaunch our project with ambition.

We want to thank you again, readers and friends. It is especially thanks to you that OBC can celebrate its 15 years of work and - together with you - keep working for the Europe we want: democratic, sustainable, and solidary.