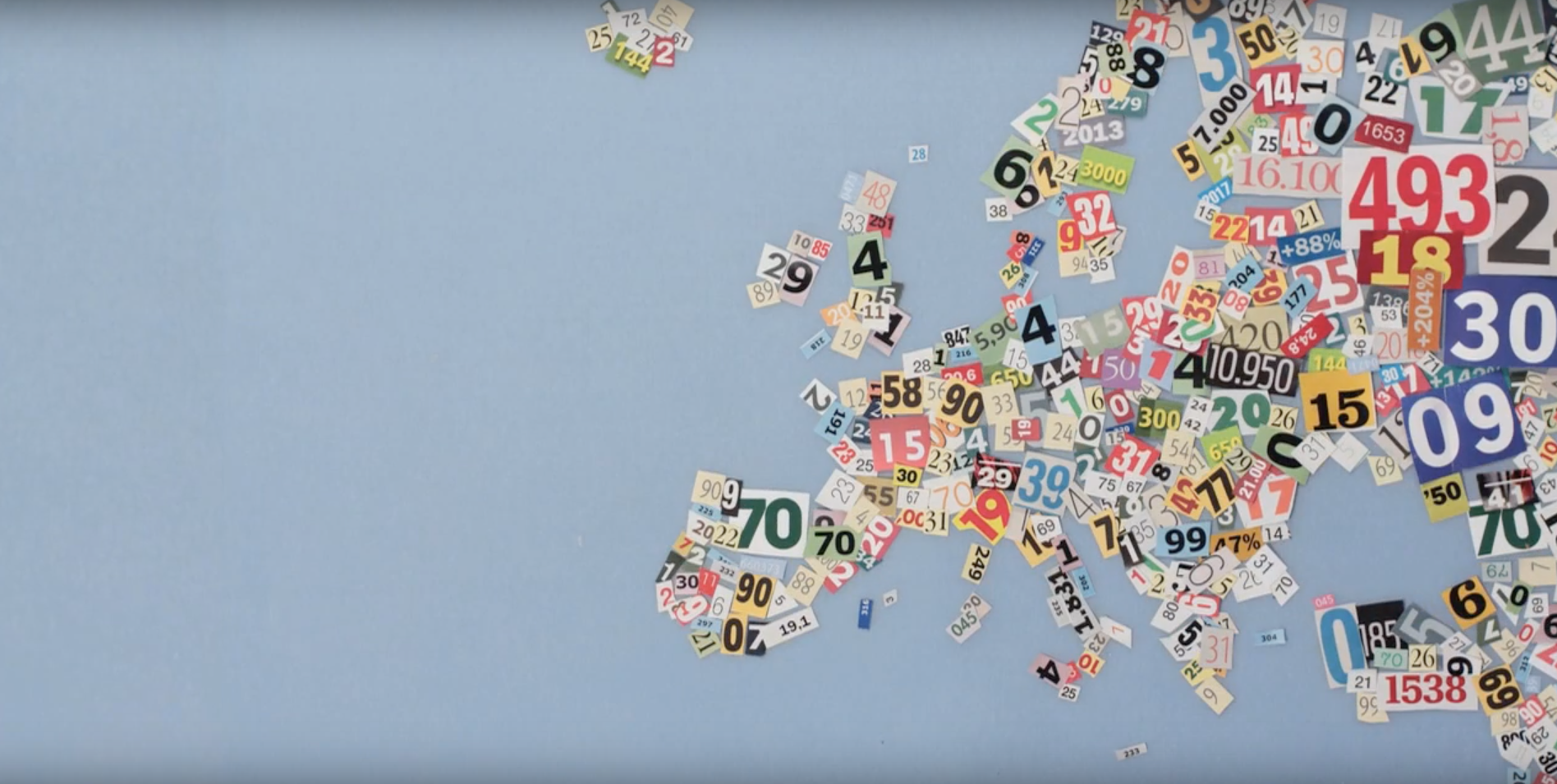 Last week we hosted the EDJNet network members in Trento for a face-to-face meeting on the occasion of the network's five years of activity. The meeting was followed by the public round-table "Crossing borders with journalism" (in Italian), which is also available online.

Since its inception, OBC Transeuropa's mission has been to circulate voices, stories, and ideas across European borders. We think it is useful and important to learn more about the world in which we find ourselves, to change the points of observation, to give a voice to little-known communities and experiences. We do it in many ways, day after day. For five years we have also been doing this through the European Data Journalism Network (EDJNet), the European data journalism network, which we created in autumn 2017 and which we have been coordinating ever since.

What EDJNet is and how it works

Today EDJNet is a network of 31 media outlets based in 19 different European countries including Portugal, Cyprus, Sweden, Serbia, and all the main EU member states. With our partners we collect, verify, and analyse data to bring out issues and stories, appropriately combining the data with studies, interviews, and fieldwork.

Through EDJNet we explore the potential of collaborative journalism as well as of data journalism. The editorial offices that are part of the network identify topics on which to work together, joining forces to develop articles or multimedia materials in various forms. These are full-bodied projects, which usually last a few months – but also for this reason they often manage to generate lasting interest. Once ready, the articles are published by the various newspapers that have worked on them; for convenience we make them available in the original language, in English and, depending on the circumstances, also in various other languages on the EDJNet website, europeandatajournalism.eu . In these first five years we have produced over 600 articles by nearly 200 journalists; half of them are available online in at least four languages.

In addition to participating in the ordinary activities of the network, we at OBC Transeuropa carry out some particular functions within it: from our headquarters – within the Centre for International Cooperation  in Trento – we carry out its overall management and coordination; we take care of the communication by feeding the website, the newsletter , and the social channels of EDJNet; and we work on the growth of the network by creating relationships with dozens of subjects throughout Europe, from the major EU institutions to a myriad of newspapers, NGOs, research centres, and so on.

EDJNet has so far been able to operate mainly by winning tenders from the European Commission, thus managing to cover most of the costs. However, each outlet contributes to the financing of the activities, together with additional funds obtained over time.

In search of European perspectives

Data journalism and collaborative journalism are two stimulating and in some ways innovative ways of reporting, but EDJNet was not born just to explore these approaches. The fundamental mission of EDJNet is to contribute to the growth of a European public sphere: to develop a European approach to journalism, that is to say to promote forms of information that look beyond national and linguistic borders. From this point of view, EDJNet's experience goes very well with the twenty-year experience of OBC Transeuropa.

As we understand it, doing European journalism does not mean focusing only on the European Union. Most of the stories we have worked on with our partners in recent years go beyond "European affairs" in the strict sense: there is in fact a great variety of issues that affect people, economies, or the environment of the whole of Europe, but which are often viewed only from national perspectives. Looking at mental health services in Italy is interesting: but mental health problems are also felt elsewhere, and adopting a European perspective is useful for contextualising, comparing, understanding, and imagining better policies. The same applies to global warming, the fight against discrimination or gender-based violence, the situation in prisons, connectivity, the quality of public transport, and so on.

Starting from data to identify or build stories provides a good basis for comparing local or national situations that would otherwise be difficult to grasp as a whole. This makes it easier to put the critical issues of certain territories into perspective and identify good practices from others. Within certain limits, the visualisations that typically accompany data analyses (maps, graphs, and so on) are also able to circulate across language barriers, which remain one of the major obstacles to the emergence of a European public sphere.

In short, data-based journalism lends itself well to transnational explorations. Beyond the “European” mission of EDJNet and OBC Transeuropa, we are convinced that more generally it is worth experimenting with new sources, tools, and formats to tell stories. For example, data journalism can be particularly interesting for the transparency of the sources and methods it uses and for the objectivity of the numbers on which it is based. Precisely to encourage European journalists to use data more and better, EDJNet develops and makes available free of charge – to any journalist or interested person – a wide range of tools  and training opportunities.

In some European countries – though still very little in Italy – there are already numerous newspapers that work intensively with data. So what is a network like EDJNet for? Essentially two things: to push these and other editorial offices to adopt a European perspective more often and to encourage the circulation of new techniques and skills across borders. Above all, this is where the collaborative dimension of our network comes into play.

On many issues there is a lack of consistent and available data at European level: to analyse them it is often necessary to find and assemble national data – an operation that a single editorial office can hardly do alone. Even if data are available at European level, it is necessary to know the specificities of the various contexts in order to interpret them correctly, as apparently similar numbers can hide very different meanings. In short, being able to count on a network of partners in many countries is very useful for understanding the issues and telling them starting from the data.

Working in several editorial offices on the same journalistic project also means being able to combine complementary strengths; multiple perspectives and knowledge; varied ideas. In short, it means being able to present to our readers stories that we otherwise could not have told, or that we could have told in weaker or more partial ways. Perhaps this is the glue that holds the network together, the greatest value that we and the other partners find in this experience.

Collaborating also means learning or taking inspiration from others as well as being able to count on a wider circulation of the content produced. In particular, at EDJNet we strive to promote small, independent newspapers that have chosen to invest in innovative and quality journalism, helping them to go beyond their national audience. More generally, we promote a collaborative approach to journalism: in addition to working together, the editorial offices participating in EDJNet make the content produced within the network freely available to anyone – and indeed we actively invite other journalists to reuse the data, the views, or the stories we post.

The European Data Journalism Network has been in existence for five years: a small achievement we are proud of. It was not to be taken for granted that the experiment would work, nor that the network would grow and take root as it did. Of course, not everything went according to plan: it took several attempts and adjustments to identify the right partners, consolidate mutual trust, develop efficient collaboration models and find the necessary resources to support them, agree on common standards and protocols, overcome cultural obstacles. It took the contribution of dozens of people, and it was a journey full of lessons and discoveries.
The network is regularly working on new stories, all based on data and collaborations across borders. The number of members and partners of the network increases progressively, and the ties are consolidated. The content produced is now taken up and reused hundreds of times a year by a large variety of newspapers, starting from the major international information channels to local newspapers in the smallest corners of Europe.
The work to build a European public sphere remains long and demanding, but it is essential to understand the global challenges that also affect our territories – and to help local communities to express their voices. OBC Transeuropa, also through EDJNet, offers its small contribution, in the conviction that our approach based on innovation and collaboration can be replicated in other areas.

Last week we hosted the EDJNet network partners in Trento for a face-to-face meeting on the occasion of the network's five years of activity. The meeting was followed by the public round-table "Crossing borders with journalism" at the Trento Municipal Library.