1989 without Europe. The democratic contagion in the Arab world

The Long-lasting '89. The Balkans and the Caucasus between expectations and disentchantment after the fall of the Berlin Wall 26/01/2010 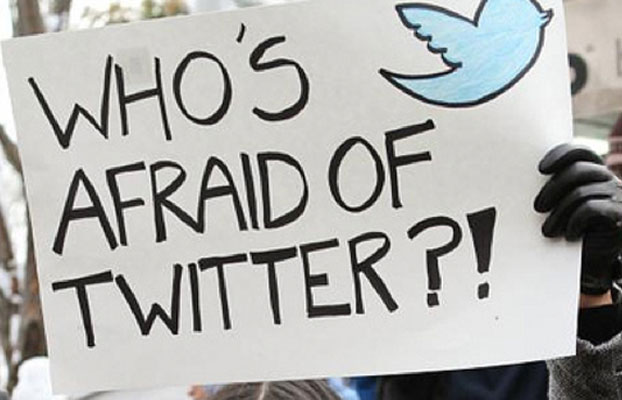 Can parallels be drawn between the extraordinary events involving many Arab countries and what happened in Eastern Europe in 1989? The question is open for debate, but is certainly a chance for (re)thinking the common Mediterranean space. A comment

“The Arab 1989” and “The Fall of the Maghreb Wall” are two of the many newspaper titles drawing parallels between the Eastern European events in 1989 and the developments in Arab countries in 2011. Analogies, as well as significant differences, do exist: comparing the two experiences can prove interesting.

The main common element between 1989 and 2011 is the desire for democracy and the democratic contagion between countries. This is even more fascinating when considering that many Western commentators have been writing for decades of an alleged incompatibility between Islam and democracy. Looking back at two centuries of Balkan and Turkish history, we see how the issue has been repeatedly posited in terms of discussing these regions' European identity. Now that culturalist prejudices have been proven wrong again, one can hope such a sterile discussion can finally be closed.

Secondly, as in the European 1989 protests, civil actions in North Africa have been generally nonviolent. Considering that the West mostly describes the Islamic world in terms of terrorism and political violence, it is useful to note that the contested regimes used violence, while protesters favoured nonviolent slogans and actions. Comparing the self-immolations of the Tunisian Mohamed Bouazizi in 2011 and the Czech Jan Palach in 1969 would take us too far back in time, but we can note how the Egyptian movement "April 6" was in contact with the Serbian movement Otpor and adopted its symbol – a closed fist.

Third, the term “revolution” is again associated with a phenomenon that does not have revolutionary political goals. Arab demonstrations demanded democracy in terms of political reform, not radical political, economic, or cultural change. Debates on 1989 coined the term “refolution” to indicate a hybrid form of change between revolution and reform, since their protests intended to introduce liberal democracy rather than a brand new political experiment as an alternative to Communism. Today, the Arab world does not seem inclined to seek an Islamic revolution like the one in Iran in 1979, frequently evoked by media.
Fourth, the relationship between religion and political practice should be considered. Those who remember Solidarność's worker protests will not have missed the similarity with Tahrir Square. In Gdansk's docks, protesters celebrated masses, prayed, and waved images of the Black Madonna. In East Germany, a large part of the democratic movement found shelter and headquarters in Protestant churches. In Romania, protests against Ceauşescu started around the church of the ethnic-Hungarian pastor László Tőkés.

Fifth, today's globalisation can be compared with socialist systems facing – and failing in – the economic competition with the West that began in the 1970s. Furthermore, against a backdrop of economic hardship, both Eastern Europe and North Africa protested against the privileges and corruption of the ruling class, gerontocracy, and youth distress.

Finally, media plays an important role. Radio and television were crucial for democratic contagion in Eastern Europe. Today, we cannot underestimate the impact of an international TV channel like Al Jazeera that facilitates the spreading protests.

Here, we can find a first, important difference. Today's technology provides democratic participation with many more instruments for overcoming the censorship of authoritarian regimes and reaching out to the public opinion. The change brought by the Web 2.0 and the social integration with cellphones, radio, and TV must be studied in order to understand how social movements were transformed by horizontality and speed.

Another important difference involves international relations. In Europe, the USSR was an obstacle to be overcome; the protests that led to the fall of the Berlin Wall looked to the West. The so-called “return to Europe” was a crucial idea for Eastern European dissidents and the European integration path – albeit late in its definition – was the natural outcome for many post-communist countries.

The Arab world, on the other hand, embraced the ideals of democracy, freedom, and human rights on which Europe claims primacy, but has no expectation towards the West – quite the opposite. Arab public opinions see very clearly the Western crossed-eyed doubt of the Islamic world's capability to develop a democratic culture while the West also supports the region's authoritarian regimes. Only concerned with their own geopolitical interests regarding energy supply, migration, and terrorism, the EU countries provided low-quality, minimal support for the democratic cause in North Africa and the Middle East.

In 2011, even in the face of hundreds of death, the protesters' courage in Tunisia and Egypt did not generate the warm support encountered by the European developments in 1989. In fact, chancelleries and media often showed coolness, caution, and embarrassment. Few expressed support to the Arab inhabitants of Europe gathering to show solidarity to protesters across the sea. After so much Islamophobia, such a reaction from Western public opinions cannot surprise, but is certainly a lost chance for (re)thinking the common Mediterranean space.

If looking at international support, then, opportunities for Eastern Europe have always been greater. From our perspective, the comparison between 1989 and 2011 highlights the inability of most ruling classes in the Balkans to live up to the promises of twenty years ago for democratic emancipation. As an example, despite the EU's willingness to open its doors, today's Albania still stagnates at their 1990s-level of democratic quality.

As we have often repeated, the challenges of post-communist transition were made huge by the simultaneous economic, political, and cultural transformations of post-socialism – perhaps larger than those faced today by the Arab world. Yet, most importantly, the Arab events in 2011 prompt us to keep working so that democracy will remain our common political horizon.