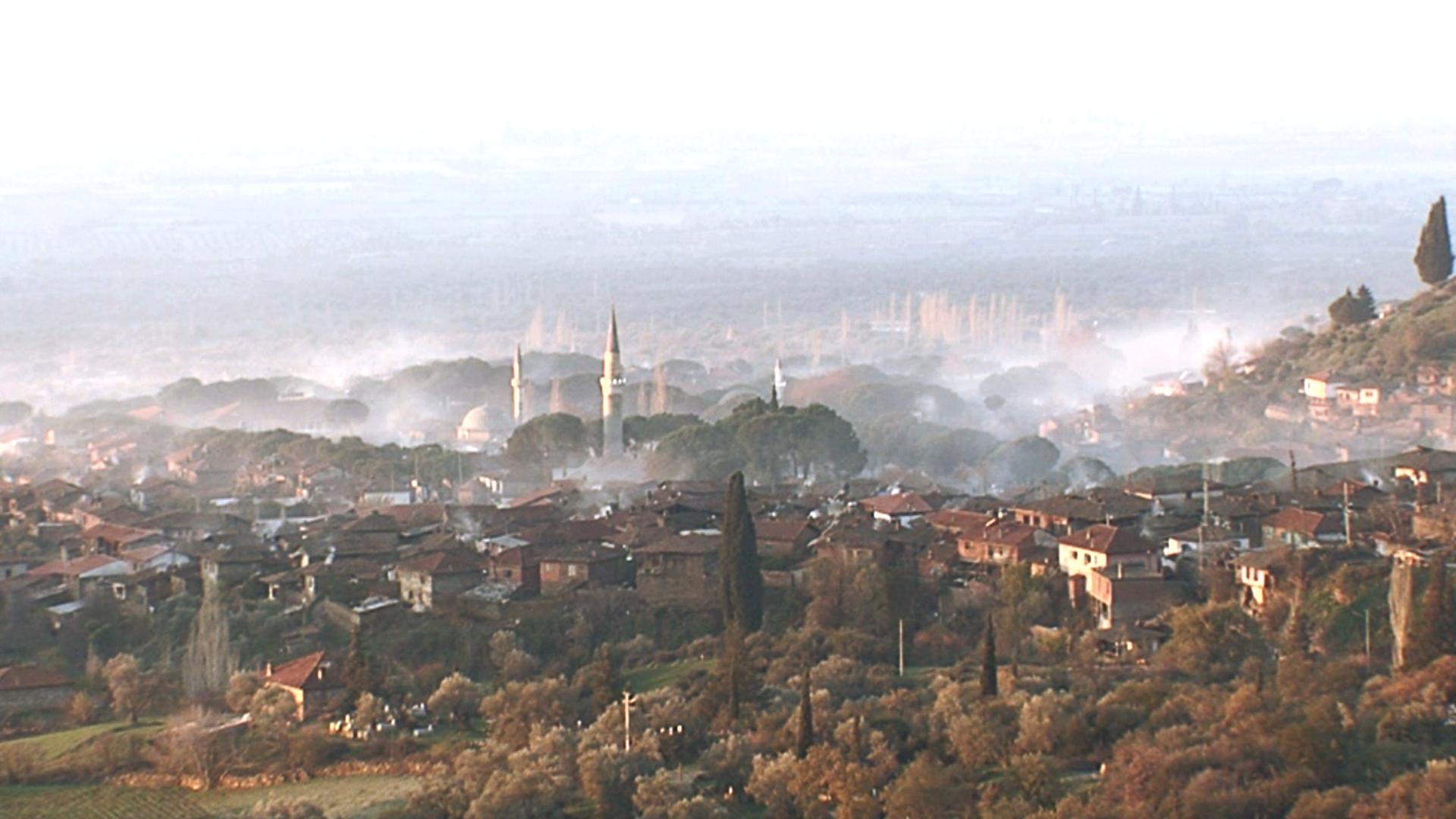 Two towns in a mirror image, one in Turkey and the other in Greece. Birgi and Dimitsana are “The other town” - the prize-winning documentary by the Turkish film director Nefin Dinc

One is situated in Anatolia, the other in the mountains of the Peloponnese. Birgi and Dimitsana, towns with sloping roofs and smoking chimneys, distant from each other but united by historical threads, as if in a game of mirrors where one is reflected in the other.

Dimitsana played a primary role during the Greek rebellion against the Ottoman Empire in 1821, while almost a century later the Greek army invaded Birgi and occupied it for three years. Both have been subjected to a foreign invader, the eternal enemy; both have fought for their independence and learned to hate “the other”.

In both cases the memory of a war-torn past is kept alive in school text books and by an obstinate need to evoke it yearly in their celebrations of independence.

“The Other Town” won awards both at the International Istanbul Film Festival and at the Thessaloniki International Documentary Film Festival, telling the story of two symmetric worlds. In this film Nefin Dinc, Turkish documentary film maker with an Anglo Saxon background, tries to get to the roots of the reciprocal diffidence, permeated with prejudice and lack of knowledge of the other. This diffidence feeds on itself and easily turns into hostility, helped by those who hang on to these sentiments.

Iraklis Millas, the script-writer and speaker in the documentary, is Greek, was born and grew up in Turkey, but then moved to Greece where he decided to bring up his own children. His youth was spent listening to the stories of how the Greek invaders killed the Turks and burnt their houses. Then one day his children came back from school with a diametrically opposite story. At that point he asked himself, “Who was right?”

“The other town” is the answer to that question. Dinc with his videocamera follows Millas round the schools and bars of the two towns, amid the elderly and the very young, inside two communities which only know about each other through their history books. The two cultures he has within himself, and the two languages he speaks instinctively, are his tools for unhinging the rock-hard certainties of those interviewed – they are sometimes left speechless.

“I wanted to make this documentary to show how we are influenced by a nationalistic type of education in both countries,” Dinc said in an interview on the site of the Center for Media and Social Impact at the American University in Washington. “The Turks say the Greeks, with their megali idea even want to expand into Turkey. The Greeks say the Turks would attack them if they had the chance.”

While making the documentary, Dinc was struck by the incredible symmetry of the two versions. Even in the performances to celebrate the day of independence in the two towns – costume productions in which the enemy always loses, patriotic songs and tear-jerker poems read by school children - just changing one or two words would be enough for the town of origin not to be recognizable.

“Every time you come across contradictions in the events, it's worth investigating: if one country tells a story and another gives a different version, it's probable that neither is right. The truth is often hidden in dark corners and when some facts are withheld you can bet something is wrong. This film centres on the contradictions and facts suppressed,” Millas told the Greek daily paper Athens News.

What The Other Town implies is that Birgi and Dimitsana are a story of ethnic hatred just like thousands of others, and their names could be those of thousands of other places in Europe, or in the world. Here they are Greeks against Turks, but they could be Turks against Armenians, Georgians against Ossetians, Serbs against Kosovars, Moldovans against Russians of Transnistria. The list could be infinite. Perhaps the value of this work of Dinc and Millas is precisely this, showing two small local stories which, without speeches on major issues, encourage reflection on a global scale. That's why The Other Town should be seen by everyone, not just those interested in the history of Greece and Turkey.