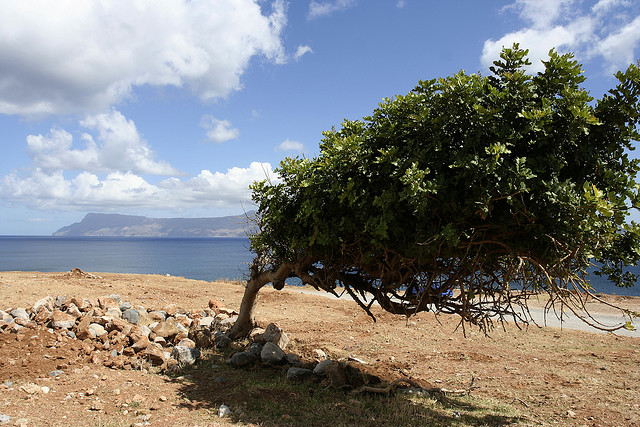 With the Lausanne Treaty (1923) that put an end to the armed conflict, Greece and Turkey started a epoch-making population exchange, destined to transform the two countries. Today, in a different political climate, the descendents of many 'Turks from Greece' search for their families' places of origin

My Father used to tell me that his first memory was of a man crying disconsolate. Of the two, neither the boy – my Father, born in 1919 from a Christian family in Crete – nor Mehmed, the “factotum” Muslim Turk who every day brought bread to my Grandmother and helped her in the small house chores, understood what was happening that summer of 1923. Neither of them understood what was happening in that kitchen where the lady of the house kept all her pots and pans in the “keleri”, a cupboard under the stairs that took its Greek name after the Turkish word “keler”. It was there that Mehmed sobbed with his head between his hands, sitting on a wooden stool: he was there to bid farewell to his Greek neighbors without understanding the reason why he could never see them again.

He only knew that multiethnic and friendly everyday life had been drastically and brutally forbidden by the faraway masters of war and politics, who had signed what for him was an imaginary “Treaty of Lausanne”: in a nutshell, Mehmed was to leave the Cretan city where he was born and where his ancestors were buried. He had to leave forever, as 499.000 other Muslims who had been living in Greece for centuries and who, instead, had to “return” to the Anatolian mother-country they had never seen and of which they only knew the language and religion.

It was the same for a million and a half Greeks who had been living for millennia on the Turkish coasts from Smirne, on the Aegean, to Trabzon (the ancient Trapezunte, Greek colony of the 8th Century B.C.) on the Black Sea: they were to “return” to Hellade, where at the time 3 million residents lived. An unprecedented population swap. As if now 30 million people arrived in Italy.

In Greece this is known as “I megali katastrofì” (the great catastrophe): many books and films have been dedicated to it, the latest one being “A Touch of Spice”, by the Hellenic director Tassos Boulmetis, released in Italy in 2005. Or the exhibition “Polis: Nostalgia” (on the Isle of Lesbos starting from the 5th of April, after Athens and Istanbul in December 2010). The exhibition is dedicated to the Hellenic refugees who like Boulmetis, in different periods from 1923 to 1955, were forced to leave Istanbul, the polis par excellence, the ancient Constantinople, for a millennium capital of the Byzantine empire.

What was until now less known, though, is the similar nostalgia of the Turkish descendants of the many Mehmeds of once upon a time. In 2001 they founded the Non-Governmental Organization ‘The “swapped” of Lausanne’, whose members are growing and which, in spring and summer, organizes two trips to Greece for those who want to know “the land of fairytales” they have always heard about at home, from their grandparents or parents. Descendants like Sefer Ghiuvens, the Secretary General of the Association.

“I had always known that my parents had been born and raised in Egribuzak, a small town from which they had been expelled when he was 20 and my Mother was 12”, Ghiuvens tells the Athens daily paper To Vima after 10 years of the Association’s foundation. “They died with the pain of never having seen it again. I was born in Turkey, but in my thoughts Egribuzak was always a mythical place, a place I was only able to visit in 1999. It took me months to discover the Greek and present toponym of ancestors’ land. Then I finally found it: it is Nea Apollonia, near Thessaloniki. For this, I have written a book that gathers all old Turkish names and current Greek names of the towns and small cities where old times Hellade Turks lived. To help those who want to find their origins, so they do not have to go through the same Odissey as I have”.

“The objective of our Association”, Ghiuvens continues, “is to show that the Greek and Turkish peoples, who lived together for centuries, are not enemies but friends, and both can do something so that our common cultural and multiethnic heritage is not lost. But mind you: we want nothing to do with politics, we keep our distance from both Athens’ and Ankara’s Governments. We have one sole identity, it is rooted in history. We are not interested in visiting Greece with the help of official institutions, like consulates and local administrations. We prefer to be autonomous and get in touch with the Greeks that went through our calvary “backwards”, refugees like us”.

The “swapped” of Lausanne are now over 1.000 and they were able to find their family’s birthplace. The mother-tongue of many is Greek, because it was the language spoken at home when they were children. Turkish was necessary to go to school, to integrate into the new world. A world that was, at least at the beginning, hostile: the newcomers from Greece were not considered Turkish, but “Greek seed”. And during that post-war climate, the natives did not even want to talk to these peculiar foreigners. That is a little bit like what happened to the Greeks coming from Turkey, confined in large suburbs, still today called "Nea Smirni" (New Smirne), to say the largest around Athens.

“The difficulties that the ‘swapped’ had to face were many”, tells Umit Isler, President of the Association. “My parents were forced to leave the region of Ptolemaida in Northern Greece, on a train to Thessaloniki: my Father grew cereal and was a renowned farmer near the town of Galateia. There in Thessaloniki, they waited three months for the ship that would first take them to Kallikrateia, on the Sea of Marmara, and then to Sampsounta [editor’s and translator’s note: now Samsun]. My Grandmother, on the other hand, had ended up somewhere else and only saw her daughter, my Mother, after 15 long years!”

Why is this “nostalgia tourism” flourishing now? What do the pilgrims of memory hope to find once they get to their ancestors’ countries? “Nothing”, Iker Nuri Baskin, a salesman, says to Neos kosmos, the daily paper of Greek emigrants to Australia. The paper has done a report on the subject through a correspondent in Edessa, Northern Greece.

“I just want to gather a little bit of this soil to put on my Grandfather’s grave. I often come to Greece for business, I work in the tobacco production sector, I also have Hellenic friends. It is the first time, however, that I have tried to find my Grandfather’s birthplace. On the bus, the closer I got to Edessa and the towns in Aridea, the more unsettled I felt. When I got to the town square, I asked an 82-year old Greek if he had ever heard of my family. He answered in perfect Turkish: “No, I do not know your last name, but my Father was originally from Caesareia [editor’s and translator’s note: in present Turkey]. At home we spoke Turkish, then I learned Greek. He was a refugee too! Like us, they too are looking for their lost homelands”.

Who knows if Mehmed’s grandchildren have landed on the Island to look for their Grandfather’s ancestral house. Mehmed who, back in 1923, cried leaving Crete, bidding farewell to the Greek 4 year-old who was your reporter’s Father. My Father never forgot about Mehmed. And now that neither of them is alive, their memory goes on.