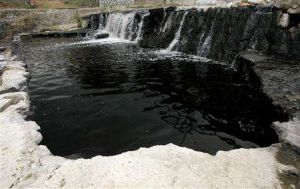 Erin Brockovich arrived in Greece to save the Asopus river, contaminated with high levels of hexavalent chrome, the same heavy metal that the American legal assistant had fought against in California

Do you remember Erin Brockovich? The real one, not her movie alter ego Julia Roberts, who won the 2000 Best Actress Oscar for her interpretation of the blonde legal assistant and environmental activist from the USA.

However, what is the relationship between Greece and hard-fighting Erin? Prompted by the Green party and Greek environmental organizations, Brockovich has again encountered, exactly in the land of the gods, her old enemy: the chemical, hexavalent chrome. She fought the same chemical poison in the region of Hinkley, California. In Hinkley, over 600 people became disabled, some dying of cancer, after drinking water contaminated with hexavalent chrome used by the Pacific Gas and Electric Company.

Because of the legal battle fought by Brockovich, the victims received unprecedented compensation. The story subsequently circulated the globe after the movie was made with Julia Roberts.

Now, the hexavalent chrome and other heavy metals such as nickel have been detected in quantities as 100 times higher than the legal limit in the Asopus river in Boeotia, in central Greece. The river, once suitable for swimming and fishing, springs up on the slopes of Kitheronas Mountains, believed by the ancient Greeks to be the motherland of the Muses. The river provides drinking water to tens of thousands of people in its high stream areas, but its groundwater also reaches millions of residents of Athens.

Will Julia Roberts do a movie sequel, entitled "Erin Brockovich in Greece"? Waiting for an answer, the real Erin arrived in Europe to denounce the pollution of Asopus. She first wrote a letter to the US Ambassador in Athens, Daniel Speckhard. On 15 April, she then took part in a conference organized by the Green MPs in the European Parliament in Brussels. 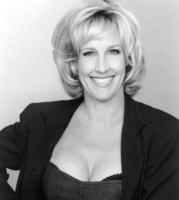 "Death flows in the Asopus," writes Brockovich on her website. The water is red because of the high concentration of hexavalent chrome discharged by around 85 factories in the river area, together with other industrial waste. In the municipality of Oinofyta, (30,000 inhabitants), the incidence of cancer has increased from 6 percent in 1989, to 32 percent at present. And despite the mayor declaring the drinking water 'unsafe', his fellow residents do not have any other choice. Greek authorities are not doing anything: only four factories have been fined with 5,000 Euros each, editor's note but there has been no effort of installing reliable filters, and above all, of purifying the lethal waters.

In January, the European Commissioner for the Environment, Stavros Dimas (a Greek citizen) criticized Greece from Brussels for having allowed factories to use the river to discharge waste. The co-president of the Greens at the EU Parliament, Monica Frassoni, added, "Greek violations of the European directives on water protection make the case of the Asopus pollution a European problem."

Chemical analyses conducted by the University of Athens are clear: the concentration of hexavalent chrome is 62 ppb (parts per billion) in the river in the mountainous area around the community of Oropo. A citizen's group has been formed there, which recently staged a curious protest "offering" glasses of contaminated water to passersby and the MPs in front of the Parliament in Athens. In Chrisopygì (ironically in Greek the word means "golden spring") the concentration of the poison reaches 76 ppb, whereas in the community of Aulide, it is 100 ppb. The tolerable level according to health protection standards is... 0 ppb.

"Erin Brockovich is interested in Asopus?" The daily newspaper To Vima reported that Maria Oikonomou, junior professor of geology and geo-environment at the University of Athens says, "Finally! Someone had to take the issue seriously because the situation has been critical for years and it could have serious consequences for people's health." Until now, scientific research has not proven that the cancer-related deaths in the region are directly related to the presence of hexavalent chrome. However, international scientists have long known that the substance is carcinogenic.

The pollution of the clear waters of Asopus began back in 1969, when the colonels' dictatorship declared the area an "industrial park" and permitted many companies to discharge unfiltered waste in the river. The results are visible today. In September 2007, the first big alarm came from the agricultural faculty at the University Athens after an analysis of the groundwater that arrives from Boeotia to Attica, an area of Athens. A recent inspection by the parliamentary environmental commission shamefully found the Asopus river to be "completely pure": clearly the factories were given time to do their "spring cleaning".

In the meantime, even the conservative daily newspaper Kathimerini has denounced the presence of chrome and other toxic substances, such as nickel and barium, found not only in the groundwater and the potable water, but also in the carrots, beans, and onions produced in the fields irrigated with water from Asopus and sold daily in Athens supermarkets.

The paper reports the most recent tests done in February by chemists from the University of Athens. Carrots produced by farmers from Tebe, capital of the Boeotia region, for example, have a very high concentration of chrome (95 micrograms per kg; 10 times higher than the allowed maximum). One of the researchers said to Kathimerini, "It is absolutely clear that these substances have already permeated the agricultural produce, even though the hexavalent chrome changes its composition when it transfers into farming produce, the water from Asopus is not good for watering the fields, let alone for drinking!" Erin and Greek environmentalists continue to struggle.