Brexit and the Parthenon marbles 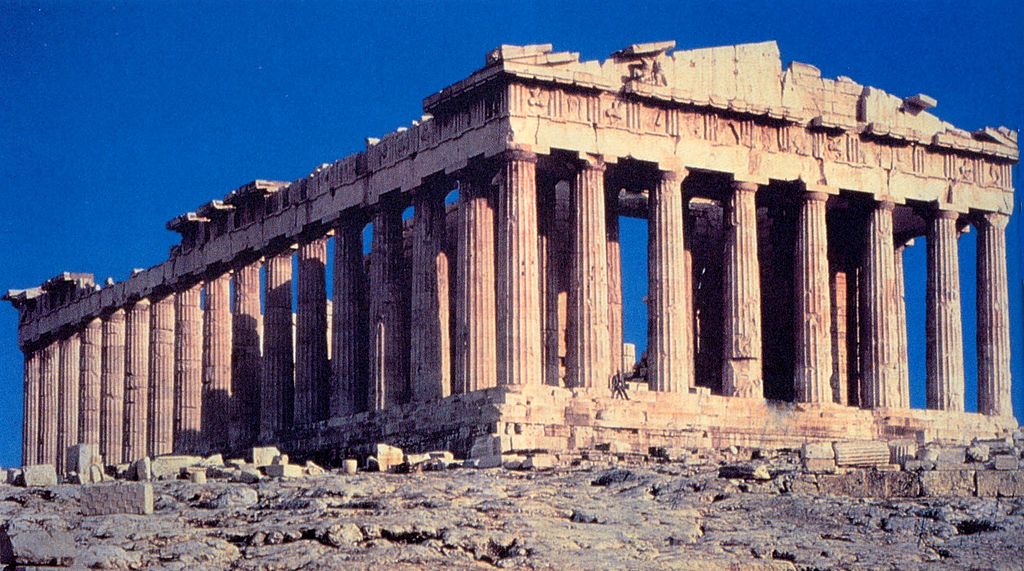 Half of the Parthenon marbles are in London. Sold by an English aristocrat to the British Museum in 1816, they have been claimed by Athens for nearly two centuries. Will Brexit make them go back?

Will the Parthenon marbles ever return to their home of over two thousand years, that is to Athens?

In 1816, these sculptures were removed (in some places, with a chisel) by art collector Lord Elgin, who then sold them to the British Museum, where they are still on display. As the aristocrat held an official permission ("firman") by the Ottoman Empire to remove some "sculptural stones" from the Temple of Athena Parthenos, the British Parliament ratified the deal. Result? About half the frieze, many metopes, and half of the pediment statues are currently in the new Acropolis Museum in Athens, built to accommodate the treasures of the sacred fortress in 2010 – the other half is in London.

For two hundred years, Greece – an independent state since 1830 – has demanded the marbles back. The latest development came last summer. In the legal team hired by the International Parthenon Sculptures Action Committee, we also find Amal Alamuddin Clooney.

The Committee is led by Greek Alexis Mantheakis, for years the spokesperson for the Roussel family, who jumped on his legal advisers' idea to trade the sculptures for the Greek parliament's "yes" to Brexit. Indeed, according to EU procedures, each parliament of the 27 EU member states will need to consent to London's exit agreements with Brussels.

While Scandinavian countries are prepared to say "yes" only in exchange for new rules on fishing in the North Sea, a prosecco war is on between Italy and Great Britain, and Spain is claiming sovereignty over the Strait of Gibraltar, who is Greece not to make demands? "Here's the solution we've been looking for for decades!", said Mantheakis to the Athenian newspaper Kathimerini last August 7th.

"This is the first chance we have to claim the return of the marbles with the support of international diplomacy. We will tell them – gentlemen, we support you; the only thing we ask for is to empty a room in your museum. By the way, British public opinion has been on our side for years". Which is true for Oxbridge academic circles – horrified at learning that in the 1930s the British Museum did a very energetic restoration of the Parthenon sculptures, removing the original coating (as recently recalled by The Guardian, supporter of "Remain" in the Brexit referendum and advocate of the sculptures' restitution ), though not for the conservative public opinion.

It just takes a look at the ranking, published a few days ago by the right-wing, pro-government Daily Telegraph, of the "42 Museums You Must See Before You Die ", to get the picture. If the Metropolitan of New York is in first place, followed by the Louvre (5th place), the London museums (12th-13th), and the Italian ones, the Acropolis Museum of Athens lags behind in 24th place. The comment is hardly diplomatic: "The last floor is devoted to the marble frieze that once ran around the top of the Parthenon. About half the pieces are original, while the rest are copies – the missing part is in the British Museum. The Greeks have been asking for it back for decades and hope that this brazen presentation will finally convince the British to return it".

There seems to be little room for optimism for the Committee led by Mantheakis. Last summer, the Greek government – through MEP Stelios Kouloglou of the Syriza progressive coalition – surveyed the European Commission's opinion on the delicate issue, arguing that EU mediators negotiating with Britain should protect Europe's cultural identity, symbolised by the marbles of the Parthenon, the cradle of Western civilisation. However, the response of EU Commissioner Tibor Navracsics, a Hungarian, in charge of the cultural aspects of Brexit, froze Athens: "There is only one European Union directive on the restitution of art treasures removed from January 1st, 1993 onwards. The Parthenon sculptures were removed much earlier, therefore the European Union has no authority in this matter".

No official announcement has been issued by the British government. There was only a sardonic statement by the British Museum: "The Acropolis Museum allows the Parthenon marbles to be admired against the background of Athenian history. The sculptures displayed in London are important representatives of ancient Greek civilisation in world history". The only ones who appear to be rooting for Athens and its glass-and-steel museum, with the terrace overlooking the venerable fortress of Athena Parthenos, are tourists – at least, those whose "likes" on TripAdvisor create a hit parade of the ten most attractive museums in the world. Like the Telegraph, they place the Metropolitan of New York on top, followed by the National Museum of New Orleans and the Musée d'Orsay in Paris. Then we find the Acropolis Museum of Athens in 8th place and, only in 10th place, the Victoria and Albert Museum in London. The British Museum is nowhere in sight.