A tale of 8 militant asylum seekers. Another episode in the Greek-Turkish relations drama

Turkey: the number of asylum requests has tripled over the last two years 18/12/2017 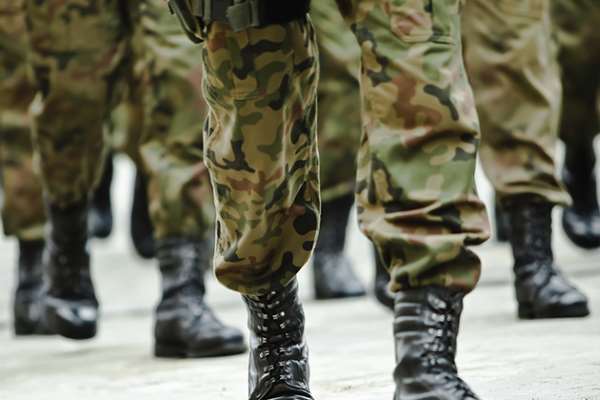 After the July 2016 failed military coup, 8 Turkish servicemen requested asylum in Greece. The case sparked new tension in the traditionally strained relationship between Athens and Ankara

In the morning of July 16th, 2016, a few hours after the attempted coup in Turkey, eight Turkish servicemen landed a military helicopter in the Greek city of Alexandroupoli, requesting political asylum. The Turkish government requested their extradition, charging them with involvement in the coup. In the afternoon of January 26th, 2017, the Supreme Civil and Criminal Court of Greece rejected the extradition request, expressing concerns for human rights in the asylum seekers' homeland. The eight remain detained until they are granted asylum, but in the meanwhile Greek-Turkish tensions have risen – again.

Background of the legal procedures

A few days after their irregular landing in Greece, the servicemen faced their first trial in a Court of misdemeanours in Alexandroupoli, where they were sentenced to two months in jail, suspended for three years, for illegal entry into the country. After the arrest, they reportedly told the Greek Police officers: “Our superiors took an active role in the coup and we were told to land the helicopter in a clearing outside Istanbul and wait for orders. That’s what we did. However, as melee riots and clashes took place during the night, we feared for our lives. We saw killings and beheadings and we realised that if we stayed in Turkey we would be killed”.The choice of landing in Greece was based upon proximity and safety. On the other hand, the request of extradition from the Turkish government was based on charges of attempting to overthrow the constitutional order and the Parliament, kill the President, and snatch the helicopter by force.

During the legal procedures, the Turkish government appeared confident that Greece would not unsettle the foundations of good neighbouring relations. Hüseyin Müftüoğlu, spokesman of the Turkish Ministry of Foreign Affairs, reportedly said in December that Greece’s dreadful experience of the military coup d'état (that led to the dictatorship of 1967-1973) would shape the decision for the case. This statement came after Athens' Court of Appeal decided that only three servicemen would be extradited to Turkey.

It is important to note that granting asylum and denying extradition are two different legal actions, despite being often interrelated. By October 2016, asylum was denied to most of the eight seekers. Yet, there was no final verdict about extradition, since Athens' Court of Appeal had decided that only three out of the eight servicemen would be sent to Turkey. Mr. Antonis Liogas, Public Prosecutor of the Judicial Council of the Court of Appeal, appealed against the decision on the ground that Greece had to follow international conventions and therefore extradite all the eight servicemen. The three sentenced to be deported appealed against the decision as well. In brief, the case reached the Supreme Court for a final decision.

Just after the episode, Greek Prime Minister Alexis Tsipras received a call from President Recep Tayyip Erdoğan, who reportedly thanked him for the country’s attitude during the coup (Greece officially condemned the coup) and asked for the extradition of the eight. As Erdoğan himself said to Turkish media after the Greek Supreme Court’s decision, Tsipras had promised him that the eight would be extradited to Turkey within 15 days. Experts and analysts in Greece believe that the initial intention of the Greek government was to comply with the Turkey's wishes – however, it turned out, the vast majority of the Greeks had a different opinion.

Civil society in solidarity with the eight

The final decision was defined by Mr. Christos Milonopoulos, lawyer of the eight, as a great victory for European values and the Greek judicial system.

Indeed, civil society's core argument against the extradition was the distinction between European values and human right conventions and the lack of “state of justice” (Rechtstaat) in Turkey.

Through social networks as well as with public initiatives like a vigil protest in Athens and Thessaloniki, Greeks put extra pressure to the government, which suddenly found itself in a can of worms and was literally saved last minute by the judiciary, that offered the political coverage it needed.

Greek lawyer Panayotis Perakis, president of the CCBE committee “Access to Justice” and head of the Greek delegates to CCBE, told OBCT that “it was an honour” to testify in the trial and explained the legal reasoning of the Supreme Court’s decision: “Of course, you extradite someone if there is a legal request to do so and several legal prerequisites exist. But there is something more important; international and European laws and the convention of Human Rights play a decisive role. Regardless being involved in the coup or not, if they are not going to face a fair trial in the place of extradition they are not going to be extradited. Period”.

According to Mr. Perakis, given the reports of long-term detention, denial of access to a lawyer, and even torture, Turkey seems to lack the necessary human rights guarantees. “We have reports from Turkish lawyers’ associations that the justice system doesn’t function properly. We had to act as we did with the eight, because we wish for Turkey to be a state where institutions are respected. We have an interest in that too”.

“A different decision would have meant accepting the way things are in Turkey, but the verdict is a form of pressure against it. Turkey's democratic citizens expected this from us”, concludes Mr. Perakis.

Opposers of the extradition included journalists, scholars, and thinkers as well as all the opposition political parties, except the neo-Nazi “Golden Dawn”.

Next day in the region

The day after the verdict, Turkey came up with a new extradition request. Until the Greek side examines the new request – if the evidence provided remains the same, nothing will change the Court’s decision – the eight remain detained. The next step will be to plea for asylum, in Greece or elsewhere, or seek for a similar/equivalent status. Whatever the outcome, the case has stirred Turkey's utter dissatisfaction.

Afentoulis Langidis, Professor of International Affairs at the Panteion University of Athens with expertise in Greek-Turkish relations, believes that Turkey was looking for a chance to revive its claims over the Aegean Sea – a view shared by many Greek experts.

Indeed, Turkish violations the Greek airspace have increased (162 violations and 12 overflights as of February 1st, according to Greek media), accompanied by a number of provocations by the Turkish government and army. For example, Turkish Minister of Foreign Affairs Mevlüt Çavuşoğlu, following the tribute his Greek counterpart paid to the Greek soldiers who died when their helicopter crashed in Imia during the crisis of 1996, warned Greece of a “risk of accidents” in the Aegean.

Further consequences of the Court’s decision may include a breach of the agreement on refugee influx between Turkey and the EU. “In the light of its past, Turkey doesn’t need to (openly) cancel the agreement – it can just silently allow the massive entry of immigrants and refugees who are passing the borders with the help of Turkish traffickers. Under the current circumstances, this would put Greece in a difficult position”, says Prof. Langidis. “We need to clarify that Greece remains a State of Justice that respects European values and is obliged to implement International Law. The judicial system did right (to decide for the non-extradition) and political implications should not always be taken into account. In any case, Turkey was seeking and always seeks for an opportunity and this time it used this incident”.

Even if used by the Turkish government as a chance for its foreign policy plans, the decision of the Greek Supreme Court that reveals doubts about the protection of human rights in Turkey needs to be carefully considered by the EU too – not just because Turkey will always be Europe's neighbour (if not, someday, a member), but also because at the moment it is considered to be a “safe third country” for hundreds of refugees that fled the war to end up in an authoritarian state. Despite the costs, Europe should take responsibility for the protection of asylum seekers, like the Supreme Court of Greece did in the case of the eight.