The EU opens to Georgians travellers 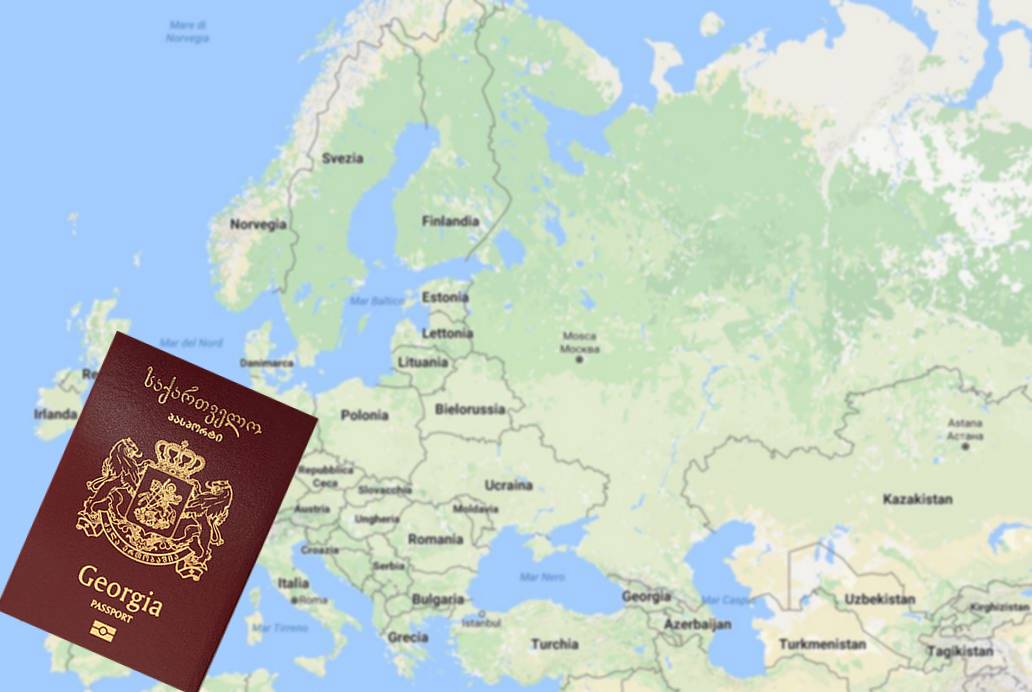 On Thursday, February 2nd, the European Parliament approved visa liberalisation for Georgia. Now the formalities at the EU Council of Ministers, and by the end of March the first travellers

Brussels opens Europe's doors to Tbilisi, and Georgian citizens will be able to travel without visas in the Schengen area. The European Parliament has given the green light for visa liberalisation – by the end of March, with a biometric passport, Georgian citizens will be allowed to stay in the countries in the common European area for tourism or business up to 90 days, in any 180-days period. However, they will not be able to seek employment.

Approval by a large majority – 553 votes in favour, 66 against, and 28 abstentions – closed a process that formally began a year ago, but is rooted in the history and values of a country that feel European at heart. According to analysts, this step is also an injection of confidence for the government a few months after the elections and a push in the direction of reform.

The Association and free trade Agreement, signed by Tbilisi and Brussels in June 2014 after two years of negotiation, provides for the abolition of duties and a number of liberalisation measures, including visas. Yet, although the country met the European Union requirements, the refugee crisis and fears of new migration flows had stalled the process for months.

The process was resumed following the agreement reached between the Parliament and the European Council – the body which sets the EU political agenda and priorities – on control mechanisms and emergency suspension of visa regime agreements, i.e. whether and when to stop circulation without visas.

Exultation and political comments came very soon. In Brussels, Vice-President of the European Parliament, Polish Ryszard Czarnecki, said that Georgia is "an integral part" and a "Christian nation in the heart of European civilisation and culture". In Tbilisi, Prime Minister Giorgi Kvirikashvili posted on Facebook about his joy at "a historic day", explaining his 140,000 followers that "the tangible result of a policy of rapprochement to the Union" is a step in "a still long path to make our country a truly European state and a full member of the Euro-Atlantic family".

Georgia is the country with the strongest European aspirations in the Caucasus. Formal membership, now a perspective sine die, has been the primary foreign policy goal since 2003 when the Rose Revolution, led by controversial former president Mikheil Saakashvili, opened the way for a commitment to reforms then maintained by the following governments, although with substantial differences in relations with Moscow.

"Enlargement is not on Brussels' agenda, and we know it", said Natalie Sabanadze, Georgian Ambassador to the Union. "However, Georgia is stubbornly committed to following the path of Euro-Atlantic integration, despite the difficulties and the costs that this entails".

The golden age of the Eastern enlargement is gone – the wind has changed since the EU embraced ten new members in 2004, and surprises like Brexit are only the most striking example of a growing anti-European skepticism.

What about the Russian factor? "This decision means more confidence and more room for manoeuvre in relations with Moscow, that over the years has tried to convince Georgians that Brussels and the West in general were not interested in Georgia", told Kornely Kakachia, professor of policy analysis at Tbilisi State University, to OBC Transeuropa. "It means that the construction of a democratic state in South Caucasus is not a dream, but a real option. This decision is a sort of confirmation that Georgia is moving in the right direction and a warning not to lose the commitment to the reforms the country embraced in the last 10 years".

Only distant echoes of skepticism arrive in Tbilisi – in the streets of the capital, the atmosphere is that of the great occasions, and everyone seems to have a reason to celebrate. Giorgi Mechelashvili, an engineer turned taxi driver because "these days, I make more at the steering wheel", will be able to visit his daughter, who works in Germany. For Eka Tsuladze, 21, student of European history and law, easy access to Europe is vital "for studies and exchange with students who, like me, feel European, although today it seems to be out of style". Many others long to travel for tourism, like Khatuna Abuladze, salesperson, who now feels closer to her dream of a gondola ride in Venice.

Joy erases the frustration of a tortuous path that, before parliamentary approval, had to overcome the barriers of the European Commission and the European Council. The long wait reflects deeply divergent views within European institutions on the subject of open borders as well as the opposition of some member countries.

The dialogue for the Association and liberalization Agreement officially started on June 4th, 2012, in February 2013 Brussels presented a detailed action plan to the Georgian authorities. The EU demands were hard – fight against corruption and organised crime, data protection, anti-discrimination law and protection of minorities, and reforms to ensure the independence of the judiciary.

The legislative and executive progress was closely monitored between November 2013 and December 2015, when the European Commission presented its final report stating that Tbilisi had met the benchmarks. In the view of the Commission, the conditions for access to the Schengen area were already mature in March 2016 , but contingent situations slowed down the final approval. Migration flows pushed Germany, France, and Italy to seek a corrective mechanism that would allow the suspension of the preferential arrangements in the case of specific migration effects.

Hence the suspension mechanism, approved in late 2016, that will allow the Commission and the Member States to quickly restore the visa regime if deemed necessary – for example, in case of "increase in the number of nationals of a third country who remain illegally in the European Union", "increase in unfounded asylum claims", or "in the absence of cooperation on the readmission of repatriated migrants". In these cases, agreements will be blocked for a period of nine months, which may be further extended to one year and a half.

Prime Minister Kvirikashvili said he was certain that Georgian citizens will make good use of the opportunity given to them. As if to say, that the whole country will pay if few step out of line.

"The last one turn off the light"

For Mariam Grigalashvili, analyst at the Georgian Institute of Politics, "the possibilities that the suspension mechanism is applied to Georgia are minimal". Yet, once obtained, the privilege needs to be communicated adequately. The running joke "the last one out, turn off the lights in the airport" reflects the idea that now every single Georgian will rush to Europe.

"There is an urgent need for an information campaign to explain to the population what exactly is entailed by this new provision", continues Kakachia. "This must be done by the government, but also by civil society, involving the media and the academic world, to manage expectations and protect from disappointments. We need to be creative".

Tbilisi values the liberalisation also in terms of domestic politics. Effects of the decision include the hope to improve relations with Abkhazia and South Ossetia, now that with a Georgian passport, also residents of the two breakaway regions will be able to travel to Europe. A letter of intent, tweeted by Foreign Minister Mikheil Janelidze, was soon torn to pieces by the de facto authorities both in Sukhumi and Tskhinvali. In a statement , Sukhumi defined the approach of the Georgian authorities "rude" and "another trap for Abkhaz citizens in the form of visa liberalisation with EU countries", adding that Georgia's attempt to "entice Abkhazian citizens will fail".