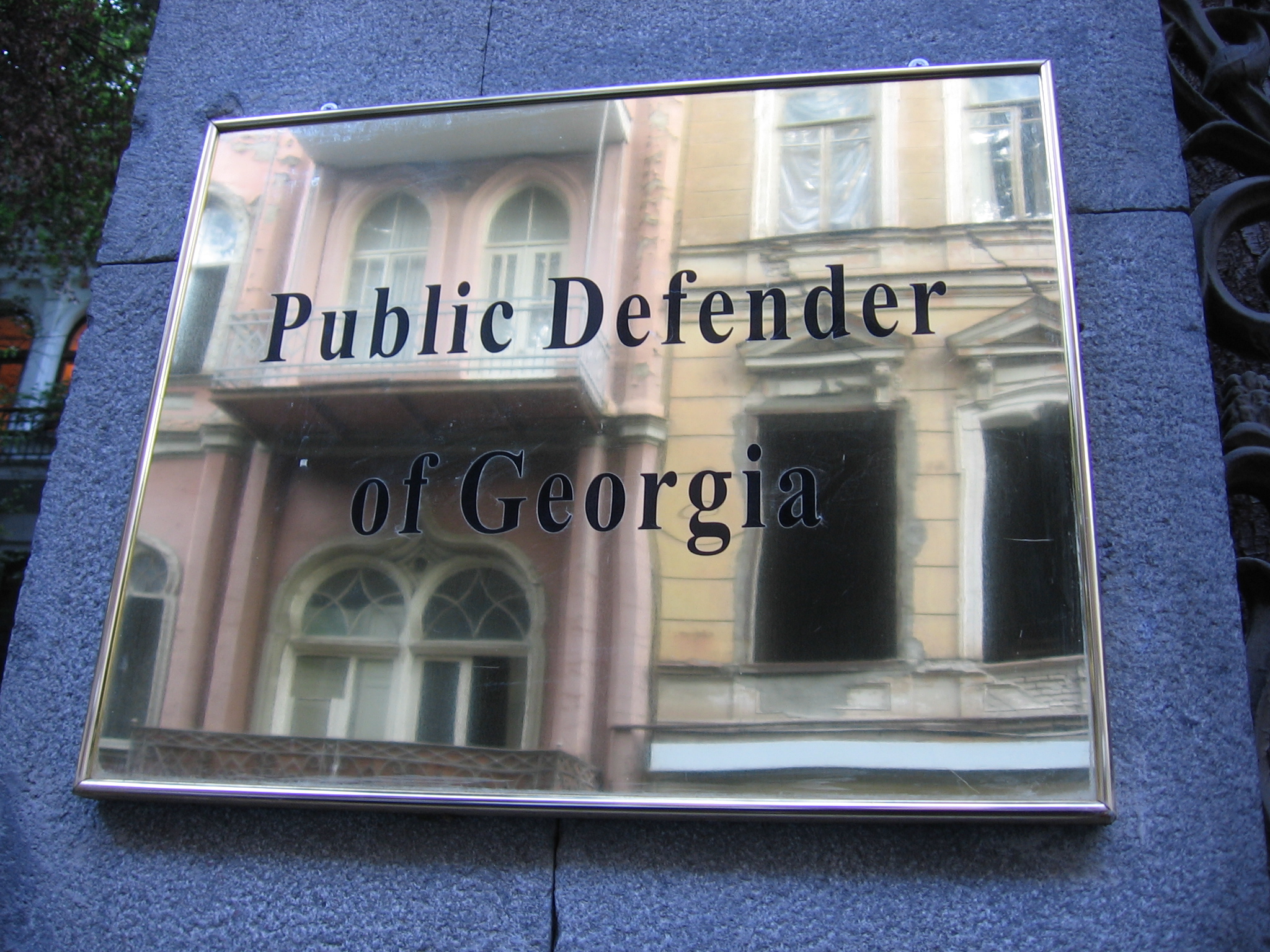 In Georgia, opposition activists are victims of aggression and suffer violent attacks, even at the hands of the police. The government minimises these accusations and speaks of a Georgia which is headed straight on the path toward democracy

This 15 September marked the end of term in office for Sozar Subari, the man who occupied the position of Ombudsman in Georgia. During his tenure, Subari strongly criticised the actions of the Georgian government and publicly denounced numerous violations of human rights. He began by criticizing overcrowding in prisons and poor conditions in psychiatric hospitals but circumstances compelled him to focus more on cases of political persecution of representatives of the opposition and protesters who took part in rallies.

"When I first spoke out against the situation in the psychiatric hospitals, the responsible authorities reacted and things changed for the better," Sozar Subari said during an interview with Osservatorio in August. "During Shevardnadze's time in power, there were many human rights violations, but none of them had systemic characteristics....the state simply wasn't able to control the situation - it was chaos. Now, however, the state controls everything and the violations have a systemic and systematic character."

Subari's accusations are based on reality. In the last few months, well-organized bands of armed aggressors have targeted and physically attacked opposition leaders and participants in anti-government demonstrations. Many of these cases were publicly denounced by the Georgian Ombudsman. The victims recounted more or less the same chain of events. A small group of people, often masked and armed with billy clubs and metal rods, attacked preselected victims for beating while making verbal threats. In some cases, victims were actually forced into a vehicle (often a Jeep or a luxury off-road SUV) and, after further beatings, released in another part of the city.

One example that was caught on tape was that of Vakhtang Laghidze, Vice Director of Coca Cola Georgia, who was stopped while returning home from an opposition rally by car. Recorded images from security cameras at the headquarters of the World Bank recorded what was a quick and well-organized action (watch the video).

"The faces of the perpetrators are clearly visible on the tape. Nonetheless, the attackers have not been officially identified...and this is not the only example. So far, not one single case of violence against opposition activists has ended in arrest," said Subari.

There are also accounts of violence committed directly by the police force. The most notorious case occurred on 15 June. A group of opposition activist had gathered in front of the central police station to peacefully protest previous incidents of police brutality. The police intervened, breaking up the demonstration by force and arresting 38 people, five of whom were subsequently sentenced to 30 days in prison. One of those people was Dachi Tsaguria, among the founders of the youth movement "7 November." The group was formed to protest the crushing of anti-government political demonstrations on 7 November, 2007.

"The police attacked us unexpectedly and took us to the central police station. They pushed us and made us lie down on the floor in the hall," Tsaguria said in an interview with Osservatorio. "They walked on top of us, jumped over us and beat us with bars and baseball bats... some of them were in uniform, some not. Some of them had their faces covered. They recognized me because I had already taken part in a lot of other protests, so they began to beat me harder and broke a bone in my hand. They took photographs of me, most likely to show them to their boss, and then I lost consciousness. Shortly thereafter, they took me in front of a judge. I was already covered in blood, but when I tried to explain how it had happened, the judge silenced me and sentenced me to 30 days in prison. For 30 days, I was imprisoned in a windowless room eight meters square with a wooden bench, a sheet for sleeping, and a Turkish toilet in one corner. They didn't allow me to breathe fresh air or bathe for an entire month."

A representative of the public defender was also present at the time and bore witness to what happened in the central police station: he too was arrested, insulted and beaten despite the fact that he was present in an official capacity and was wearing a uniform - a fact which is underlined in a report from the Ombudsman detailing the events of 15 June.

"What happened in the police station on 15 June was negative and I know for a fact that some police offers have been officially rebuked. Clearly those events should be investigated," says Irakli Kavtaradze, a parliamentarian from the ruling party who spoke with Osservatorio. "On the other hand, we should ask ourselves: 'what are the rights of someone who protests?' Just because you take part in a demonstration doesn't mean you have immunity. The opposition blocked the main road for months and we allowed them to, even if, by law, a street can only be blocked in the case that it is really necessary. I couldn't reach my office in parliament because of the protests, even though I had the right to. We must protect the rights of everyone."

"Of course, they have been rebuked, but that's not enough," retorts Ombudsman Suzari. "The demonstration that took place on 15 June was peaceful and legal. That is why the violence against demonstrators should be classified as an episode of torture and those responsible should be imprisoned. Of course, there are cases in which demonstrators have broken the law, but even that doesn't justify that kind of police behaviour."

According to Irakli Kordzaia, one of the founders of the anti-government youth movement "Ratom?" ("Why?"), opposition activists are always under surveillance, even when they are not participating in protests. "Some time ago I was in the car with some friends; they were also activists. A Jeep cut us off and some young guys got out and started to attack our car with bars and clubs. We were barely able to escape, but my friend who was driving our car ended up in jail because as we fled, a van was damaged," recalls Kordzaia. "Another time they were waiting for me outside my door and I was able to get away because my neighbours tipped me off in time. In other cases, the police have stopped me to do "inspections," even though I was out on personal business that had nothing to do with demonstrations. They have taken me to the station, detained me for hours, and then released me without ever telling me why. They've done blood tests on me, probably hoping to incarcerate me for drug use or something. But what really irritates me is when I think about how the police are always following us and listening to our every word...and doing it with our tax money."

The round of protests that began on 9 April has already finished and President Saakashvili is still solidly in power. The opposition remains divided, and even among young activists, the level of organization remains largely informal. "We don't have a specific candidate or opposition party," says Kordzaia. "We want free media and we want human rights to be respected in Georgia. And it is important that whoever has committed crimes against their own people - whether they are police, judges, or politicians - get prosecuted for what they have done. Only then will we be ready to support Saakashvili's successor."

Young people like Dachi Tsaguria and Irakli Kordzaia are trying to reorganize themselves for autumn and they are planning new protests, including groups focused on specific themes - like education or the question of refugees - in order to pressure the government to address concrete issues. Sozar Subari has joined the opposition: he will be a candidate in Tbilisi's municipal elections which are planned for May of 2010. In the meantime, President Mikheil Saakashvili downplays the accusations against the government and never misses an opportunity to talk about Georgia's giant steps forward on the path toward democracy. "We are keeping the promises we made to strengthen our democracy, maintain pluralism, and expand individual liberties," Saakashvili declared with pride on 26 September, speaking in front of the UN General Assembly. But words like this, convincingly delivered at the UN Headquarters in New York, ring inevitably hollow on the streets of Tblisi.