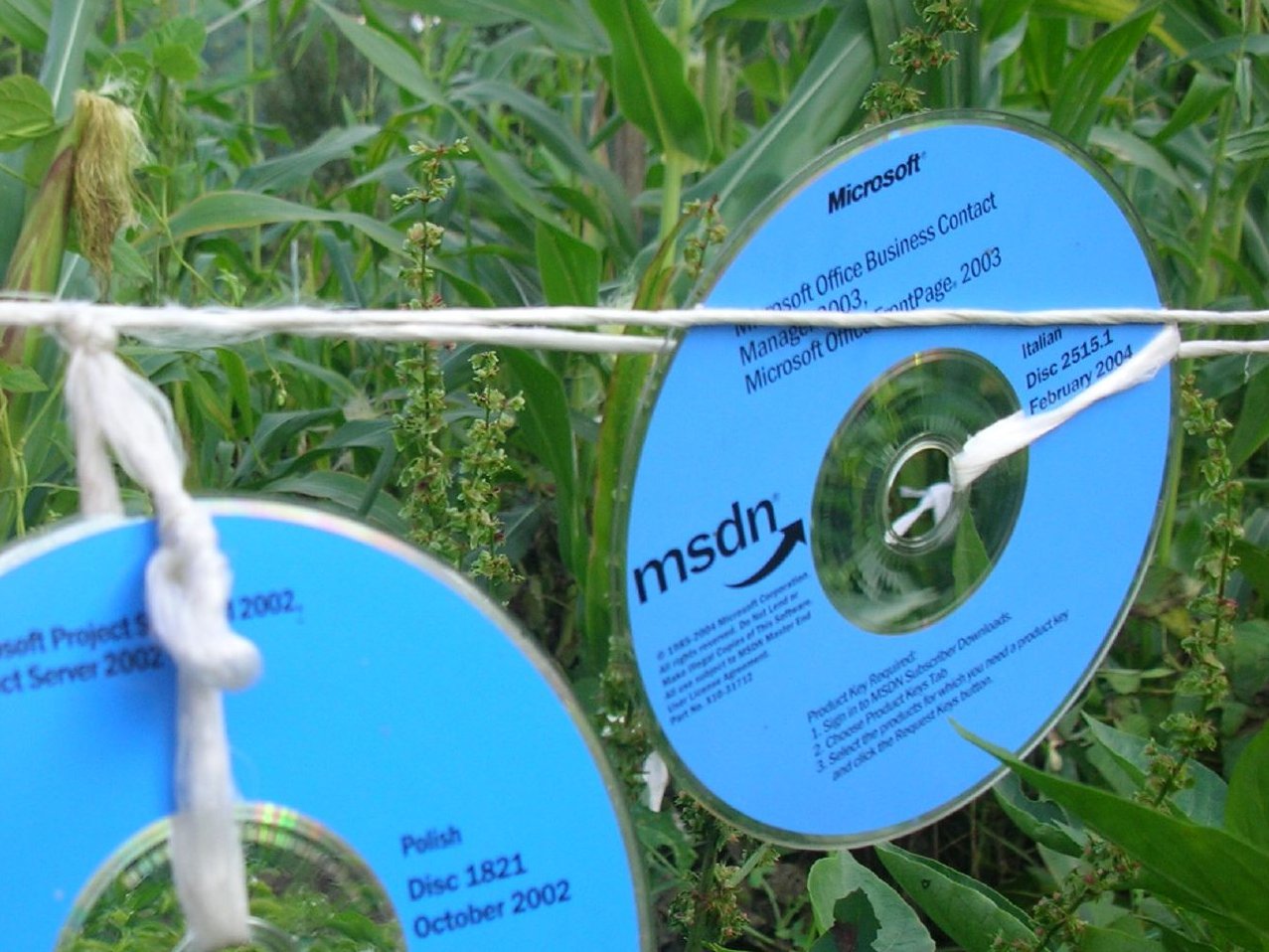 Recent estimates give 93% of the software used in Georgia as pirated. Nearly everyone uses illegal software without seeing it as breaking the law. Shops in Tbilisi sell computers with Windows and other programmes already installed without the licence. Music shops happily sell copies of CDs and DVDs. In the short term the situation doesn't look like changing

In 2010 Business Software Alliance , union of the main software production houses world wide, estimated Georgia to be the world leader in the use of pirated computer programmes. The study showed that 93% of the software used in Georgia is not original. Second in the classification tables comes Zimbabwe (91%), but Armenia (89%) and Azerbaijan (88%) also come close. Two years later new estimates have yet to be published, but no great changes are expected from Georgia: the number of citizens respecting the law and prepared to pay considerable prices for what they can get free of charge has probably increased very little, if at all.

Software without a licence

The problem is that most people not only don't buy programmes legally, but they don't even buy pirated ones... they simply don't buy them. For instance, if you buy a new computer in a shop in Tbilisi, you will find Windows, Office, Nero and other programmes already installed without having to pay anything (and naturally without the licence). Apart from this, nearly everyone has an acquaintance or friend who's a computer buff. If a specific programme is needed, there's always someone who can get hold of it, or it can be downloaded directly from the Internet: in either case no fee is paid. Even if you are without technological friends and you have to call someone who does it for a living, any technician will only ask to be paid for the work, not the licence. That is for his work, not that of Bill Gates, founder of Microsoft.

This issue does not involve only Windows or Office. Today in Georgia almost any programme can be obtained free of charge. For example, most television companies use pirated versions of the most common programmes for making television productions, Adobe Premier Pro. The same applies for the radio stations with Cool Edit Pro and Adobe Audition. A great variety of programmes and software, which if legally purchased would cost hundreds of Euro, can easily be found.

The State doesn't even try to deal with the problem seriously: it's difficult to take severe measures when more than 90% of users operate on pirated programmes. Legislation safeguarding authors' rights only applies to the production of local software, which is what makes it costly and little used. For example, a local computer business translated Word into Georgian, but because of its elevated cost practically nobody uses it – it's easier to use the English version, for free.

Those 7% of legal operators therefore are basically people who have to use very complicated programmes which cannot be obtained and installed illegally. The police, for instance, have installed terminals in all their patrol cars connected to a central server which gives them access to all the information they might need. This system is naturally based on legitimately acquired software. Besides State entities, the bigger businesses - like supermarket chains - pay for their programmes, having specific management needs. It is in fact difficult to get hold of these kinds of programmes through the Internet and even more difficult to use them steadily without complications. If this were possible, the percentage of stolen software users would soon approach 100%.

The issue is similar for other products, such as music and films, their royalties theoretically protected by law. Purchasing an original CD on the Georgian market is practically impossible, also because it would cost too much. On average CDs and DVDs in Georgia cost from 3 – 4 Euro, obviously much less than an original copy would cost. These discs are prevalently imported from Russia, Ukraine, and other Eastern European countries, and some are made locally. Even so, business in this market is falling, as it's easier to download everything from the Internet.

There seems to be no effort on the part of the authorities, however, to combat this tendency, partly because the Georgian market is so small and the large international corporations are not particularly interested in protecting their products in this part of the world. One cannot imagine Bill Gates suffering particularly for the fact that people in Georgia use his programmes illegally.

The only sector which has shown greater attention for royalties is the local show business, which last year declared war on piracy. A dedicated organisation has been founded to make sure that no-one violates authors' rights in the case of Georgian singers, film directors and writers. In practice, though, even in this case the results are limited. Interest in Georgian pop music, for instance, is low overall, and few buy albums by local groups, also because they cost three times more than the CDs of well-known international groups, illegally imported.

At present there are no realistic ideas on how the State might oblige its citizens to pay for what they can currently get free of charge. If it were decided to imprison all “pirates”, half the country would be jailed, including most members of parliament who also use illegal software on their personal computers.

The Georgian government in recent years has been able to change the fiscal system considerably, compelling both private individuals and businesses to pay taxes. Shops now make out bills and pay taxes, and this is fundamental. For the state it was a question of life or death, there were no alternatives. But for the Georgian state it makes no difference if Bill Gates or Shakira receive their royalties.

The situation is rendered even more difficult by the fact that no-one sees the installation of a pirated programme or the purchase of a copied CD or DVD as a crime, and even less as something immoral. And this situation looks unlikely to change in the short term.