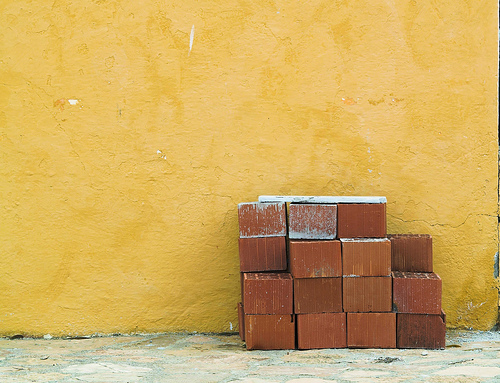 A real construction boom is taking place in Georgia, but the recent world financial crisis has had serious consequences for the construction sector; a sector in which the state is one of the major stakeholders

Since 2005, a real construction fever has taken hold of Georgia, especially in the capital Tbilisi and in Batumi, a tourist resort on the coast of the Black Sea. The construction boom, though, came to an abrupt halt in 2008 when the financial crisis hit international markets. Today, Tbilisi, like most major world capitals, is full of unfinished buildings. On the bright side, a breath of fresh air appears to be near for the construction sector in Georgia .

A recent study carried out by OPIC, an American corporation for foreign investment, showed that Tbilisi ranks last among Eastern European capitals as far as per-capita housing space is concerned.

According to OPIC Chairman Lawrence Spinelli, Georgia has a permanent deficit of housing facilities. As Mr. Spinelli maintains, an actual construction boom is taking place in Georgia, also due to the gradual replacement of Soviet-age houses with new buildings. All the same, the construction sector has not escaped the negative consequences of the financial crisis.

The situation in Georgia is characterized by a specific feature : many construction enterprises have created actual “financial pyramids” that sell apartments in unfinished buildings. The money is then re-invested into other projects that start up before the buildings are actually finished. A lot of buyers who pay for their apartments up front end up with no money and no house.

In the third quarter of 2009, the construction sector grew by 21% compared with the second quarter of the same year and by an amazing 88% compared to the first one; total growth amounts to 200 million dollars.

In the first quarter of 2oo9, the number of people working in the construction sector amounted to 22,754 people, while in the third quarter it grew to 31,391. Moreover, the average wage rose from $350 to $450 dollars per month.

Many buyers do not know for certain whether they will ever be able to get their apartments because construction work sometimes stops even before it actually starts. In the best cases, buyers get a foundation pit in the place where their houses should be. In the worst cases, their house is nothing but an empty lot.

The situation seems to be at a dead-end at the moment. The state has no intention whatsoever to help these unlucky home-buyers, maintaining that the buyers should have taken the risk into account when they bought a house which existed only on paper. The government also says it has nothing to do with business between individual citizens and private companies.

On the other hand, it is increasingly common for companies to leave buildings unfinished because banks do not grant them credit and the companies themselves have already lost all of their own financial resources.

Despite appearances, the government is indeed putting into practice a set of measures aimed at reviving the construction sector.

The programme of reconstruction of ancient Tbilisi

The programme consists of the following procedure: banks grant credit to construction companies which, in turn, commit themselves to completing construction of unfinished buildings. The state then buys new houses and donates them to citizens residing in the oldest parts of town. The state gives them new apartments for free but, in turn, it receives prestigious buildings located in the most ancient part of the city and then sells them to investors.

The programme is part of a wider strategy aimed at giving new impetus to the economy. The programme’s main objective is not to gain tax revenue, but rather to improve life conditions of those citizens who live in houses on the brink of crumbling. The program is also a powerful stimulus for both the construction and the banking sectors.

At the end of the first phase of the programme (which is due to be completed in one to two year's time) 320 families currently living in the ancient part of Tbilisi will be housed in their new apartments.

This project, however, is quite risky: it requires the coordinated action of many sectors of the economy. Moreover, the success of the programme is directly linked to the state’s financial resources; not an unimportant aspect as the financial crisis is not over yet.

Currently, one of the major investors in the construction sector in Georgia is the state. The Georgian State is mainly involved in non-commercial projects: infrastructure, roads, bridges, reconstruction of the city’s ancient quarters. The state also owns many buildings recognized as part of the Georgian national heritage. Prime examples are the glass buildings in Tbilisi housing the Ministry of the Interior and designed by Italian architect Michele De Lucci, who was appointed “Georgian architect ad honorem” by president Saakashvili himself.

Most likely, Saakashvili wanted to thank the Italian architect for designing the Presidential House and another great piece of artwork which Saakashvili particularly adores: the bridge connecting the left and the right banks of the Kura river. The bridge is currently being completed.

In Georgia, politicization of public life is extremely high: nearly everything which goes on in the country can be connected to politics. Controversies are mainly related to architecture and infrastructural projects that don't seem to be urgently needed.

The opposition accuses the government of squandering its money on bridges and the reconstruction of façades etc., which is certainly very important, but also very expensive. And money does not grow on trees, especially during crises.

“The government must use that money to do more useful things,” the opposition demands. The opposition does not miss the chance to repeatedly state that most of these programmes are financed by international institutions and foreign donors.

The first one is making Tbilisi a city ready to attract national and international tourism; he argues that this is not possible without adequately reconstructing architectural heritage and without building well-organized, state-of-the-art infrastructure.

The second goal is to create employment, though on a temporary basis. Every single reconstruction project requires the work of hundreds if not thousands of people, and not only those directly employed in the construction industry, but also those employed in intermediate sectors.

The mayoral and city council elections will take place in Tbilisi on 30 May. The current mayor of Tbilisi, Gigi Ugulava, supported by the government’s majority, pays a visit to a different construction site every day. This builds his public image as an efficient and trustworthy manager.

In the meantime, the opposition candidates continue to list all the things the government could have done with the money it spent on reconstructing bridges and other architectural attractions in Tbilisi.

Whatever your point of view, there is no way to escape politics...