Diplomacy and change: on Georgia's recent access to H2020 funds 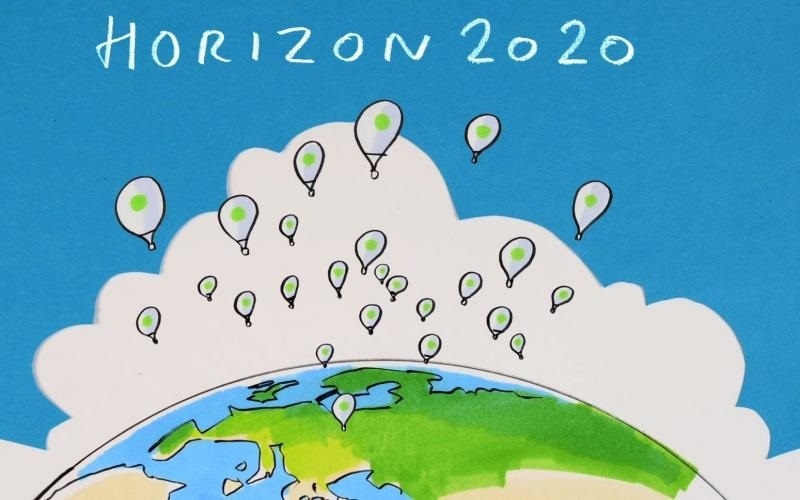 Georgia has now full access to Horizon 2020: a great opportunity for research and innovation but at the same time a challenge for scientists and academia

On the first of July 2016 Georgia signed an association agreement with the European Commission. This was the culmination of a number of agreements between the country and Brussels, granting Georgia a number of opportunities of direct access to funding.

In particular, on April 29th 2016, an agreement was signed by Georgia and the European Commission with regards to Horizon2020 funding. This was welcomed from both sides. Johannes Hahn, Commissioner for European Neighbourhood Policy and Enlargement Negotiations said that “the full association of Georgia into Horizon 2020 will allow its enterprises and research institutions to become even more competitive and resilient”.

The importance of this step goes beyond its official significance. Not only Georgian institutions can apply for funding as a consortium coordinator. They can now receive direct funding. It is an act of extreme confidence in the country, its resources and management capacities.

When can we expect change?

The new progresses mark a milestone in EU-Georgia relations. So far they could only be member of a consortium and their presence had to be somehow justified. Now, with no questions asked, Georgian organisations are fully entitled to be part of a consortium or even lead it and manage all the money. At least in theory.

The Ministry of Education and Research became concerned with the best ways to create a good environment for Georgian research institutes to apply for funding. Information days are held, H2020 is becoming widely publicised and university staff is invited to attend to learn more about the programme.

In addition to the Ministry, the Shota Rustaveli National Science Foundation, established in 2010 with the goal of enhancing scientific progress in the country through funding Georgian R&D activities, has now been endorsed with the hard task of putting Georgian institutions into shape for applying for EU funding.

As one of the first steps, the Foundation organised the workshop “Navigating H2020 and its rules principles Opportunities and challenges for Georgian scientists” that was intended to provide an overview on EU funding opportunities.

The workshop was designed in a way to provide Georgian scientists some approaches to strategic thinking, enabling them to choose the right scheme and optimise the use of their resources from the application to the negotiation and management phases of a research project.

The event was widely advertised, video recorded and it featured among its participants some of the most successful scientists in all disciplines of the country.

First rule: If you want money, you need to ask for it

The first rule of funding is that, if you do not apply for money, you will never get the money. Attendance at the workshop was already good. But one thing is to devote a couple of working days to something, a different story is to devote weeks, or sometimes months, to a large project applications meeting all the requirements for funding.

To give an idea of the effort, most H2020 projects prize the winning consortium with €1-3 Million but they are extremely competitive and long to write. European Research Council grants have a success rate of around 10%, other schemes like the Marie Curie RISE have around 25% of success rate. However, some other funding scheme might see 30 or more consortia applying with only one winning in the end (thus a 3% success rate).

This is not the only complication. Funding is allocated according to academic excellence. Countries with better scientific traditions, and more investments in science, are more likely to win than others. It is sufficiently to think that the UK research institutions absorb almost half of the available EU funding in research and development activities whereas countries like Latvian have a very low number of projects funded.

As a result, a workshop on EU funding is definitely a good start. But to foster participation a few challenges have to be addressed.

Georgian researchers need to be motivated to apply for funding. How to do that? First is to convince people who have been taught that academic life and research is about teaching and sometimes writing that actually if they want money they need to participate in a competition.

Financial incentives have been reported to work, with Estonia introducing a preparation grant scheme, prizing non-funded applications that score over the threshold. This has brought a number of major projects, and millions, to the country. Lithuania is now trying to emulate this scheme to encourage its scientists to improve their performance. This has been attempted in Georgia as well but might not be enough.

EU project design is very specific, H2020 applications have a large component of management and business writing, with the need to outline work packages, milestones and explain the commercial or at least societal impact of a project.

While this can be seen as a good way to bring academics back to earth, it requires academics to become entrepreneurs. Now, if people are in academia rather than in business it is because they have a certain state of mind. Change is possible but will take time (and possibly generations).

Once we have all this, academics need to be strongly motivated. Most EU-funded projects require an immense effort in terms of planning, design, creation of a consortium, learning of administrative procedures and even creation of new legal documents that are sometimes not in use in a university, and I speak out of personal experience. Who is willing to embark into this adventure?

Early career researchers have the ambition, not to say necessity, to proof themselves and are easier to convince. But have little experience or capacity to do that. More advanced researchers are already established and do not necessarily need extra funding or confirmation, they already have their capital.

Once the right people are identified, they need to be prepared and trained into quality writing. They also need to be trained into how to identify partners, strategically manage projects and identify opportunities. This is not an easy task and it remains unclear how long will it take to Georgian scientists to learn the rules of the (new) game.

Once this is done, Georgian scientists will face fierce competition by their UK, Netherlands, German, French or Italian counterparts. This might mean that it will take a few years before a Georgian scientist is able to lead a major European consortium.

Building capacity is a slow process and passes for a long learning phase. Ultimately, being a member, rather than the leader, of a consortium would enable Georgian scientists to gather experience, contacts and strategic thinking necessary to prepare a major project. This has been the learning process of most new EU members and is likely to be similar for Georgia.

But Georgian scientists, and institutions, could be (and had been) members of scientific consortia also before the signature of the recent agreement. A conservative estimate on the current situation would suggest that to see the effects of this agreement, beyond the declarative and diplomatic ones, one might have to wait for years.

But conservative estimates can be challenged, and proved wrong, a thing that is now the next task for Georgia and its national scientists.