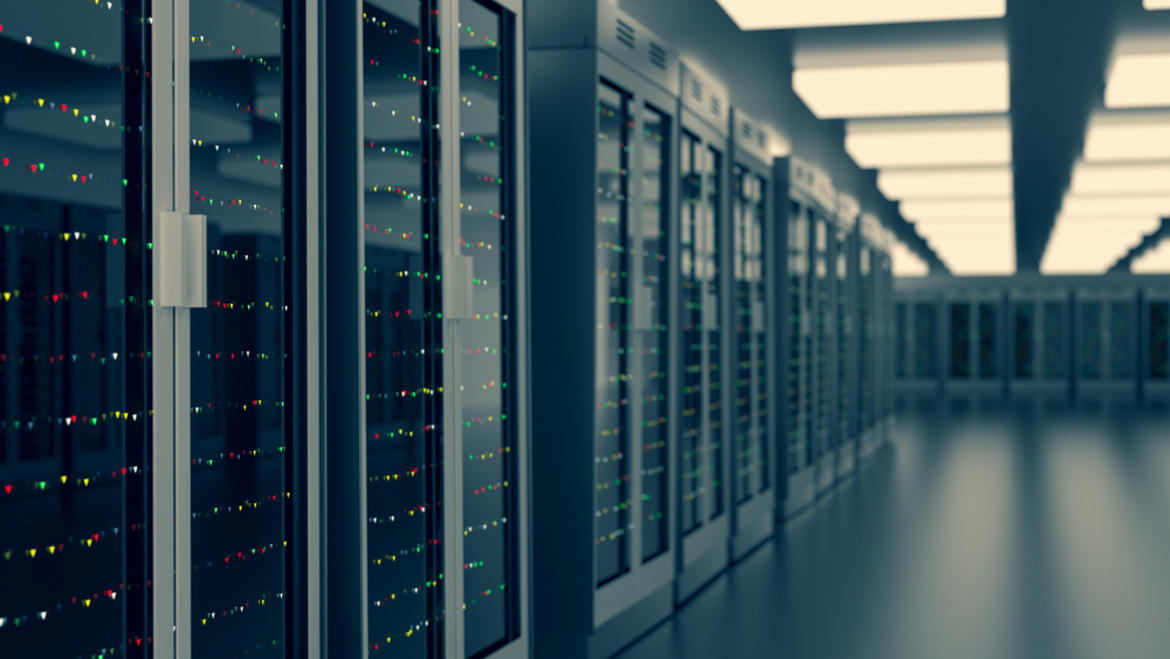 The energy needs of these physical infrastructure, where much of the world’s digital information is stored, have grown exponentially in recent years. While business has been booming, so have concerns about their sustainability and the environmental threats that data centres present.

Only five kilometres from the small city of Covilhã, in Central Portugal, a large, dark and lifeless box dominates the rural countryside that stretches from the town to the Sierra de Estrela. The structure, sitting by an artificial lake which makes up part of its 75 metre squared campus, is the largest data centre in Portugal and one of the most important in Europe.

In the era of digitalisation and the omnipresence of online platforms and social media, the fight for control and use of data has become a central element of the commercial strategy of tech companies, though they are not the only ones. Banks, insurance companies, game developers, the healthcare sector, crypto developers and practically any other sector which has a modicum of digital presence all depend on infrastructure like Covilhã.

Brimming with high-tonnage hardware and with a global energy consumption that outweighs some nation states such as Indonesia or South Africa , data centres are the physical spaces that prop up a large part of the internet. Nevertheless, very little is known about the location nor the environmental impact of the sector that has experienced a new implosion since the start of the pandemic .

According to Cloudscene , an Australian cloud software provider , there are currently 1,978 data centres spread across the EU’s twenty seven countries, with another 596 in its neighbouring countries such as the UK, Norway and Switzerland.

Germany has the most data centres by far, with 482. Nevertheless, not all centres are the same size nor are they proportional to the demographic or economic size of the state in which they are located. The Netherlands, for example, has the second-largest number of centres in the EU, with 280, the majority of which are in Amsterdam.

The Dutch capital, along with other cities such as London, Paris and Frankfurt, has become one of the great European hubs- by and large they are metropoles with a strong financial centre- of this emerging sector. Other cities joining the market are Madrid, Munich and Milan, all with more than 50 installations.

Although Europe is not yet in the same league as North America- the US and Canada have more than 3,000 installations between them-, there is no doubt that data centres are a huge part of the tech sector business model. In the US, five in ten of the largest real estate investment trusts have data centres in their portfolios.

In Europe, investment in data centres increased by 58% in 2021, according to ReportLinker . Furthermore, data from the consultants DCP shows that revenue from these installations in Europe will grow to €15bn by 2024, around 46% more than in 2020.

Data centres require large quantities of energy, from operating its systems to refrigerating equipment. With the accelerated growth of the sector in recent years, some have expressed concern at the environmental impact of the installations, capable of consuming between 10 and 100 times the amount of energy of a commercial building of a similar size.

According to the International Energy Agency (IEA) , at the end of 2019, data centres were responsible for 1% of global energy consumption. This figure does not take into account the energy impact of cryptocurrencies, which also relies on servers and hardware to store information.

The problem is that, just as with the number of centres and their location, very little official and up-to-date data is available on the energy consumption of these data centres in Europe.

“There is a general lack of transparency, especially in smaller data centres. Many operators do not share their energy consumption figures”, says Dominik Franjo Dominkovic, in conversation with EOM, a researcher at the Technical University of Denmark and Director of the Cool-Data project , focused on improving data centre energy efficiency in the Nordic country.

According to Dominkovic, the lack of data that is leaving small and medium-sized centres off the radar of efficiency investigators could be due to businesses fearing a tightening of environmental regulations, which they see as a burden without profit and which they do not want to add on top of GDPR laws, although the law does not affect this type of information.

At an EU level, one of the latest estimations on energy consumption, published in a European Commission report in 2020 , signalled that energy consumption among data centres had grown by around 42% between 2010 and 2018, making up 2.8% of the energy demand for the region. In terms of environmental impact, the hardest marker to measure in the sector , the study estimates that data centres could produce between 0.4% and 0.6% of the EU’s entire greenhouse gas emissions.

Even though concern among European institutions around the sustainability of data centres has been growing since at least 2008 , it was only in 2019 with the launch of the European Green Deal that new regulations were mooted in the sector from various parts of the Commission .

In light of this, the platforms that use data centres had already begun to take action. In January 2021, twenty-five companies- including tech giants such as Amazon and Google, though also some major companies in the European market like Equinix and Interxion- initiated the Climate Neutral Data Centre Pact , a voluntary- and rather spontaneous- agreement to pave the way in case tighter regulations were introduced by the EU.

The voluntary initiative from lobbying corners of the EU is nothing new. Energy efficiency and a green compromise have been recurring themes in the commercial strategies of tech companies for some time. The research project Natik , kickstarted by Microsoft following an intense publicity campaign, has monitored the viability of underwater data centres that the tech giant built in 2018 in the North Sea, off the coast of Scotland.

The premise? To demonstrate that this infrastructure, even in a trial phase, can be a solution to a vast energy consumption and environmental impact that is still continuing despite important advances in efficiency .

At the moment, the exponential growth in the sector still seems difficult to slow. According to a study by Eirgrid , Ireland’s public energy company, data centres will make up 30% of energy demand in 2028. In Denmark, where the Foreign Ministry advertises the country as a perfect destination to do business for data centres , another study by the Danish Council on Climate Change says that data centres will make up 17% of the country’s energy demands in the next ten years.

“One important initiative would be to include data centres within urban construction and development plans. This would make it easier, for example, to reuse the heat generated by the installations”, says Dominik Franjo Dominkovic, who points out the sustainability benefits that the centres can have: “In centralising the digital operations of many companies, data centres are helping to improve energy efficiency in other economic sectors”.